The bodies were discovered on Thursday morning; the mother is suspected to be in the vicinity 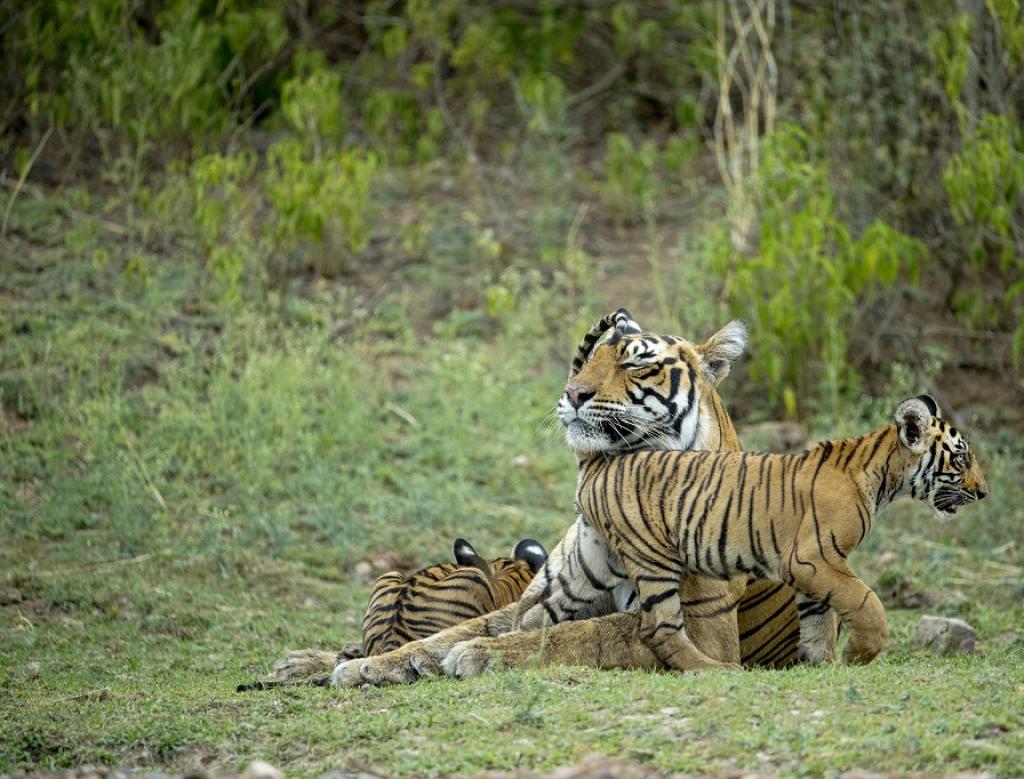 Three tiger cubs were mown down by a train while crossing a railway track with their mother in a forest in Maharashtra’s Vidarbha region.

The cubs’ bodies were found in the Junona forest range in Chandrapur district of Maharashtra on Thursday morning. They had been hit by the Balharshah-Gondia passenger train.

“There were three cubs. Two were found on the track itself while a third was found half a kilometre away from it,” S V Rama Rao, Chief Conservator of Forests, Chandrapur, told Down To Earth.

Some reports in the media had speculated that the cubs might have been killed and their bodies then thrown on the track. “That is not possible. The accumulation of blood on the tracks and the pug marks indicate otherwise. We also found the pugmarks of the mother and the cubs in the forest, which surrounds the track on both sides. The post mortem has been conducted and shows no signs of any foul play,” said Rao.

“We were able to reconstruct the sequence of events by looking at the pugmarks and blood stains. They clearly point to the mother and cubs crossing the track. But while the mother was able to cross safely, the cubs were not so lucky,” Rishikesh Ranjan, who works for the Forest Development Corporation of Maharashtra (FDCM), told Down To Earth. The FDCM is part of the state forest department and has been leased some parts of forest for productive forestry.

Andheria also spoke to Down To Earth about how the effect of linear structures could be mitigated. "Roads, railways, canals and power lines are linear infrastructures that potentially fragment the habitat of wild animals and act as epicentres of fatal accidents for innumerable wild species, small and big. If sound science is used in a timely manner, and if various stakeholders such as the Forest Department, National Highway Authority of India, Railways, the irrigation department and electricity boards come up with an integrated landscape-level plan, it is possible to provide a win-win solution for both development and conservation," he said.

He went on to add: "Ideally, no future linear infrastructure project should cut through the last remaining forests of India, as the forests have undergone high levels of degradation and fragmentation in the past 40 years. In some rare case, where there is no alternative alignment possible, scientifically vetted mitigation measures should be provided on roads, railway lines, canals and power lines to minimise the negative impact on species and ecosystems on the whole".