A tigress entered Almora from Corbett and was shot; Where is the accountability?

There is no vision to tackle incidents and situations of this sort in India; the country does not have infrastructure because political appointees control wildlife governing bodies 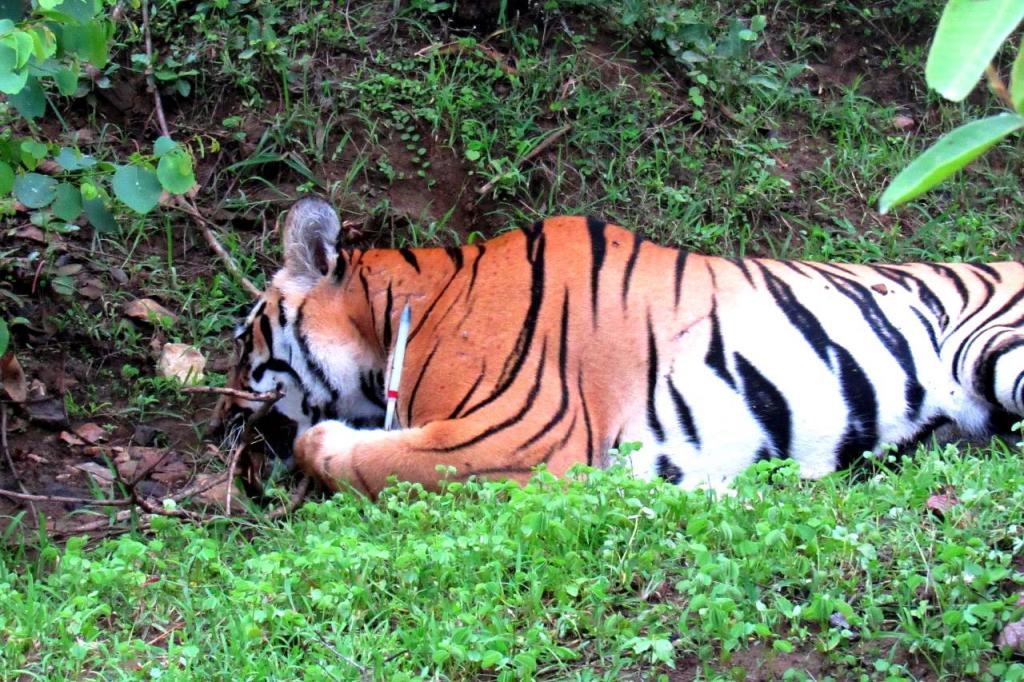 Ideally Corbett should have 200 tranquilising guns. It is such a big park. But I don’t think there are more than four, Nawab Shafath Ali Khan told Down To Earth

It could have been Avni 2.0, or a redux of what happened in Valmiki Tiger Reserve last month; instead, November 14, 2022 became a blot on India’s tiger management records.

A tigress strode into a busy marketplace in the district of Almora on the night of November 14, 2022. Then, in a move that has had many outraged across the country, the animal was shot with a service rifle used by forest department staff.

According to reports emerging from the area, the animal was aged 11-12 years. It had strayed into the Marchula Bazar area from the Kalagarh division of the Corbett Tiger Reserve.

The Times of India quoted Samir Sinha, chief wildlife warden of the Uttarakhand Forest Department as saying, “We have set up a probe. The director of Corbett has been asked to furnish a detailed report within 48 hours.”

A press statement issued by the Corbett Tiger Reserve said forester Mohan Chandra Bhatt had fired nine rounds from a .315 bore gun into the air to scare the tigress and push it back towards the forest.

“But the firing did not work and the tigress became more violent. It was then that forest guard Dheeraj Singh fired two rounds to the ground with a .12 bore gun. He could not fire into the air as a huge crowd had gathered on the rooftops. The tigress was hit in its right hindlimb by one round,” the statement said.

A postmortem revealed that the cause of death was excessive bleeding in the hindlimb due to the bullet. The statement said Singh had been suspended. An inquiry is also being conducted.

According to a number of media reports, the animal was not tranquilised. That is because India does not have enough veterinarians in its protected areas, Nawab Shafath Ali Khan told Down To Earth.

Khan had to face a lot of flak from wildlife activists after his son, Asghar, fired the shot that killed the tigress Avni in a human-dominated landscape, some 50 kilometres from Tipeshwar wildlife sanctuary in Maharashtra in 2018. Avni had killed 13 people.

“Ideally, Corbett should have 200 tranquilising guns. It is such a big park. But I don’t think there are more than four,” he told Down To Earth.

He added that there should be a rapid action team that should be able to cover the park within minutes. Khan, who has worked in Africa, noted that that protected areas there have small helicopters that can transport field staff from one part of the reserve to the other in a short time.

A rapid action team should ideally be reporting for duty 24X7. Their modern vehicle should be at standby. The team should consist of a driver, a tracker and a veterinarian. They can work in shifts.

“But that does not happen in our country. We have not learnt anything. Even after Avni. The National Tiger Conservation Authority is clueless as to what to do,” Khan said.

The problem, at the end, is related to power play. Both, the National Board for Wildlife (NBWL) and the State Boards for Wildlife (SBWL) are filled with people who are appointed by politicians.

“There is not one person who has worked on the field. The Prime Minister and Chief Ministers who head the NBWL and SBWLs should appoint people with field expertise in these bodies,” Khan said.

But the problem of lack of infrastructure is the most glaring. Why can’t the government invest in the latest technology used in such situations like the aforementioned helicopters, drones, tranquiliser guns, all-terrain vehicles?

“The Government of India is sitting on Rs 40,000 crore of Compensatory Afforestation Fund Management and Planning Authority (CAMPA) funds that it has collected from state governments. They have been turned into fixed deposits and interest is being derived from them,” Khan claimed.

If these funds are properly utilised, there would not be any lack of infrastructure in India’s protected areas.

The problem of human-wildlife conflict has been staring at India for decades now. Khan calls it a ‘ticking time bomb’.

In an overpopulated country like India, Corbett National Park’s boundaries should be defined, compartmentalised, have a 20-feet high chain link fence, so that the tigers are kept inside and the humans outside.

“There will be no encroachment. Stray cattle will not go in, diseases like foot-and-mouth will not affect our wildlife. That is the only common sense solution left for India. And CAMPA funds should be used from tomorrow,” Khan said.