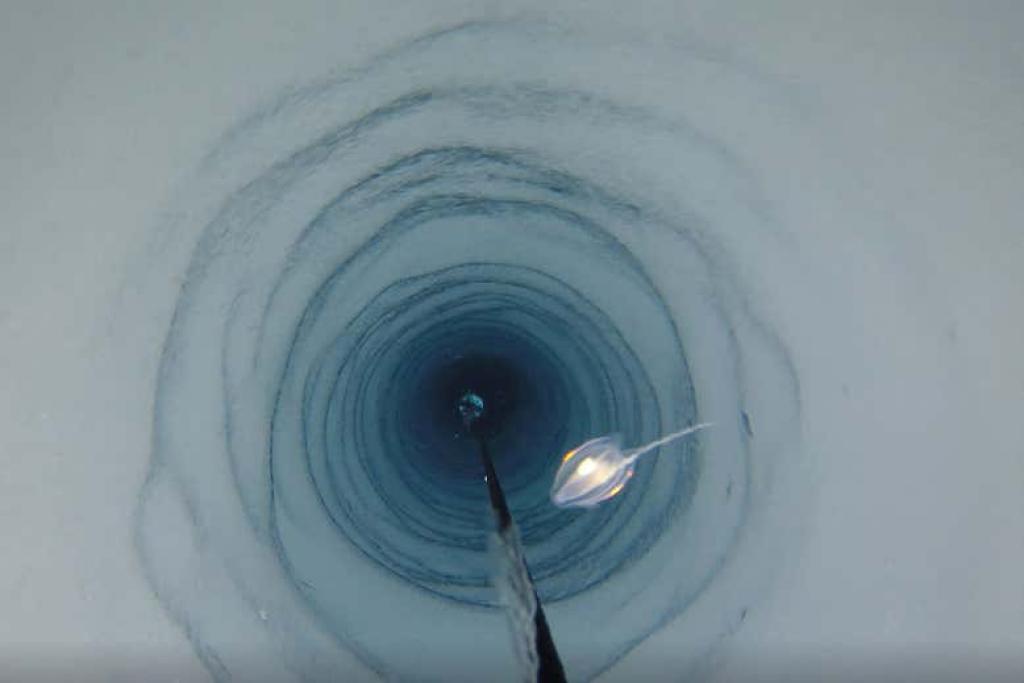 Researchers have accidentally discovered life under the ice shelves of the Antarctic — in extremely cold and harsh conditions. The discovery has left many of them baffled for it contradicts earlier theories of non-survival of life in such extreme conditions.

They discovered sessile sponges — a pore bearing multicellular organism and other alien species — attached to the sides of a rock beneath the ice sheets.

The study was published in the journal Frontiers in Marine Science February 16, 2021.

The unidentified species are estimated to be related to sponges, ascidians (sea squirts), hydroids, barnacles, cnidarian or polychaete. All of these look like bristle worms.

They used borehole cameras and recorded 16 sponges and 22 unidentified species attached to a rock, away from the sunlight.

The team identified one stalked sponge with 15 non-stalked ones. As many as 22 unidentified stalked organisms were also captured in images captured.

The study noted that the filter feeders of such organisms are known to adapt in temperatures up to -2 degrees Celsius. But the sponges were found in to survive in far low temperature.

The images of the rock with sponges were recorded by drilling through two boreholes in the Filchner-Ronne Ice Shelf, the second-largest ice shelf of Antarctic. It was 260 kilometres from the open water shelf where photosynthetic organisms can survive.

The drilling operation was carried out by researchers at British Antarctic Survey, the United Kingdom’s national Antarctic operation.

Scientists are yet to discover how these organisms access food. They said they would use Environment Deoxyribonucleic acid (e-DNA) technology in future to identify the organisms.

Until now, scientists believed that sea life decreased with increase in the depth of the Antarctic ice floor. The new discovery has now broken the assumed trend and challenged scientists to re-examine their theories about life beneath the ice shelves of Antarctic.

The presence of the recorded sessile and probable suspension community so deep under the ice shelf raises many ecological questions. Researchers still do not have practical samples to study how these organisms are living under extreme conditions and how they feed.