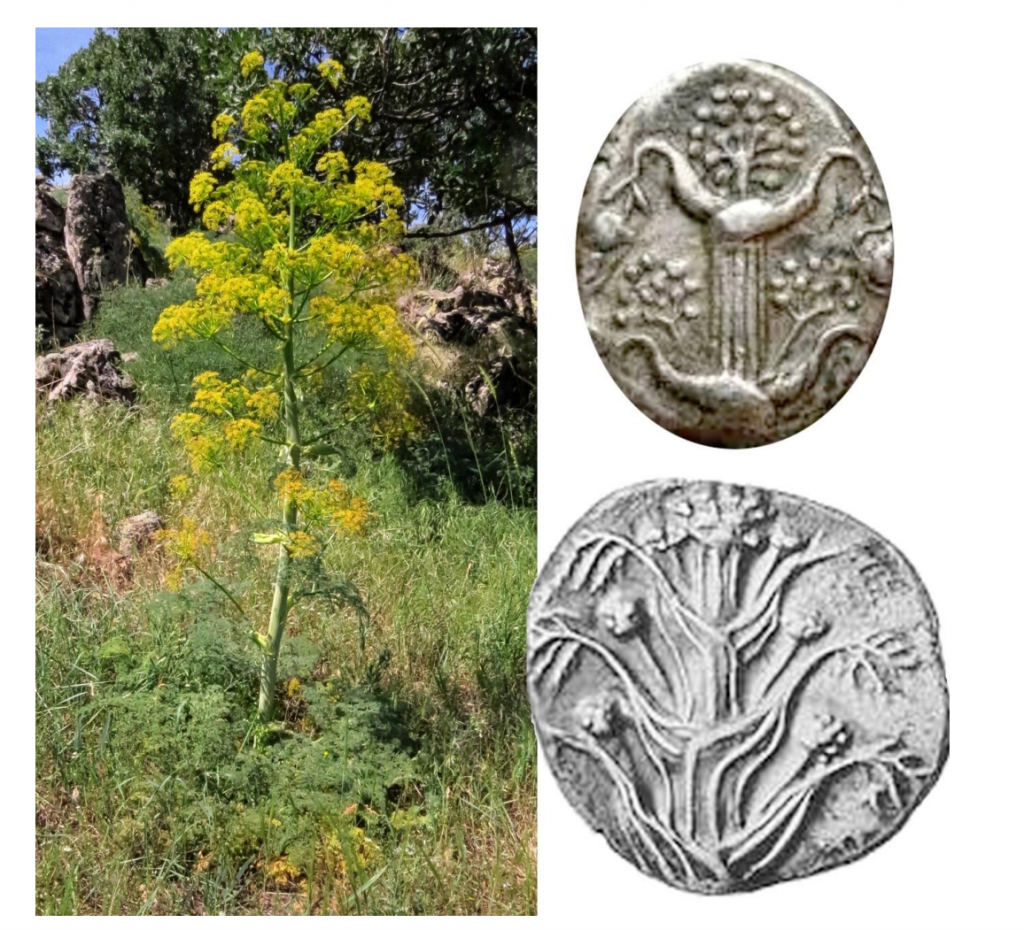 Photo: Mahmut Miski / Next Chapter in the Legend of Silphion, 2021

A Mediterranean medicinal plant considered a cure-all that mysteriously vanished 2,000 years ago may still be around, a recent study claimed.

A researcher from Istanbul University found a plant species in 2021 at three locations in Anatolia — modern-day Turkey — that resembled the ancient plant silphion.

The resin of the silphion was extensively used as a spice, perfume, aphrodisiac, contraceptive and medicine. It occupied an important place in the export economy of ancient Cyrene, an old Greek and later Roman colony near north-eastern Libya, according to a 2022 paper published in the journal Heritage.

The author of the report, Mahmut Miski, said the contemporary species Ferula drudeana matched the description of the ancient plant that bore yellow flowers.

It is “a good candidate for being the long-lost plant of the Greeks and Romans”, Miski told National Geographic.

Its stalks were eaten as a vegetable, while the roots were consumed raw. The plant was also used to preserve lentils, historical records showed.

Overharvesting may have driven the plant into extinction, many researchers believed.

But study published in the Frontiers in Conservation Science this year suspects that human-induced environmental changes could have been involved.

Widespread deforestation and desertification made Cyrenaica (modern-day eastern Libya) may have led to Silphium's disappearance.

These plants, according to the paper, may need cold and moist conditions for seed germination.

This is because the plants related to silphion, such as Ferula drudeana and Ferula asafoetida, also need similar environmental conditions for seeds to germinate, the study noted.

The Heritage paper published in the journal Heritage speculated that an increase in temperature might have increased evaporation, leading to unfavourable conditions.

Did it go extinct?

In a 2021 paper published in the journal Plants, Miski said he located Ferula drudeana in three regions that were once Greek villages.

“These locations were discovered serendipitously with the help of local villagers, and these plant populations grow in protected enclaves such as stone-walled orchards,” he wrote in his paper.

Depictions of silphion on coins suggest that the leaves were arranged opposite each other. This is rarely observed with the other Ferula species, except the Ferula drudeana species.

This supports the idea that the plant’s medicinal properties are consistent with historical records of silphion.

The researchers concluded that similarities in anatomical features suggest between Ferula drudeana and the silphion plant, implying a relationship between the two.

Similarities between their medicinal usages of silphion “strongly suggest that Ferula drudeana, presumably, is the silphion plant,” it added.

The researchers, however, have not been able to confirm this link because no specimen of the silphion plant exists.

Without a DNA match, researchers cannot have conclusive answers.

One way to do that is by looking for shipwrecks, Briggs wrote in the Heritage report.

“There may be waterlogged remains of ancient silphion on the Mediterranean seafloor, which could provide direct evidence of the nature of this elusive plant,” the paper read.

Trinklein raised concerns about other medicinal plants facing extinction threats. “One-third of these species are in danger of extinction due to overharvesting and encroachment,” he added.

Ferula drudeana, too, can be called a critically endangered species due to its low abundance, according to National Geographic.