Another endangered Great Indian Bustard dies due to electrocution 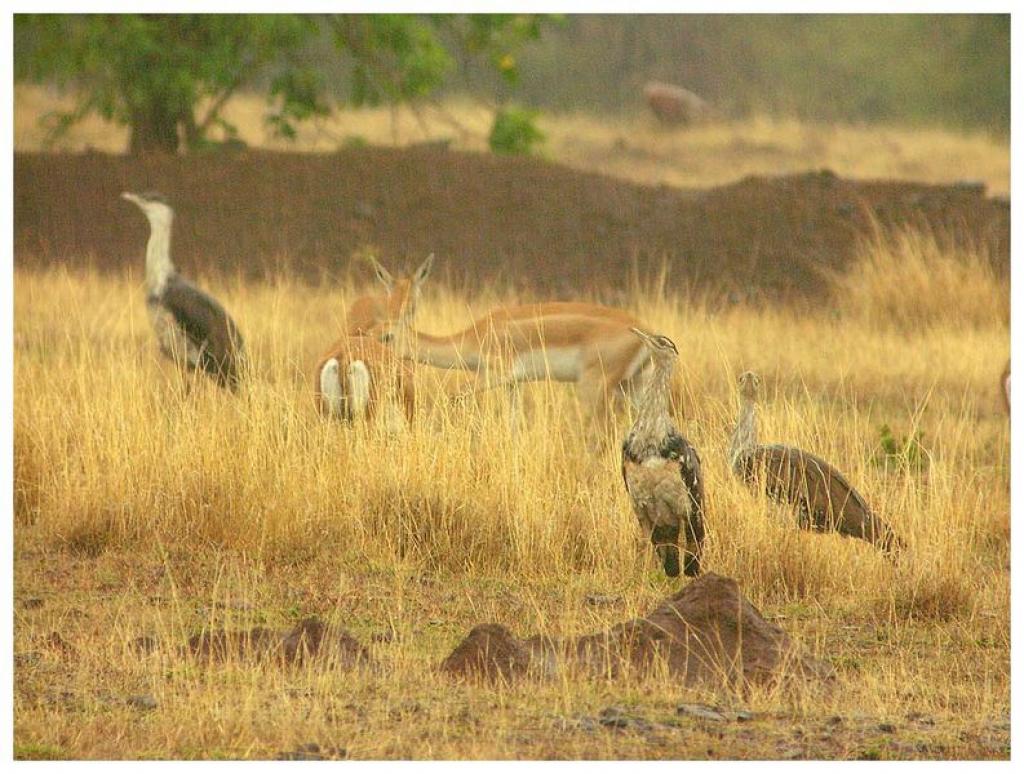 A Great Indian Bustard (GIB), one of India’s four most endangered animals, has died in Rajasthan’s border district of Jaisalmer due to collision with a power line.

A wildlife enthusiast found the male GIB, known in Rajasthan as “Godawan”, lying dead at Lakh-Singh-ki-Dhani in the district’s Ramdeora area. Officials from the Forest Department were informed on Wednesday morning. They, along with veterinarians reached the spot and conducted a post-mortem after which the body was disposed of.

The Deputy Conservator of Forests, Desert National Park, Ashok Mehria has confirmed the death of the bird. He said it appeared to have hit high-tension wires while flying on Tuesday night when it had also rained. The official cause of death will be confirmed by the post-mortem report, but it very likely to be power-line collision.

According to media reports, the discovery of the dead bird was followed by protests by wildlife enthusiasts annoyed over the silence and neglect by authorities about such accidents. They also reportedly climbed a high-tension wire pole to express their protest and came down after a lot of persuasion.

“This is the fifth GIB to have died due to collision with power lines in the last one year,” confirmed Sutirtha Dutta, a scientist and expert on the GIB at the Dehradun-based Wildlife Institute of India (WII) to Down To Earth. Since 2016, Dutta, along with senior WII scientist, Yadavendradev Jhala, as well as their team of researchers have been tagging GIBs in the Desert National Park, one of its last strongholds, to understand their ranging patterns and mortality sources and surveying power lines for dead bustards.

The GIB, the population of which is believed to be less than 150, is found in the states of Rajasthan, Gujarat, Maharashtra and some other parts of the Deccan. In a recent blog for Down To Earth, senior WII scientist Bilal Habib revealed that there may be less than 8 GIBs in Maharashtra, a former stronghold of the bird.

In a recent write-up, Dutta revealed that in the last decade (2007-17), at least nine individuals have reportedly died because of power lines. Dutta explained the reason as to why GIBs collide so frequently with power lines. “The evolution of their eyes with 3600 visibility for anti-predator vigilance comes at a trade-off of reduced frontal vision that is necessary to see the power-lines ahead while flying between habitats (Martin and Shaw 2010). Coupled with it, the heavy flight makes it difficult to maneuver wires when they are detected at the nick of the time…Most mortalities happen in low-light conditions such as twilight, when birds fly between foraging and roosting grounds.”