Sacred to Tibetan Buddhists, the black-necked crane faces a variety of threats in its only wintering retreat in India 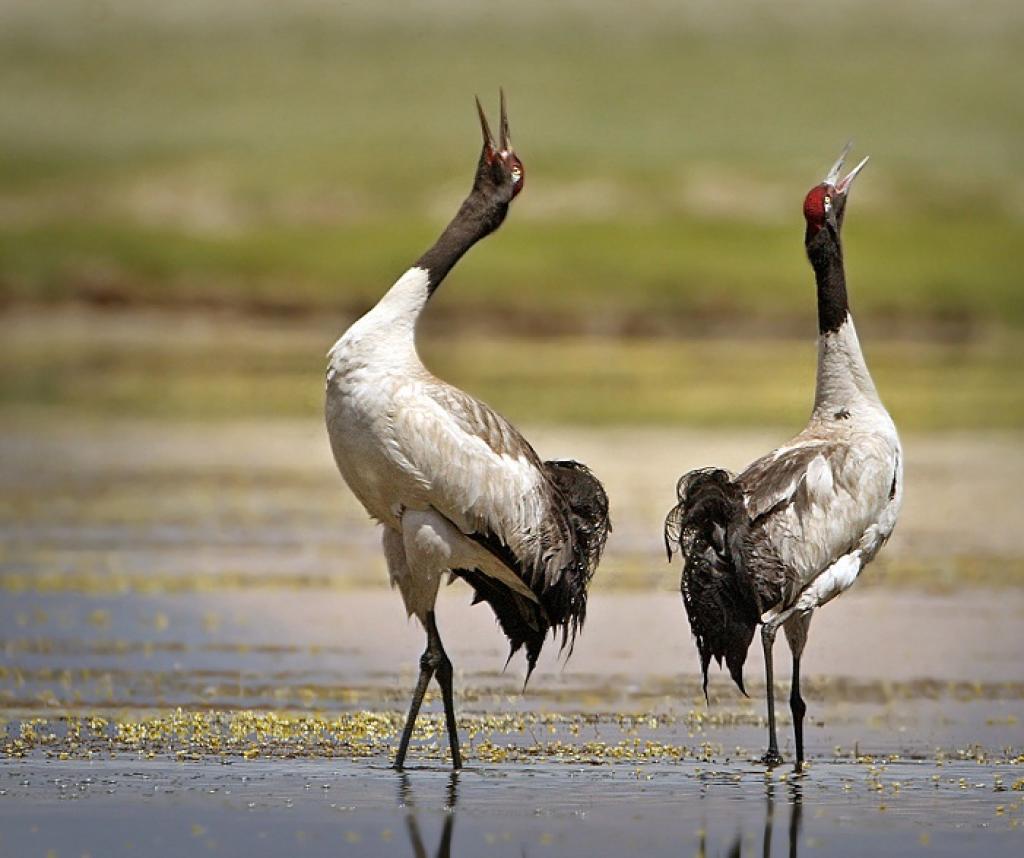 Even as the residents of Arunachal Pradesh’s border district of Tawang celebrate the arrival of sacred black-headed cranes to their winter grounds in their district, an expert says that more awareness is needed if the birds are to keep returning every year.

“We have to educate the local community about the variety of anthropogenic threats that these birds face in the area,” Daniel Mize, Assistant Professor, Ecology & Wildlife Biology, Department of Zoology, Rajiv Gandhi University, Itanagar, told Down To Earth.

The black-necked crane is a resident of Inner Asia—the regions of Xinjiang, Tibet (and the Chinese provinces carved out of it, namely Qinghai and Gansu) as well the Chinese Proper provinces of Sichuan, Yunnan and Guizhou. It also occurs in Jammu and Kashmir (of which it is the state bird) and Arunachal Pradesh as well as a few sites in Bhutan.

According to Mize, the crane breeds and winters in Xinjang, Tibet, Qinghai and Sichuan in China and Jammu & Kashmir in India. In Yunnan, Guizhou, Bhutan and Arunachal Pradesh, it only comes during the winters.

In Arunachal, the bird winters in three areas: the Sangti valley in West Kameng district, and Zemithang and the Chug valley in Tawang district. The cranes usually arrive in all three areas in late October or early November, and depart in late March or early April. Last year though, they did not come. A number of factors were cited as the reasons for their absence including a dam project (780 MW Nyamjang Chhu project) as well as sand mining.

This year too, the cranes did not turn up till November-end. However, on December 3, two cranes landed at Zemithang, much to the delight of locals, reported local daily, Arunachal Times.

The people in Sangti, Zemithang and Chug are mostly Monpas, who follow Tibetan Buddhism, which considers the black-necked crane as an embodiment of the sixth Dalai Lama. They thus revere the bird.

“Yes, they revere this species. So they will not hunt or kill it. But that is not enough. There are a number of other factors that are taking a toll on the bird. There has been encroachment of its habitat, predation by domestic or feral dogs has increased and there are now a lot of electric power lines near the wintering sites. Earlier, it was a remote area. Now, with an increase in the human population, there are more vehicles plying it. All these factors cause disturbance to the wintering birds. The local community has to be made aware that while they are not killing the birds, development done in their name is harmful to the crane,” Mize said.

About the hydel power project, Mize said, “The matter is sub judice. It has not started so far. But I am not sure about what would happen in the future.”

Conservationists and Arunachal watchers took to Twitter to note the arrival of the cranes.

After dam developers said there are no cranes at Zemithang Nelya IBA, the Black-necked Cranes show up, year after year, at their chosen wintering spots- only two places in Arunachal Pradesh, of which Zemithang is one. Birds know best, and they know no boundaries! https://t.co/LTnlKNHgSh