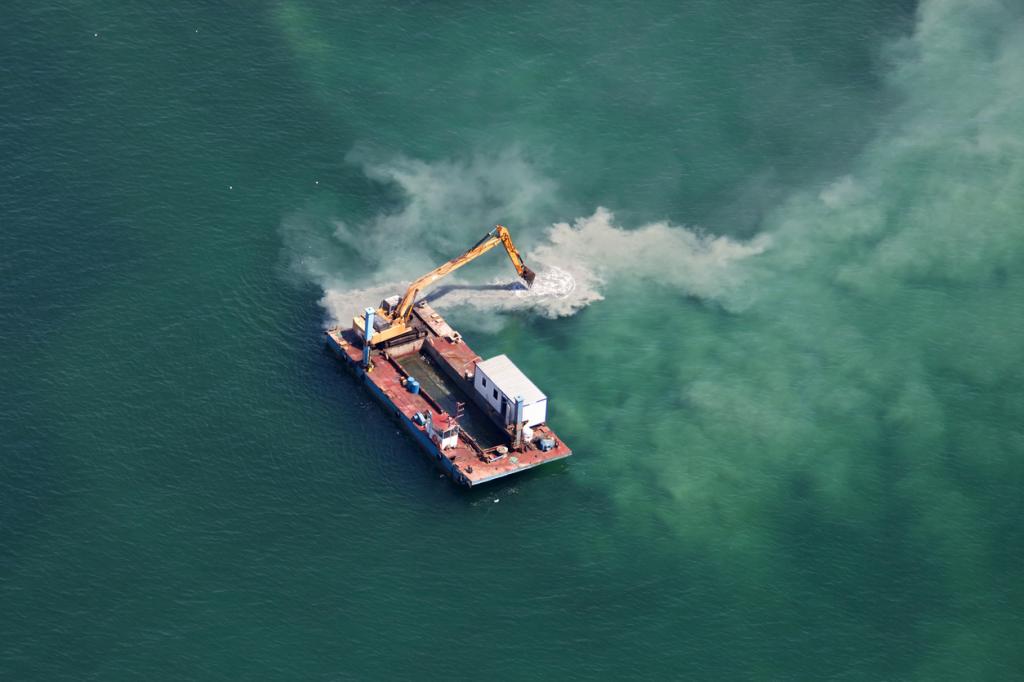 The 27th session of the Assembly of the International Seabed Authority (ISA) saw nations deliberating over the fate of deep-sea mining. While some countries called for a pause on exploitation plans, others stressed that the process should not be rushed.

Deep-sea mining involves extracting ores rich in cobalt, manganese, zinc and other rare metals from the sea floor. They contain critical minerals needed to build batteries for electric vehicles and renewable energy capacity, smartphones and laptops, according to experts.

Several nations, including India, have their eyes set on deep-sea mining. However, experts have raised an alarm over the potentially harmful impacts on ocean biodiversity.

“There is not enough rigorous scientific information available concerning the biology, ecology and connectivity of deep-sea species and ecosystems, or all the ecosystem services they provide,” said Jessica Battle, an expert on global ocean governance and policy at The World Wide Fund for Nature (WWF) told Down To Earth (DTE).

Without this information, she added, one could not understand the potential risks of the mining activity for deep-ocean biodiversity, ecosystems and human well-being.

The deliberations at the Assembly meeting came after Nauru, a tiny island northeast of Australia, invoked the United Nations Convention on the Law of the Sea on June 2021.

In doing so, it gave the ISA a two-year deadline to either develop regulations for deep-sea mining or allow mining proposals sans international consensus on rules.

ISA is an intergovernmental body under the United Nations responsible for developing a “mining code” — a set of rules, regulations and procedures for exploring and exploiting minerals in the international seabed area. It is also tasked with protecting the marine environment from the potential impacts of deep-sea mining.

At the Assembly meeting held between August 1 and 4, 2022, Chile noted that the request by Nauru was presented at one of the worst times internationally amid the COVID-19 pandemic.

New Zealand stated that if member nations did not agree on the regulations before the two-year deadline, the Council does not have to adopt exploitation regulations.

Australia stressed that the Council considers the implications and options if regulations are not framed after the two-year deadline lapses.

The discussions at the Assembly did not result in any outcome. The issue is expected to be taken up in future meetings.

“I do not expect any breakthrough in consensus in the two years,” Madhavan Rajeevan, the former Secretary of the Union Ministry of Earth Sciences, told DTE.

Belgium proposed that mining contractors be given an observer status at ISA. This would allow them to participate in the meetings, the representatives said.

A few member nations raised objections to allowing contractors as observers — a topic also expected to be discussed in future meetings.

There was a lack of transparency due to strict participation limits at meetings, a section of experts complained.

We cannot have decisions made behind closed doors about how to govern, protect and use resources that belong to every person on Earth.

There are other problems. ISA lacks a scientific committee, for instance, to guide decisions and monitoring and compliance body, according to a factsheet from the Deep Sea Conservation Coalition (DSCC). It comprises 100 non-government organisations, fishers organisations and law and policy institutes working to protect the deep sea.

There is also a potential conflict of interest, the factsheet read. States that sponsor mining activities are disproportionately represented in the Council, it added.

“There is room for improvement regarding transparency and managing the inherent conflict of interest,” Battle said.

ISA, she added, is tasked with ensuring effective protection of the seabed and setting the parameters for its exploitation, while also receiving revenue from issuing mining licenses.

India and a handful of other countries said ISA is meaningfully contributing to help achieve Sustainable Development Goals (SDG), according to DSCC.

This claim was challenged by DSCC, stating that deep-sea mining “is entirely inconsistent with SDG 14”. It deals with conserving and sustainably using the oceans, seas and marine resources for sustainable development, according to the consortium.

“Potentially disturbing ecosystems before we even understand them — and doing so knowingly — would fly in the face of our stated shared goals of both environmental protection and advancement of intergenerational human rights,” Bobbi-Jo Dobush, legal officer, The Ocean Foundation, a community organisation, told DTE.

“More specifically, it would run counter to the SDGs,” the expert added.

ISA has awarded 31 exploration contracts, according to its website. In 2016, India was given a 15-year contract to explore an area of 75,000 square kilometres for mining polymetallic nodules from the Central Indian Ocean Basin at depths of 5,000-6,000 metres.

India is perfecting its technology to mine the deep sea, while also conducting Environment Impact Assessment studies, Rajeevan said.