Forest officials say it is a marginal increase from last year 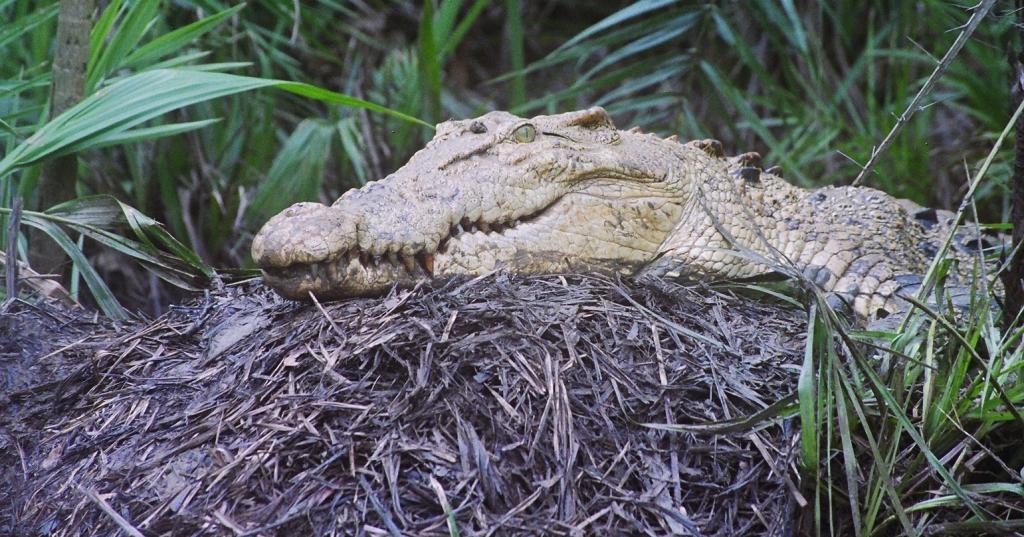 Forest officials counted a total of 103 saltwater crocodile nests in the Bhitarkanika National Park of Odisha’s Kendrapada district this years.

“Last year, we counted 101 crocodile nests in the park. This year, the number of nests has marginally increased,” Bimal Prasan Acharya, the divisional forest officer (DFO) of the park, told Down To Earth.

The nests are usually prepared using mangrove twigs, leaves and mud, said Acharya. They are usually made on high ground so as not to be inundated during either high tide or by flood waters during the rains, and also so that they can receive direct sunlight.

A female crocodile lays 50 to 60 eggs in a nest. Out of every 500 crocodile eggs in the wild, only one hatchling survives to adulthood.

According to the January 2019 January crocodile census report, the water bodies of Bhitarakanika are the home of 1,742 salt water crocodiles.

During their egg-laying season, crocodiles are usually aggressive and can attack humans at even the slightest sign of intruding into their nesting areas.

During the nesting season in 2019, two people were killed in separate incidents while fishing in the Brahmani river near Bhitarkanika.

To prevent human-crocodile conflict in the breeding season, the state forest and wildlife department have recently barricaded around 40 river ghats or steps leading into the rivers Bramahani, Kharosotra and Baitarani under the Aul, Rajnagar and Rajkanika blocks  near the Bhitarkanika National Park.

“We also warned villagers not to enter the river ghats beyond the barricaded areas,” added Acharya.

Many snakes including king cobras and pythons also laid eggs in the mangrove forests of the park.

A female python usually lays anything between 30 to 50 eggs and remains with her eggs till the entire period of incubation, which is roughly about 60 to 85 days.

“Many snakes laid eggs in the nearby villages for which we convinced the villagers not to kill any snakes or destroy their eggs. The forest officials banned the entry of anybody into the forest from May 1 to July 31 during the mating and breeding of snakes and crocodiles in the forest,” said Acharya.