At least 800 Olive Ridleys dead in Odisha since January 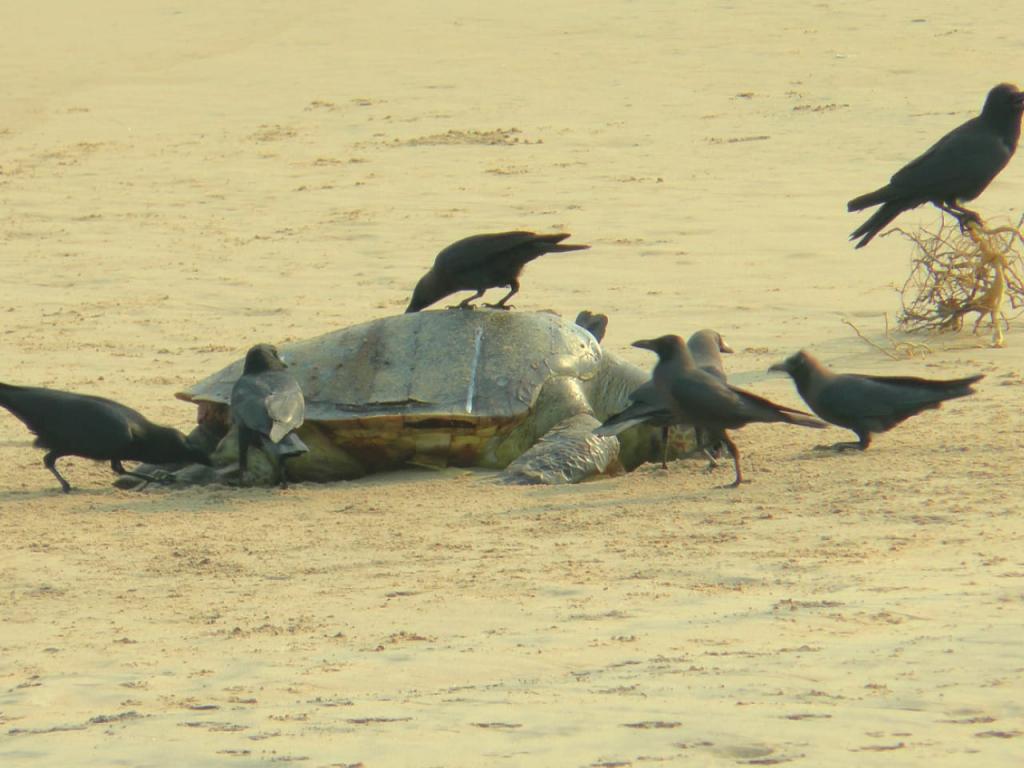 At least 800 Olive Ridley sea turtles died, their carcasses washed ashore since January 2021, on the beaches of Odisha — 30 kilometres along the Gahirmatha marine sanctuary and its nearby areas from Silali to Nasi beach.

Gahirmatha marine sanctuary is the world’s largest rookery of the sea turtles.

“Turtles die after getting stuck in fishing nets. Many dead turtles bore injuries, which pointed to the possibility of them being trapped in a trawl or gill net,” said Hemant Rout, environmentalist and secretary, Gahirmatha Marine Turtles and Mangrove Conservation Society.

The trawlers are supposed to fish beyond five kilometres from the coast, according to Odisha Marine Fishing Regulation Act, 1982. They are allowed to fish beyond 20 km from the coast in Gahirmatha marine sanctuary. But they violate the law and fish near the shore. As a result, turtles get caught in trawl nets and die, added Rout.

One of the two patrolling boats — purchased for Rs 6 crores four years ago — has been lying defunct for the last six months, according to Rout.

The risk to turtles can be reduced by equipping trawlers with turtle excluder devices (TED), which is a small additional net or metal grid inside the net that allows turtles to escape.

While the concept of enforcing legislation to use TED in trawler nets is not even remotely in sight, the government is planning to construct a riverine port at Akhadasali at the Mahanadi river near the Gahirmatha marine sanctuary. 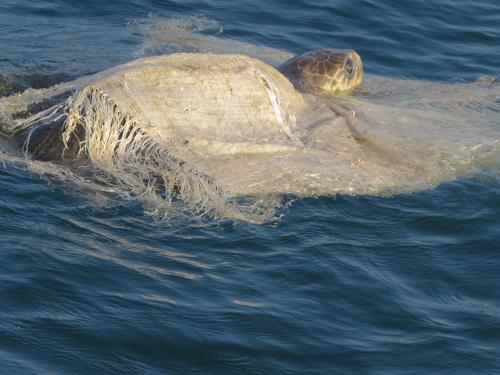 A turtle caught in the fishing net. Photo: Ashis Senapati

According to Biswajit Mohanty, secretary of Wildlife Society of Odisha, proposed ports will increase the flow of traffic and aggravate the threat to the sea turtles. A large number of sea turtles are already in danger due to the presence of plastic, polythene and other litter at the sanctuary as well as Rushikulya beach, another nesting site of the species. 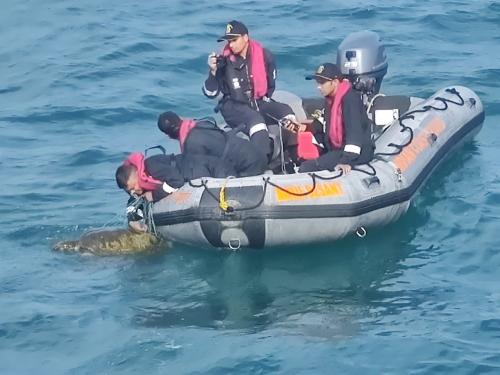 The state government imposed a ban order on fishing activities inside the Gahirmatha Marine Sanctuary, around 20 km off the shore from November 1, 2020 to May 31, 2021. The rookery of the turtles at Gahirmatha was declared a marine sanctuary in 1997 by the state government.

Besides preventing fishing in the prohibited zone, surprise raids are carried out on to prevent fishing within the turtle congregation areas, said Debashis Bhoi, forest range officer, Gahirmatha marine sanctuary.

The carcasses of Olive Ridley sea turtles are also driving away tourists from the Siali, Satabhaya, Pentha and Paradip beaches in Kendrapara and Jagatsinghpur districts due to stench from the dead marine species, much to the ire of local shopkeepers, hotel owners.

The carcasses caused foul smell, thereby making tourists reluctant to visit the beach. Forest officials bury a few dead turtles in shallow pits, as a result the beach is littered with dead Olive Ridley sea turtles, said Ashok Sahoo, a shop owner at the Siali beach, one of the most popular beaches there.