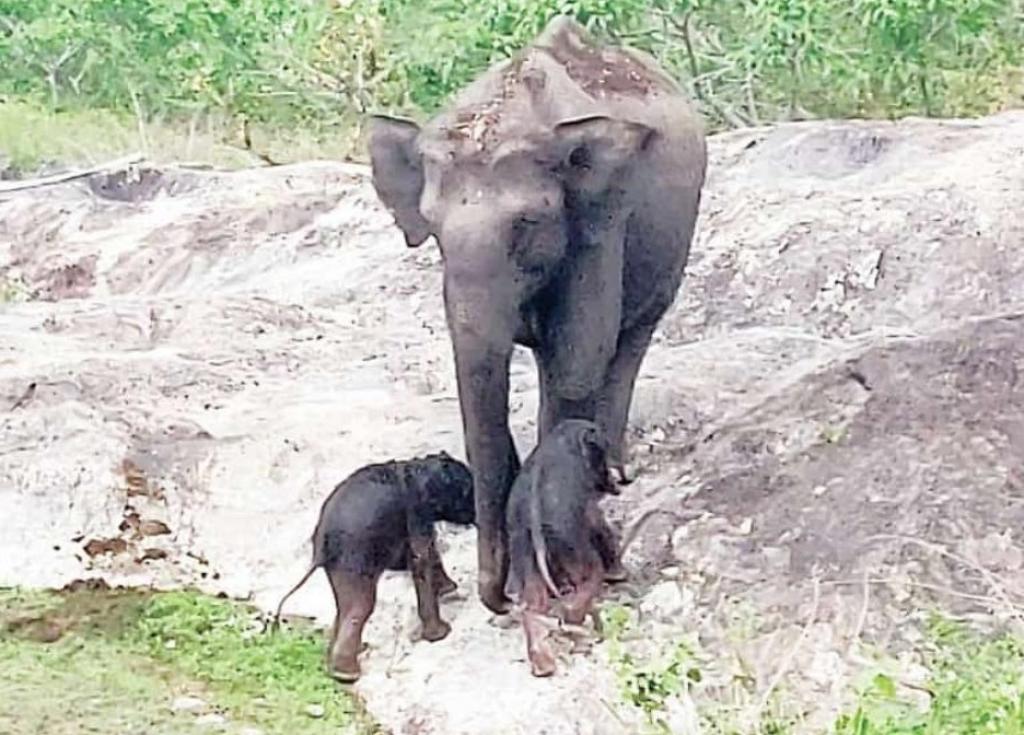 Wildlife and elephant lovers were in for a treat recently when news came of a cow elephant having given birth to twin calves in the Bandipur Tiger Reserve in Karnataka. Scientists Down To Earth spoke to confirmed that twinning was a ‘comparatively rare event’ for the world’s largest terrestrial animal and there were evolutionary reasons behind it.

The twins were born to the cow in a water-filled crater located just near the tiger reserve’s reception centre, the field director of the reserve, Ramesh Kumar told DTE.

“The calves were struggling to come out. The mother was not rescuing them. We feared they would drown. So, we brought them out of the pool. The family later returned to its herd,” Kumar added.

In general, it is rare for a mammal of large body size and high longevity (greater than about 20-25 years) to give birth to more than one offspring at a time. These species have evolved to maximise the survival rate of their offspring and, hence, do not need to have a large litter size. The females of such species also have only two teats and adequately nourish a single offspring at a time.

In species that invest longer time in producing a baby, taking care of two calves will be more difficult. Therefore, the incidences of twinning will be comparatively less.

A video showing the cow elephant and her twins. Shared by Siddappa Setty

Sukumar said the data he had compiled showed that twinning was only about one per cent of all Asian elephant births. “Of the three such instances I had recorded in south India, both the twins survived in all cases into adulthood. This is because of human care,” he said.

“In the wild, I have seen twin calves in Mudumalai many decades ago. I am not sure if both the offspring survived. Such studies are rare and require following the fate of new born elephant calves over many years,” he added.

The probability of survival of both twins would depend on the body condition of the mother, that is, her capacity to produce enough milk as well as the environmental conditions following the birth event.

“Thus, good rainfall can help the mother to obtain enough high protein forage and nourish the twins. I would suspect that twin daughters are more likely to survive as their demand for milk would be lower than that of twin sons,” Sukumar noted.

Should the new born twins in Bandipur be taken care of by humans? Experts DTE spoke to, firmly rejected the proposition.

“Intervention from humans towards any animal born in the wild is not correctat all. Nature must be allowed to take its own course,” Sandeep Tiwari, who works with WTI, told DTE.

“I do not think the authorities can do anything or even should do anything when they see twin elephants in the wild. They should leave it to nature, especially in the case of Bandipur whose elephants are part of a much larger elephant population in southern India.

“The survival or otherwise of a twin is not of much consequence to the dynamics of the overall population. Natural selection should be allowed to operate,” he said.