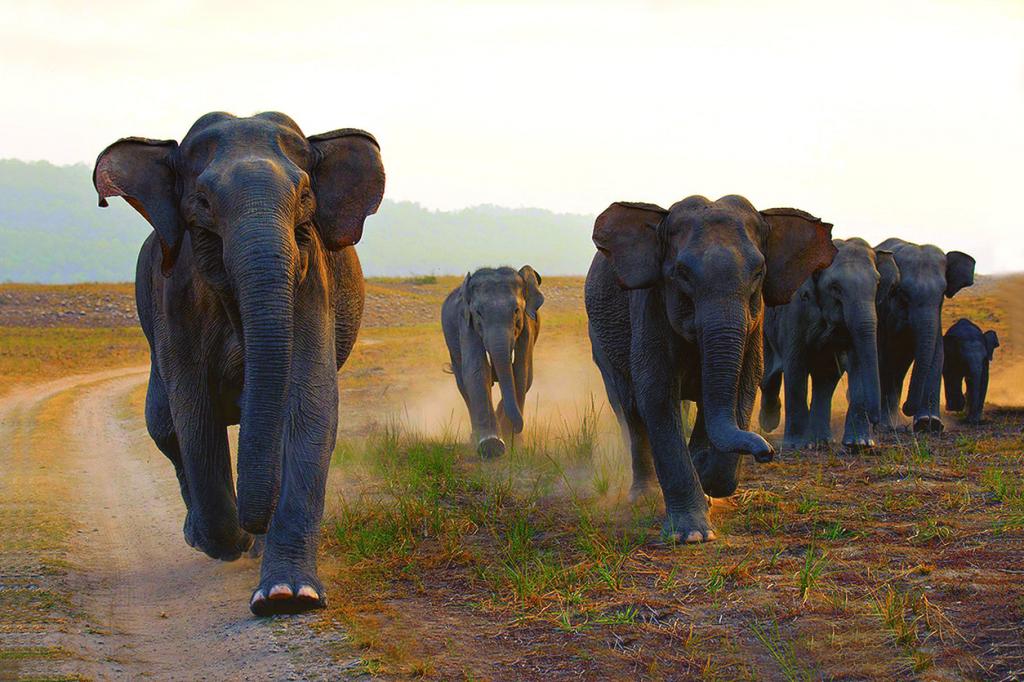 The forest department of Bihar has established an elephant rescue centre at Bihar’s Valmiki Tiger Reserve (VTR) to rehabilitate stray, abandoned and injured elephants, according to authorities.
The facility is in the process of getting approval from the central government, said VTR director Neshmani K. “Permission has been sought from the chief wildlife warden as well to keep the rescued elephants at the centre.”

VTR is spread over 899 square kilometres in West Champaran district, with Nepal to its north and Uttar Pradesh to its west.

VTR provides the perfect atmosphere for elephant habitation, experts said. In the last few years, several elephants stray into VTR from neighboring Chitwan National Park in Nepal, said another official of the state’s forest department. “They stayed there for a few months and returned soon, suggesting that VTR’s friendly habitat attracts them.”

At present, there are four elephants at the rescue centre in the eastern state, he added. All of them were brought from Karnataka in 2018 by the forest department.

The forests of Bihar don’t have any elephants right now, according to a senior official of the state’s department of environment, forest and climate change.

A study and survey have been conducted by a team of forest officials and wildlife experts on the availability of food, water and natural habitat for the rescued elephants in the VTR, said Neshmani.

Some forest officials will be trained by experts from Dehradun-based forest and wildlife institute to rescue stray elephants and take care of them in a natural habitat.

Officials said that there are nearly two dozen captive elephants in the state and private owners with proper license have been keeping them for years.

The number of tigers at VTR is nearly 40, VTR officials said.

The plan is not without drawbacks: The risk of human-animal conflicts, though not new, will remain high, experts stated.

Herds of elephants stray into Bihar either from Chitwan and Parsa wildlife sanctuary of Nepal or from forest of Jharkhand, according to a wildlife expert.

In the recent months, stray elephants from Nepal damaged thatched houses, standing maize crops in Seemanchal region and attacked people, according to reports.

But it is not new as man-animal conflict is common along the Indo-Nepal border and stray elephants enter populated areas, mostly rural, in search of food and favorable habitat.

“Keeping rescue elephants in a natural enclosure in VTR will be a big challenge for the forest department officials because possibility of human-animal conflict will increase if elephants enter nearby villages adjacent to VTR,” an expert said.

Last year, two people were killed in Araria district by wild elephants that strayed from Nepal and in 2019, elephants killed five people in Supaul district, they added.