Bright spots in backyard: Now India’s neighbours do their bit to up tiger count 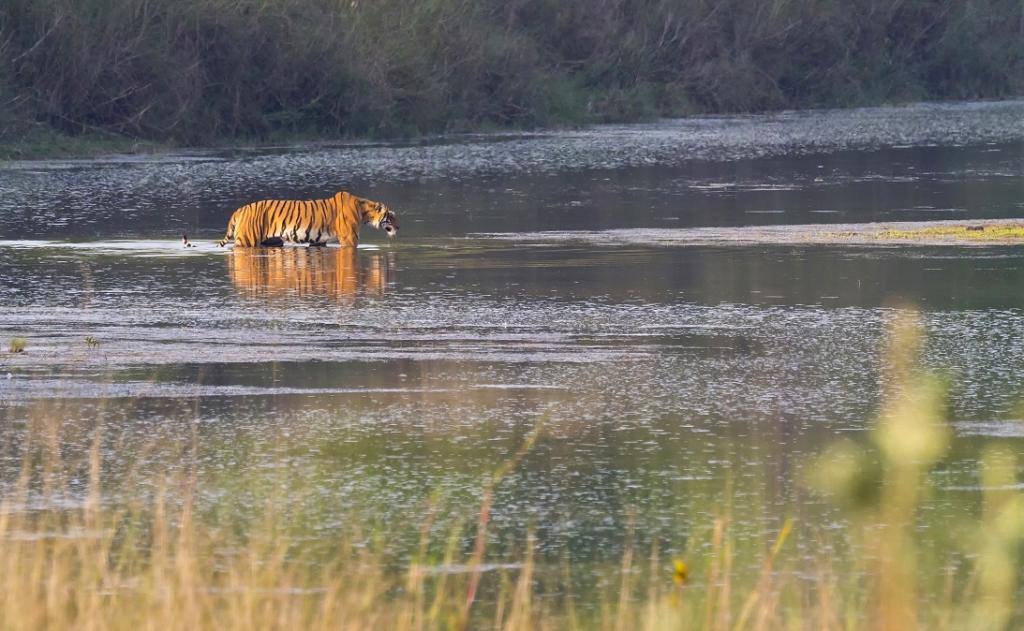 India has always been noted for its efforts at conserving tigers. Now, it seems to be the turn of its smaller neighbours, Bangladesh, Bhutan and Nepal. They are faring well at conserving tigers, say a section of experts. This, even as a new report by the International Union for the Conservation of Nature (IUCN) said south Asia accounted for 76 per cent of the global tiger population.

In fact, the IUCN report highlighted that tiger populations were rebounding in south Asia. “Representing 76 per cent of the global tiger population, South Asia’s tigers are gaining numbers, particularly in India and Nepal, from where new population estimates are expected any day,” it said.

The experts DTE spoke to, particularly lauded Bangladesh and Nepal for their efforts.

“Bangladesh is doing well in tiger conservation. Officials there learnt camera trapping techniques from the Wildlife Institute of India and are now carrying out their work of monitoring tiger populations in the Bangladeshi portion of the Sundarbans,” Krishnendu Basak, former landscape coordinator (Sundarbans), Tiger Conservation Project, Wildlife Trust of India (WTI), said.

Samir Sinha, chief ecologist at WTI, praised the practices being used in Nepal. “Most of the practices used in conservation are being adopted by Nepal. They have a zero poaching policy in place in their national parks. Community integration is very good. Village development committees are effective and contribute to conservation,” he said.

Like Bangladesh, Nepal also collaborates with India on tiger conservation. “There is a tripartite memorandum of understanding between the National Tiger Conservation Authority, the Department of National Parks and Wildlife Conservation (DNPWC) of Nepal and tiger reserves of India. The mechanism ensures  sharing of important information for protection and management and technical knowhow with Nepal,” Sinha said.

Similarly, there is trans-boundary cooperation between India and Bhutan as well. “At the moment though, we don’t know what is happening in Bhutan since COVID-19 caused strict lockdowns to be imposed,” Firoz Ahmed, who works with the Assam-based non-profit Aaranyak, told DTE.

But both, Basak and Sinha accepted that the conditions in India’s neighbours were vastly different from India itself.

“The tiger population in India inhabits different habitats and the tiger ecology is different from its neighbours such as Bangladesh,” Basak said.

“In India, we have more than 70,000 square kilometres under tiger reserves. Nepal’s tigers are concentrated in the Chitwan and Bardia National Parks and these are managed properly,” Sinha said.

Similarly, Bangladesh’s efforts at conserving tigers are mostly concentrated on the Sundarbans. Basak also accepted that the tiger population in the Sundarbans in both countries was stable and was not going down.

“The greater chunk of the Sundarbans mangroves are free of humans. Ecological parameters regulate the tiger population there,” Basak said.

There are individual tigers that use both sides of the border in case of Nepal and Bhutan and India.

“A total of 10 individual tigers were found to be ‘common’ between forests of India and Nepal between 2012 and 2014,” Tigers of the Transboundary Terai Arc Landscape: Status, distribution and movement in the Terai of India and Nepal, says.

“In Northeast Asia, numbers are relatively stable in Russia and likely increasing along the border with China. Of all regions, however, Southeast Asia’s tigers are faring the worst, with tigers having been lost from Cambodia, Lao PDR, and Vietnam since the turn of the century,” a statement by Panthera, the big cat organisation that assisted in the report, said.

“Hunting is a past time of most of the cultures of southeast Asia. They put up snares everywhere in the forests. So you have very good forests but they are heavily poached,” YV Jhala from the Wildlife Institute of India told DTE.

“There is no prey base and tigers are prized in the Chinese market. Most of the area is under Chinese influence directly or indirectly,” he added.

All eyes will now be on the second Global Tiger Summit this year. “In 2010, at the first Global Tiger Summit, the world committed to a highly aspirational goal of doubling global tiger numbers or at least reaching 6,000 individuals by 2022,” the statement said.

“Having fallen short of this goal, tiger range states and scientists will gather for the second Global Tiger Summit this year to set a new 12-year tiger recovery plan,” it added.