Will the presence of the tiger puncture the state’s stance against sending lions to Kuno? 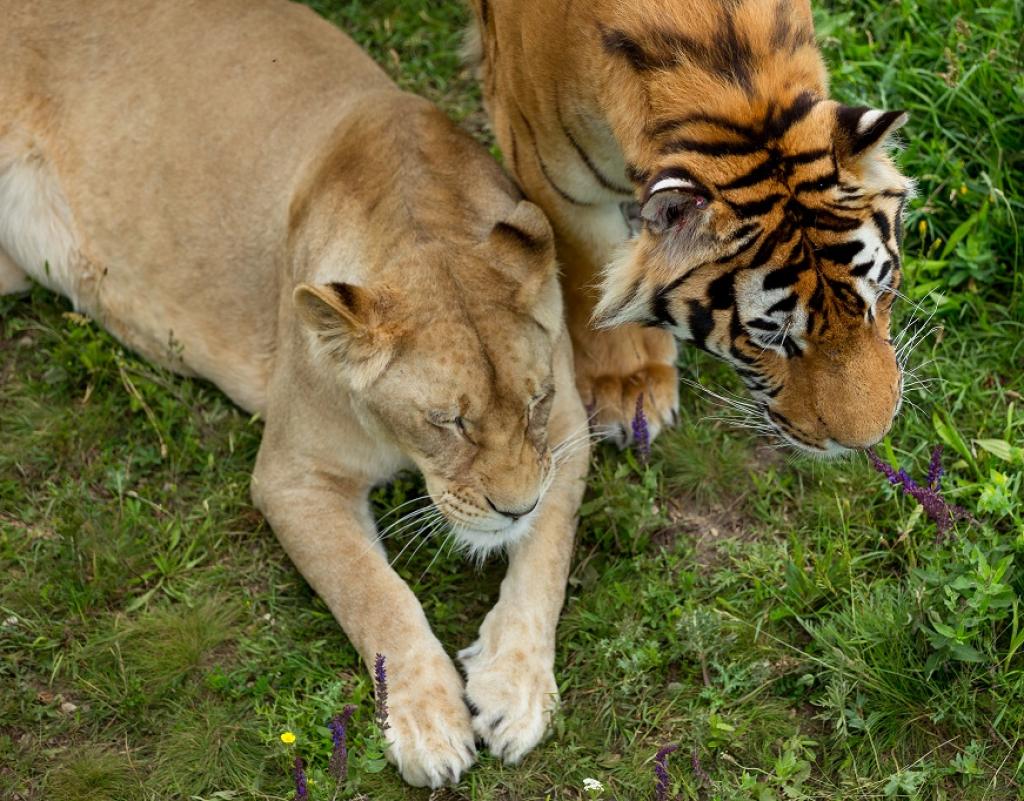 Gujarat now has the unique distinction of being home to both the Asiatic Lion as well as the Bengal Tiger after a camera-trap photographed a tiger in the Mahisagar district, in the north-eastern part of the state.

Tigers were frequently seen along the hilly and forested, tribal-dominated eastern border areas of Gujarat, known as ‘Poorvi Patti’ (the eastern belt). But the last one was sighted in 1992.

On February 6, 2019, a tiger was photographed on a mobile phone, crossing a road in Lunawada taluka of Mahisagar by a school teacher, Mahesh Mahera. In the days since, it has been caught on camera traps set by wildlife officials in the area.

It’s official now. After 27 years of wait, #Tiger is back to #Guajarat. A state where both #Lion and #Tigers are present on this day. A camera trap picture at Mahisagar division. pic.twitter.com/P7iWqfuU7Q

Till the early 80s, there were tigers in Gujarat, mainly inhabiting the forests of Dang, Narmada and Sabarkantha districts. The last one died in 1985 in road accident. Now Gujarat is 19th state in India to have #Tiger presence. Also a positive result for conservation efforts.

And while the lion and tiger in Gujarat are separated by the Gulf of Khambhat as well as the Central Gujarat plain and the expanse of Saurashtra, the discovery of the Lunawada tiger raises the question of whether the two cats can co-habit in one place together, a point raised by the Gujarat government most famously in its refusal to send Asiatic Lions to Kuno-Palpur Wildlife Sanctuary in Madhya Pradesh, given that there were tigers there.

What happens if lions and tigers come face-to-face?

“We can only speculate what is likely to happen — Will they fight? If they do fight, what will happen? We know that lions are stronger in a group against an adversary while the tiger is a solitary animal. Between both cats, the tiger is definitely stronger, pound for pound,” says eminent Mumbai-based lion researcher, Meena Venkataraman.

As for the Kuno question, Dharmendra Khandal, Conservation Biologist at non-profit Tiger Watch says that while he does not agree with the logic of those citing Gujarati ‘asmita’ (pride) against sending lions to Kuno, he is personally against the move but for entirely different reasons.

“Kuno should not have lions. It is typical tiger country. In fact, Kuno should be developed together with neighbouring areas to form a full-fledged tiger landscape,” Khandal told Down To Earth.

“In recent years, many tigers have migrated from the Ranthambore Tiger Reserve to neighbouring areas. These include T-98, T-56 who landed up in Datiya, Madhya Pradesh via Kuno, T-38, who has taken residence in Kuno and others,” said Khandal.

“Ranthambore, Keoladevi, Van Vihar, Kuno, Sheopuri, Datiya and the Shahabad forest of Baran make for an excellent tiger corridor and habitat. It should be developed to rival areas in other parts of India with significant tiger concentrations such as the Terai, the Western Ghats and the Sundarbans,” he added.

As for the discovery of the tiger in Lunawada, Khandal said nothing much should be read into it. “There is no need to draw any inferences. Let things be as they are,” he said.