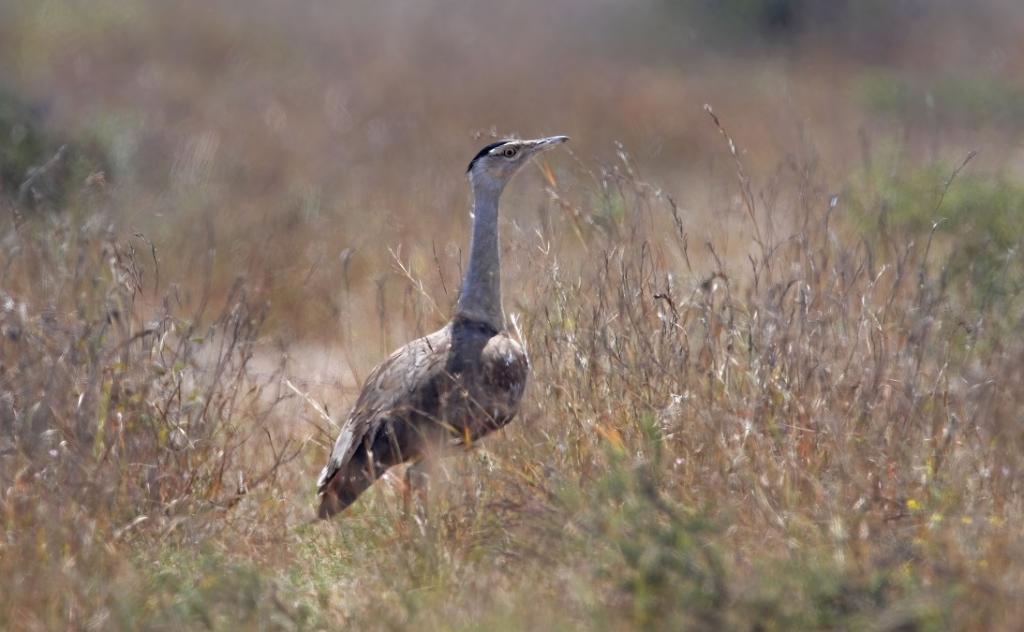 The GIB is endemic to the Indian subcontinent. But now, its population is limited to the grasslands of Rajasthan and Gujarat. Photo: iStock

A Supreme Court (SC) bench headed by Chief Justice of India DY Chandrachud asked the Union government December 1, 2022, if a ‘Project Bustard’ could be launched on the lines of ‘Project Tiger’.

The bench was hearing petitions throwing light on the critical situation of Great Indian Bustards (GIB) and their deaths due to electrocution from high-transmission power lines in Rajasthan and Gujarat.

Project Tiger, launched by India’s environment ministry in 1973, is touted as a huge success.

The GIB falls in the ‘critically endangered’ category of the International Union for Conservation of Nature’s Red List. It is a large bird, about a metre in height and with a wing-span of 2 metres. An adult weighs up to 18 kilograms.

The GIB is endemic to the Indian subcontinent. But now, its population is limited to the grasslands of Rajasthan and Gujarat. The last census in 2018 counted less than 150 individuals in the wild, of which 122 were in Jaisalmer. GIBs are slow breeders and lay only one egg every year.

A total of seven bustards have died in 2022 due to electrocution.

Can we not have a focussed approach by the environment ministry involving something like ‘Project Tiger’? Take instructions on it. Have a word with the Minister and come back to us on it.

In April 2021, the apex court ordered power firms in Rajasthan and Gujarat to lay underground wiring for all projects and install diverters on existing lines in the region.

The SC bench comprising Justices AS Bopanna and V Ramasubramanian, along with the CJI, added in the order that the installation of bird diverters was not complete according to the status report.

The bench directed the chief secretaries of the two states to assess the total length of transmission lines and the estimated number of bird diverters in the GIB’s priority habitat areas within four weeks.

The SC had also ordered the formation of a three-member committee to look into the possibility and technical aspects of undergrounding the high-tension power lines in the two states.

The committee comprises Sutirtha Dutta from the Wildlife Institute of India, Rahul Rawat, scientist at the Union Ministry of New and Renewable Energy (MNRE) and Devesh Gadhvi of the Corbett Foundation, a non-profit.

AG Venkataramani and Additional Solicitor General Bhati had also submitted that the additional secretary of MNRE and the chief executive of the Central Transmission Utility of India Ltd (CTUIL) be included in the three-member committee. They had said it would facilitate the work of the committee if it would have domain experts.

However, the bench decided not to tinker with the committee, adding that the existing committee was free to consult CTUIL as domain experts, as and when required.