Cheetahs in India: New cats on the block

India’s plan to reintroduce cheetahs has chances of success, but uncertainties remain 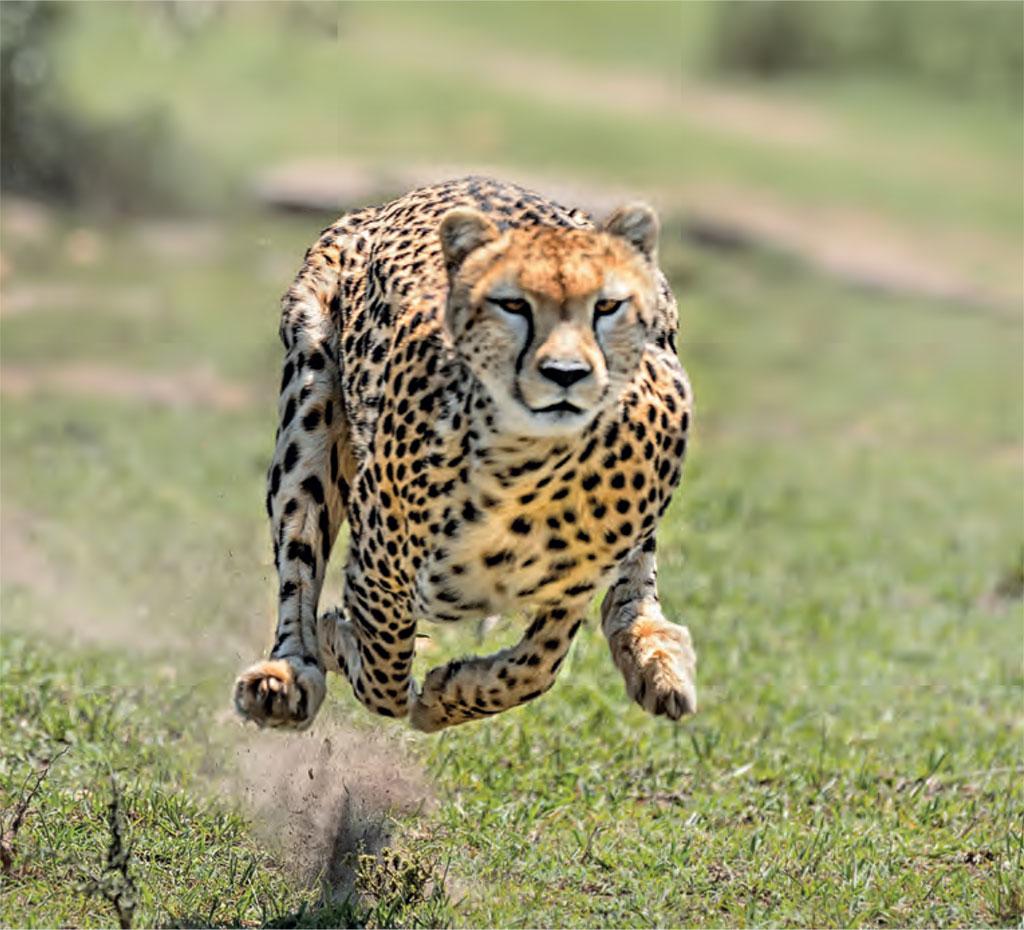 “When” is the question that occurred in the minds of wildlife experts and aficionados in India when news first broke of a plan to bring African cheetahs into the country, after approval from the Supreme Court in January 2020.

People in the know of the matter have so far been saying this will happen in early 2022. However, in light of events that unfolded as we bid farewell to last year, this reported timeline has raised questions.

First is the emergence of the Omicron variant of SARS-CoV-2, the virus that causes COVID-19. The variant has once again reignited the pandemic that people globally were hoping was on the wane.

Omicron was first identified in South Africa, where it reportedly resulted in a third wave of infections. The country is also home to 10 of the 13 African cheetahs identified for translocation to India, according to YV Jhala, dean, Wildlife Institute of India, Dehradun, WHO is heading the project.

The other three cheetahs will come from Namibia. Both South Africa and Namibia are part of the Southern African Development Community, a group of 16 countries from the region.

Post the spread of the Omicron variant, several countries imposed a travel ban on these countries—how this affects the cheetahs’ arrival in India is anybody’s guess.

The other potential hindrance is the delay in permission for translocation by the Convention on International Trade in Endangered Species of Wild Flora and Fauna (CITES), as per news reports.

“Wait and watch” is only answer available to these questions thus far. But the project itself has brought up a whole host of enthusiastic debates for several reasons.

First, is this experiment an introduction or a reintroduction? Dereck Joubert, a Johannesburg, South Africa-based wildlife filmmaker, opines that it is the latter, because India did have cheetahs at one point.

The last three cheetahs living in the country were killed in 1947 by Maharaja Ramanuj Pratap Singh Deo, ruler of the erstwhile Koriya state in what is known today as Chhattisgarh. The species was officially declared extinct in in India in 1952.

The country, in fact, has a long history of cheetahs. The name “cheetah” comes from the Sanskrit word chitraka that means “spotted”.

“The earliest historical references of cheetahs are in classical Greek records of India from the geographer Strabo, about 200 years before the Common Era,” says Divyabhanusinh Chavda, a wildlife conservationist and author of The End of a trail: The cheetah in India.

“Coming down to the Mughal Period, the cheetahs were used extensively for hunting. Mughal Emperor Akbar had 1,000 cheetahs in his menagerie. People in Central India, particularly Gwalior State and Jaipur State, used to hunt with cheetahs,” he adds.

Joubert also believes that the Asiatic cheetah that existed in India and the African cheetah set to arrive now are genetically similar.

This should assuage concerns of “genetic purity” from those WHO believe the translocation should have been planned with Asiatic cheetahs in Iran (which itself has less than 50 of the animals) rather than the African species.

Can they survive here?

Next arises the question whether the arriving cheetahs would bring diseases that could threaten other feline species.

On this, says Joubert, “There are very few diseases unique and specific to predators that are not already present. Transmission of these to the endemic tiger population is a cause for concern. But some of the parasitic load diseases are already common to both species cheetahs and tigers.”

This point brings up a larger debate on coexistence. The cheetahs are to be brought to Kuno National Park, located in the Sheopur and Morena districts of Madhya Pradesh. The park is already home to around 30 leopards.

Tigers from the Ranthambore Tiger Reserve in Rajasthan, 140 km away from Kuno, are also believed to migrate to the park. The proximity of three predators in the same ecosystem is fraught with risks.

“There will be intra-guild competition between the big cats in Kuno,” says Faiyaz Khudsar, a wildlife biologist formerly associated with the park. A guild is a group of species that exploits the same resources or different resources in a similar manner.

“More aggressive predators such as tigers and leopards will compete with the cheetahs. They may be driven to the outskirts of the park, where they could come into conflict with humans,” he adds. 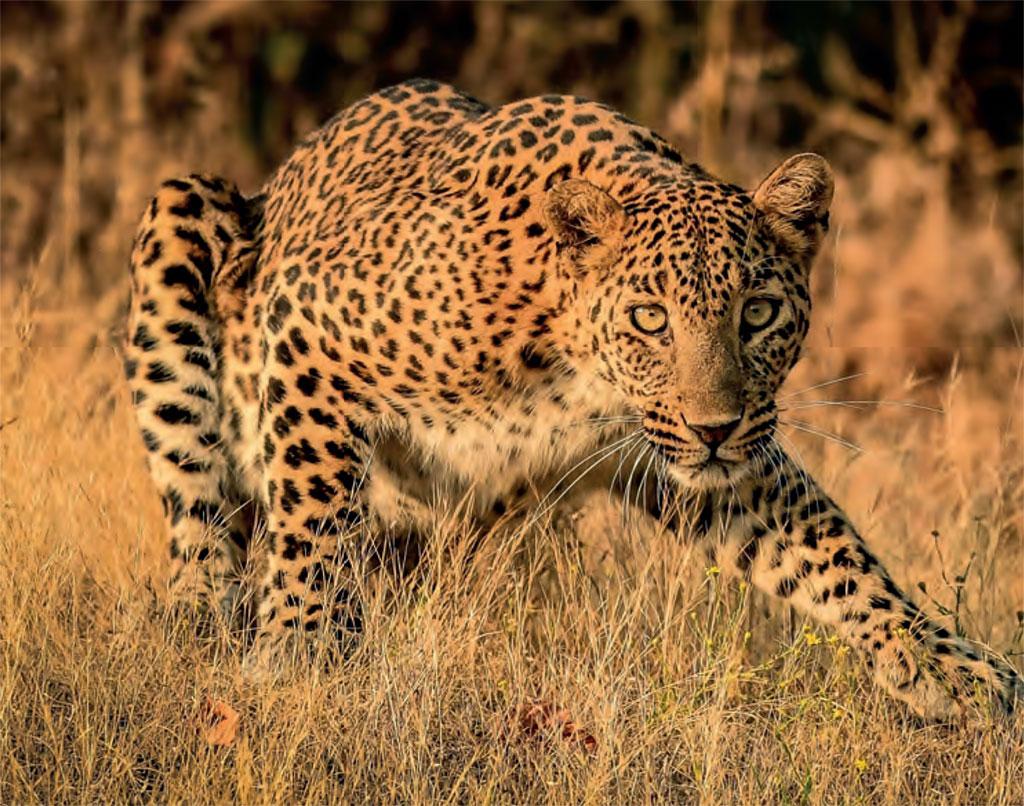 However, other experts do not agree. “The authorities must expect some kind of attrition and not be overly worried, as those are natural interactions. About one in 10 cheetahs in the savannahs of Africa are killed by lions. So, we can expect about one in five cheetahs to be killed by tigers in Kuno,” says Joubert.

“If the project managers’ ambition is to recreate and revisit a natural interactive landscape and habitat, they must expect some deaths and tolerate the negative and damaging interactions to cheetahs,” he adds.

Moreover, says Laurie Marker, WHO heads the Cheetah Conservation Fund in Namibia, “the cheetahs being brought to India are not naïve. They are used to living around leopards, lions and hyenas … In a perfect ecosystem like the Serengeti (a wildlife park in northern Tanzania, Africa), we see a 90 per cent loss of cubs. We cannot do worse than that here.” The Cheetah Conservation Fund will provide three of the cheetahs marked for the translocation.

Next comes the debate on acclimatisation of the cheetahs. For a few months they arrive in Kuno, the animals will be kept in an enclosure called a boma, according to Jhala. Prey will be released into this enclosure for cheetahs to catch.

This is called a “cold release” and is a common strategy used in Africa, says Joubert. “A hot release would entail flying them in and letting them go to fend for themselves. It works for some species such as the white rhinoceros,” he says.

However, in the case of cheetahs, translocation will build up stress and they will lose weight. “So, you want to give them a fighting chance. You want to put them in some sort of an enclosure, build them up again and then release them. You also want to introduce them to new prey. Humidity would be a problem for many of these cheetahs; so they require a gentle phase-in,” he says.

That brings us to the last point of debate: the suitability of Kuno for the cheetah. “The preferred habitat for African cheetahs is about 80 per cent savannah grasslands. Cheetah are fast-running animals and they use their spots as camouflage. But they need long open spaces to run,” says Joubert.

Kuno, however, is now a woodland, says Khudsar. “Farmlands in Kuno have been taken over by woodland plants such as Ziziphus nummularia or jhar beri in Hindi, Acacia leucophloea or reonj and Dichrostachys sinerea or birbira,” he says.

Joubert says cheetahs have been known to survive in woodland. “We find cheetahs to be quite good at navigating the whistling thorn and acacia scrublands in places like the Maasai Mara game reserve.”

However, food could prove to be a real cause for concern. In a 2018 article in Down To Earth, Asad Rahmani, a former director of the Bombay Natural History Society, had noted, “When the Asiatic Cheetah (Acinonyx jubatus venaticus) was found in India, Blackbuck was its main prey, along with Indian Gazelle (“Chinkara”) in some areas. There are numerous Mughal and Rajput paintings showing Cheetah chasing a herd of Blackbuck. Emperor Jahangir, while traveling from Delhi to Agra, noted that Blackbuck were so numerous, they were never out of sight during his journey.”

There are hardly any chinkara or blackbuck left in Kuno now, as per a 2013 study by the Wildlife Institute of India titled Status of prey in Kuno Wildlife Sanctuary, Madhya Pradesh. In such a case, will the cheetah project aimed at seeing the majestic predator once again run through India’s land, be realised? The answer for this, just like for the timeline of the project, is to “wait and watch”.