Menon, who heads conservation non-profit Wildlife Trust of India, was awarded the award for his efforts towards wildlife enforcement at the ongoing CITES meet in Geneva 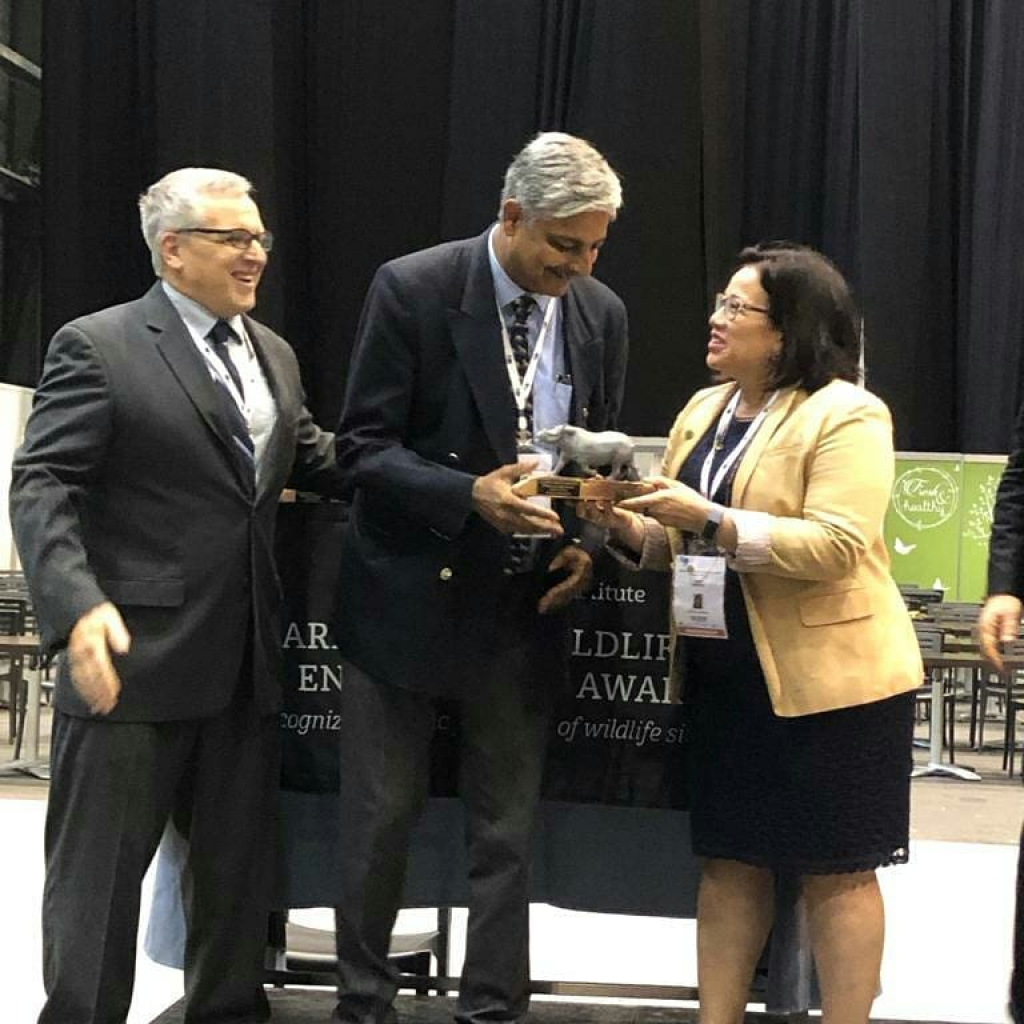 Menon was presented the award by Ivonne Higuero, the secretary general of the Convention on International Trade in Endangered Species (CITES). The eighteenth meeting of Conference of Parties to CITES is currently being held at Geneva.

The Bavin award is instituted by the Animal Welfare Institute for wildlife law enforcement officers, law enforcement agencies, agency administrators, criminal investigators, forensic scientists, attorneys, informants, and others who have gone beyond the call of duty and demonstrated a commitment and dedication to combating wildlife crime, according to a press statement.

In his career spanning three decades, Menon has been at the forefront of wildlife enforcement, including going undercover in his early days busting international wildlife trade operatives.

He co-founded TRAFFIC India with his mentor the late Ashok Kumar and his early work on rhino poaching was published by TRAFFIC-International. This was followed by years of work on controlling the illegal ivory trade and poaching of the Asian elephant.

Menon has also served on several advisory and technical committees of the Central government including the Project Elephant Steering Committee, Task Force on Elephants and the CITES Advisory Committee.

He has trained enforcement staff of over 50 countries in prevention of illegal wildlife trade, served as a consultant to the Kenya Wildlife Services and helped establish the first elephant reserve of Myanmar.

“The award was an unexpected but very pleasant news to me”, Menon was quoted as saying in the statement. “I am humbled to receive it because the essence of the award totally aligns with the conservation and enforcement approaches that I have adopted to make a dent in wildlife crime,” he added.