India puts forward proposal to move it to Appendix I; Common hippo, straw-headed bulbul, African elephant at risk too 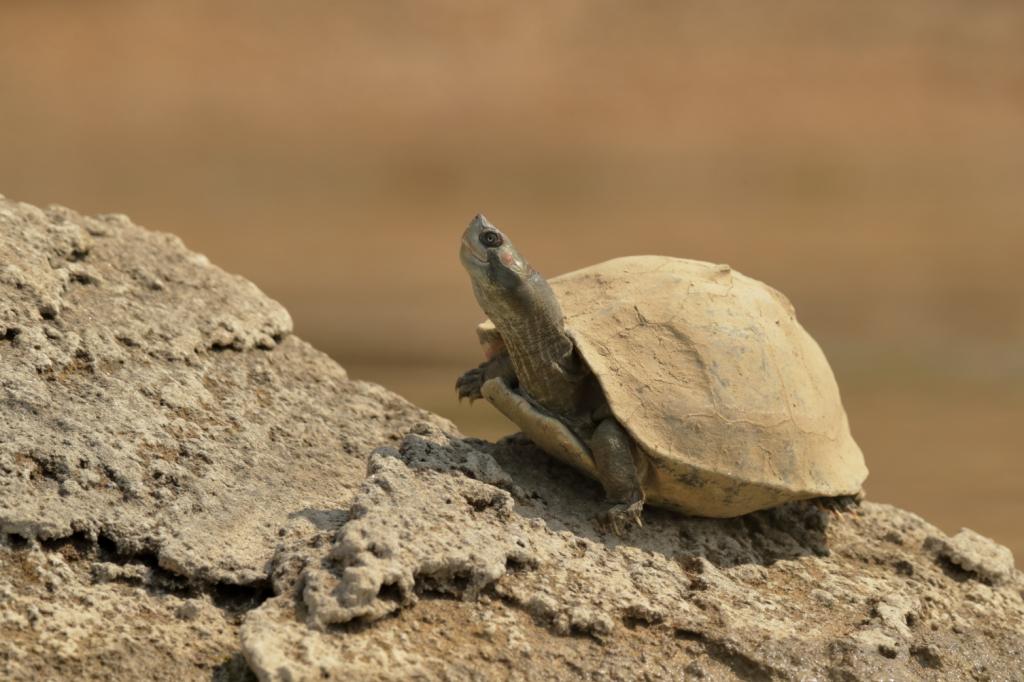 The red-crowned roofed turtle is native to India and Bangladesh. Photo: Wikimedia Commons

India has put forward a proposal to better protect a species of freshwater reptile called the red-crowned roofed turtle (Batagur kachuga) under the Convention on International Trade in Endangered Species (CITES). The turtle, native to India and Bangladesh, is at a high risk of extinction, it said.

CITES is an agreement regulating the movement across international borders of certain wild animal and plant species. The 19th Conference of the Parties to CITES began November 14 in Panama and will go on Till November 25, 2022.

Read more: IN PHOTOS: Species unlisted by CITES being traded more than recognised ones, says study

The summit would have a series of proposals to protect threatened and vulnerable wild animals. It has three appendices and the first one is for species currently threatened with extinction.

The second appendix is for species not necessarily threatened with extinction but demands intervention to keep a check on trade and avoid its utilisation that may threaten their survival. The third is used when a specific country wants to regulate trade in a given species.

In the CITES COP19 agenda, countries have proposals to amend the appendices for wild animals, which include transferring hippopotamus, straw-headed bulbul, red-crowned roofed turtle and African elephant to Appendix I. It also proposes to include requiem and hammerhead sharks in Appendix II.

The red-crowned roofed turtle is already classified as critically endangered under the International Union for Conservation of Nature Red List. The list cites threats like habitat loss due to pollution and hydrological projects specific in the Gangal lowlands of northern India and Bangladesh.

Overharvesting the animal for illegal consumption and illegal international trade are other reasons for its extinction threat. Over 11,000 tortoises and freshwater turtles have been seized in India from 2009-2019, found a study by TRAFFIC, a global NGO working on trade in wild animals and plants and their conservation.

The poached animals were illegally traded year after year and identification were absent in 51.5 per cent of the cases.

The common hippopotamus is threatened with extinction, as per another proposal made by Benin, Burkina Faso, Central African Republic, Gabon, Guinea, Liberia, Mali, Niger, Senegal and Togo. The species was listed as vulnerable in the IUCN Red List of Threatened Species in 2006.

A 2016 IUCN assessment estimated the wild animal population to be about 1,30,000 and stable, but it has decreased in 65 per cent of states with hippo ranges.

The primary threats and reasons mentioned are the illegal and unregulated hunting of the species for meat and ivory. The other reasons noted are the residential and commercial development along with human interventions such as agriculture, aquaculture, hunting and trapping.

The animal-human conflict is also responsible for the decline in population.

Malaysia, Singapore and the United States have also raised concerns about the declining population of straw-headed bulbul (Pycnonotus zeylanicus) from Southeast Asia.

Highly popular for its distinctive calls, the species was listed as Critically Endangered in the IUCN Red List of Threatened Species in 2018. It is estimated to be a mere 600 to 1,700 mature population now.

The proponents fear that the species has been rooted out from countries like Thailand, Java and Sumatra islands in Indonesia and Myanmar.

The experts note that the species is declining at an extremely fast pace due to the trapping of wild birds for the cage bird trade along with habitat loss.

Meanwhile, countries like Burkina Faso, Equatorial Guinea, Mali and Senegal have demanded the African elephant be considered for Appendix I because of the ongoing threat of increasing ivory trade demand.

There has been a steady decline in the elephant population in various parts of Africa.

The wild animal population declined by 62 per cent in the Congo basin range, amounting to a loss of 100,000 elephants in three years. The declining population trend was also termed irreversible by the African Elephant Database (AED) and other data sources.

The elephant population is spread across 37 countries in sub-Saharan Africa.