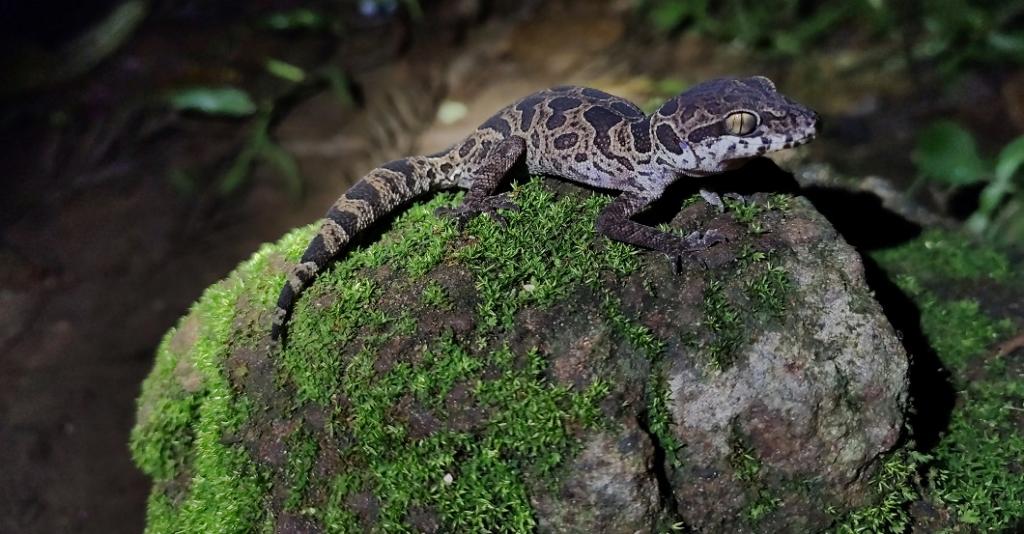 A reptile endemic to India, the Jeypore Ground Gecko (Cyrtodactylus jeyporensis), has been included in Appendix II of the Convention on International Trade in Endangered Species (CITES).

The animals listed under Appendix II may not necessarily be threatened with extinction, but trade in such species should be controlled to ensure it does not threaten their existence.

The proposal to include the gecko in Appendix II was made by India at the recently-concluded 19th Conference of Parties (COP19) to CITES in Panama City. The proposal was adopted by the members of the Working Group.

In 2019, the Jeypore Ground Gecko was assessed for the International Union for Conservation of Nature (IUCN)’s Red List of Threatened Species and was listed as ‘endangered’.

The species is rare and was first described by British officer and amateur naturalist Colonel Richard Henry Beddome in 1878 and rediscovered by a team of researchers led by Ishan Agarwal in 2010 and 2011, after a gap of over 130 years.

The wild reptile species is found in the Eastern Ghats and is known to be present in four locations including southern Odisha and northern Andhra Pradesh.

Its occurrence is estimated in less than 5,000 square kilometres of fragmented geographical area. The species resides below rock boulders in high forested hills at an altitude of 1,100-1,400 metres.

Surveys indicate a declining trend in the species’ population according to the proposal tabled at COP19. A team of researchers tracking the species in the Galikonda and Aaraku valleys of Andhra Pradesh found no individuals, after they visited in 2021, compared to another team which found the species in 2012.

Also, six individuals that had been spotted earlier near the hill station of Paderu had been reduced to one in 2021.

Varad Giri, a Gujarat-based herpetologist, said the species looks handsome and docile making it a good candidate for the pet trade. “The reptile is popular among breeders in and outside India. The international pet trade market makes it increasingly vulnerable for its survival,” he told Down To Earth Magazine.

The proposal document also notes habitat loss and degradation, forest fires, tourism, quarrying and mining activity among other reasons for the species’ decline.

Giri said it is very likely that the species is being illegally trafficked. “There are no actual figures or volumes of trade market known about the species,” he added.

The Working Group proposal also observed that though there is no official report of live trade in the Jeypore Ground Gecko, its availability with breeder and pet trader communities outside India indicates that the endemic species is likely to be illegally exported out of India from its native habitat in the Eastern Ghats.

Moreover, the species does not occur in the protected areas described under the Wild Life (Protection) Act, 1972, thereby making it highly vulnerable to habitat loss and poaching for domestic and international trade.

The CITES proposal noted that the species may actually qualify for inclusion in Appendix I, which lists species threatened with extinction.

However, the listing in Appendix II could be a start to impose regulations on international trade in the species and incurring penalties to prevent illegal export and control the activities in India.

It also aims to generate data about the international trade demand for the species which, at present, is absent.

The listing of the species means that the regulation of the illegal trade will hopefully help prevent the gecko from being included in Appendix I in the near future.