Cyclone Amphan’s damage to Sundarbans’ wildlife not known yet 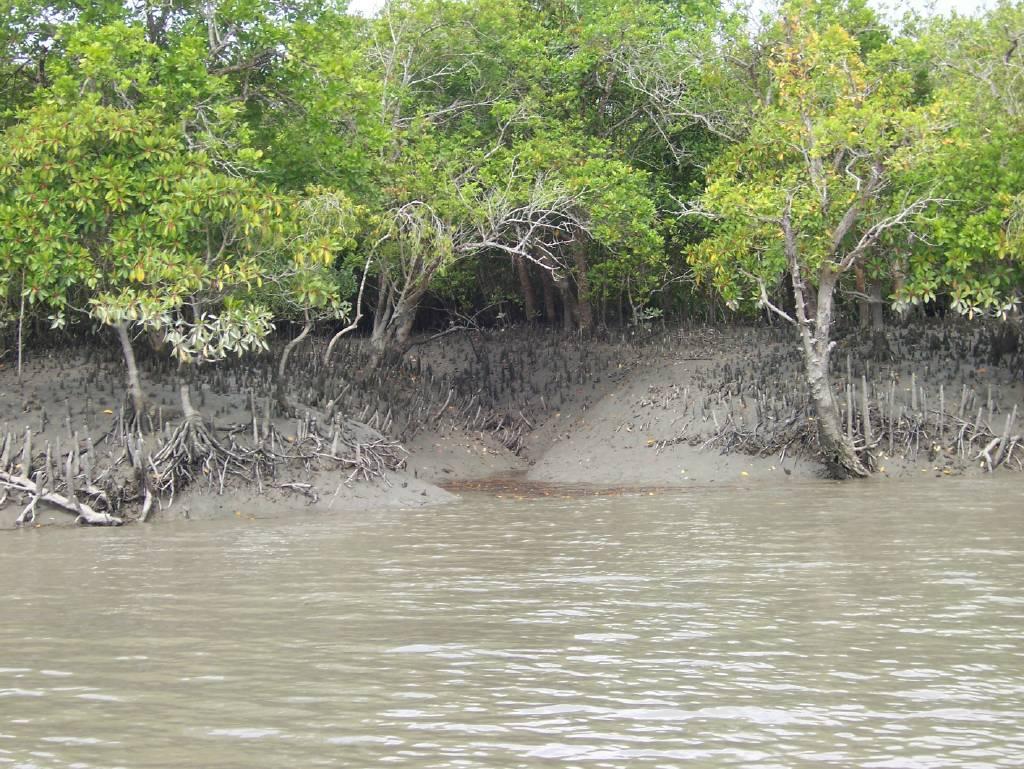 CORRIGENDUM: This story was published earlier on May 22, 2020, with a photo displaying the caption, 'A dead Bengal tiger found in the Sundarbans after Cyclone Amphan'. It has been found that the photo was erroneous and was not taken in the Sundarbans on May 22. The error is regretted.

The fate of wild animals found in the Sundarbans in the aftermath of Cyclone Amphan remains uncertain and they would have suffered the most, forest officials have said.

“Since we have no way to monitor the wild animals, they will suffer the most,” the Chief Conservator of Forest, Sundarbans Tiger Reserve (STR), said.

Vulnerable people were evacuated from the coastal and forest areas ahead of the cyclone. However, there has been very less information about wildlife.

Since the government imposed a country-wide shutdown to stem the novel coronavirus disease (COVID-19) on March 25, no motor boat has been allowed into the territory to maintain the forest’s tranquility

Tourists cannot cruise through the Sundarbans now and even fishermen and honey collectors cannot intrude into the mangrove forest.

The Divisional Forest Officer (DFO) of the Sundarbans West Division said if the natural forest was kept undisturbed, wild animals would get a congenial breeding environment.

A control room had been set up in the Gosaba area of North 24 Paraganas district by the forest department to monitor the situation in the mangrove forest 24x7.

The department’s central control room in Salt Lake will be in constant touch with the Gosaba unit and keep a close watch on wildlife movements in the forest.

“If there are attempts by tigers to stray from the core reserve area into the contiguous villages, we will be able to notice that from the two control rooms and our rapid response teams will take steps to send back the animal to its habitat,” the DFO explained.

Meanwhile, people dependent on the Sundarbans for their livelihood have been affected too.

Hasnaina Bhuimali, whose husband works as a migrant labourer, earns her living by bartering the fish and crabs she collects from Gosaba’s mudflats.

“My husband is not here. My livelihood depends on the money I earn from selling crabs or the fish I barter in the grocery store for rice and dal. We are lucky when my elder son gets some vegetables from the market which is very rare, once in a month or so,” she said.

Meanwhile, honey collector Prasad Rajbongshi, who works seasonally as a helper to a builder and is currently stuck with his family in the Sundarbans, is also worried.

“I came home as COVID-19 was spreading. Working as a labourer in the construction industry made me stressed. So, whenever I come to my village, I go to collect honey. This gives me an additional income,” he said.

“After our chief minister announced the lockdown, even this extra source of earning has stopped. I am worried about how I will feed so many mouths together. On top of this the cyclone blew away the roof of our house,” he added.