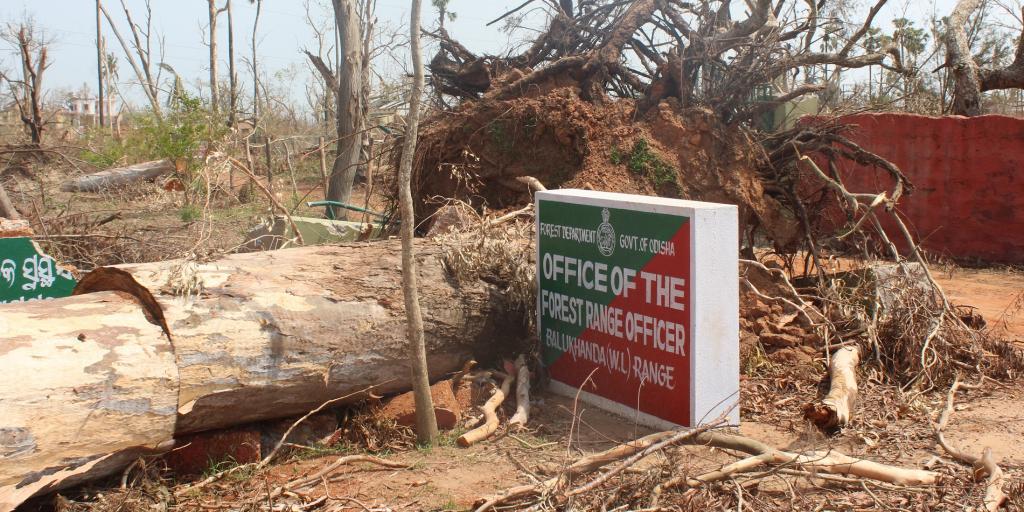 The whole of Odisha’s seaside Balukhanda Wildlife Sanctuary near Puri has been severely damaged by extremely severe cyclonic storm Fani, which made landfall in Odisha on May 3, 2019. Around 60 lakh trees, mostly of casuarina and cashew, were uprooted by the wind. The crowns of many tamarind, karanja, polanga, neem and other trees were also severely damaged.

The sanctuary is home to a wide range of fauna, including 4,000 spotted deer or chital, birds and other species such as jackals, hyenas, jungle cats and monitor lizards. It has an area of 87 square kilometres and is located along the Bay of Bengal between Puri and Konark

“We recovered the carcass of a spotted deer in the forest. Many of the deer fled from their seaside abode to the nearby villages, away from the sea before Fani could make landfall,” Harsabardhan Udgatta, divisional forest officer of Puri told Down To Earth (DTE).

He added, “More than half of the spotted deer have already returned to the forest. To locate other ungulates (hooved animals), we have decided to use drone cameras. The belief that animals possess a sixth sense and know in advance if a stom is going to hit has been proved by the behaviour of spotted deer in Balikhanda.”

Forest officials had also organised awareness camps before the cyclone for members of eco-development committee from nearby villages and convinced them to take care of the animals, added the forest officer.

The sanctuary plays an important role in maintaining agricultural productivity of the inland areas by arresting land erosion. It also contributes in recharging freshwater levels on the ground and preventing seawater ingress.

The Talabani area, adjacent to the sanctuary boundary on the western side, is extremely important for Puri as a sweet water zone and thus has to be preserved at any cost. The land is also a source of more than 30 springs, which are renowned for their myriad wildlife. They are home to more than 300 species of rare plants and animals, added Udgatta.

“Fani has caused significant damage to livelihoods in Balukhanda. It looks bad at the moment, the trees are down, there are no green leaves and it is a different world," said Udgatta, who has been assessing the damage for the past week with other forest staff.

The cyclone has decimated habitats and wildlife is looking stressed. “Now, we hope to develop a long-term plan that would help protect areas around the sanctuary from future cyclones. We have forest staff on the ground and the clean-up work is well underway," added the DFO.