Two projects in Karnataka and Jharkhand meant to warn people about elephant movements have led to a decrease in human-elephant conflict. But they are not the solution, say experts

Experts on human-elephant conflict have stated that the introduction of early warning systems to warn people about the movements of the pachyderms can help in reducing conflict, but are short-term measures.

“The only advantage is that we know the situation in the field,” Palamu-based elephant expert D S Srivastava told Down To Earth. “But the basic factor regarding elephant habitat management still remains unresolved. Through the warning systems, we are only monitoring the animals and providing people compensation as and when needed. We are not creating good habitats for elephants, which is a long-term mitigation measure,” he said.

Restoration of forest areas especially that of sal and bamboo, is a must, said Srivastava. “We are only looking at short-term solutions,” he added.

Srivastava’s comments came even as projects in Karnataka and Jharkhand have been experimenting with early warning systems for elephants.

In Karnataka, a field study done by Mysuru-based wildlife research organisation, Nature Conservation Foundation (NCF), shows that 38 people lost their lives in elephant attacks between 2010 and 2018, with an average of 4.2 persons per year.

Most of the deaths occurred when the victims were out on the roads (24 out of 38 cases), and during 6-10 am and 4-8 pm, when people usually move between home and workplace. In a majority of the cases, the victims were not aware about the presence of elephants.

To tackle this, over the past one-and-a-half years, an early warning system was initiated as a safety measure. NCF, in collaboration with the Karnataka forest department, started bulk SMS and voice call alerts for people, who registered for it on a daily basis. According to NCF scientist Ananda Kumar, some 2,200 families voluntarily agreed to receive alerts on their phones. 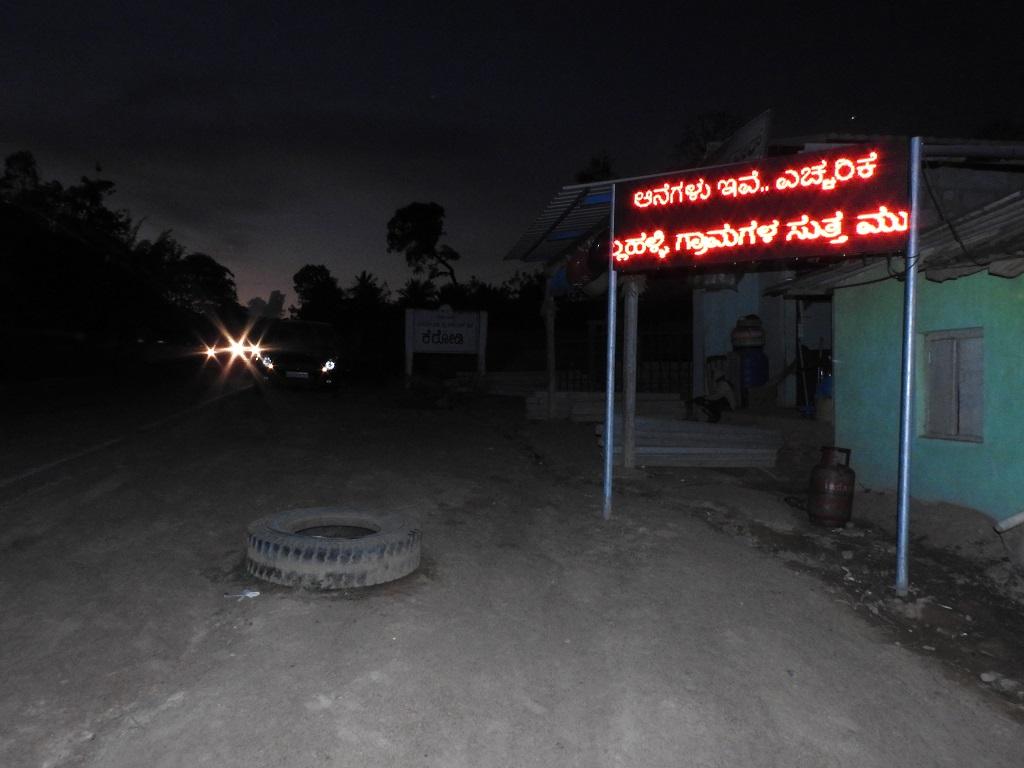 Besides this, some 20 digital 24-hour display boards in Kannada have been displayed at critical junctions along roads to warn people about elephant presence. These boards cover around 90 villages, benefiting 35,000 people. The forest department has also established rapid response teams in sensitive areas and a helpline facility to reach out to people immediately.

According to Kumar, these measures have been positively received by people. The number of calls has increased after the initiation of the early warning system. Most calls pertain to enquiry or knowledge regarding elephant presence.

The impact seems positive as the number of deaths declined from an average of five persons per year between 2010 and 2017 to only two persons in 2018. Kumar hopes that these measures will help people avoid direct encounters with elephants, remove fear from their minds and reduce pressure on elephants.

One place where the change has been particularly felt is Hassan district.According to an article published in January in the Tropical Conservation Science, large-scale alterations in land use, like the opening up of abandoned coffee plantations, use of solar fencing and indiscriminate felling of trees in the district have resulted in an increase of human-elephant conflicts.

A K Singh, chief conservator of forest, Hassan, says the early warning system has reduced the injuries and even deaths almost to zero in just a year since its initiation. About 35,000 people are getting warnings about elephant presence and then they become alert. Thus, they do no venture into elephant-infested areas.

But sometimes, people knowingly venture near elephants. “The use of technology is helping us a lot. We are managing people. Sometimes, they get excited and try to take photos, even selfies. Managing animals is easy,” he says.

In Jharkhand, the state forest department has launched a WhatsApp group to warn people about elephant presence and their movement to avoid conflicts. The forest guards inform about the presence of herds, their exact numbers, specific location and movement, and the information is quickly spread through the app, says Sushil Oraon, assistant conservator of forest, Jamshedpur forest division.

However, there are others like Srivastava, who say that early warning systems are not enough. “Immediate stop-gap solutions are there, but long-term measures are needed,” says elephant expert Ajay Desai.

“It is time to move on from these short-term solutions and refer to these as mitigation measures. Long-term solutions include protection of forests and management of elephant populations,” he adds.