Some 61 elephants died due to rail collisions between 2016 and 2019, according to CAG, due to non-compliance with norms 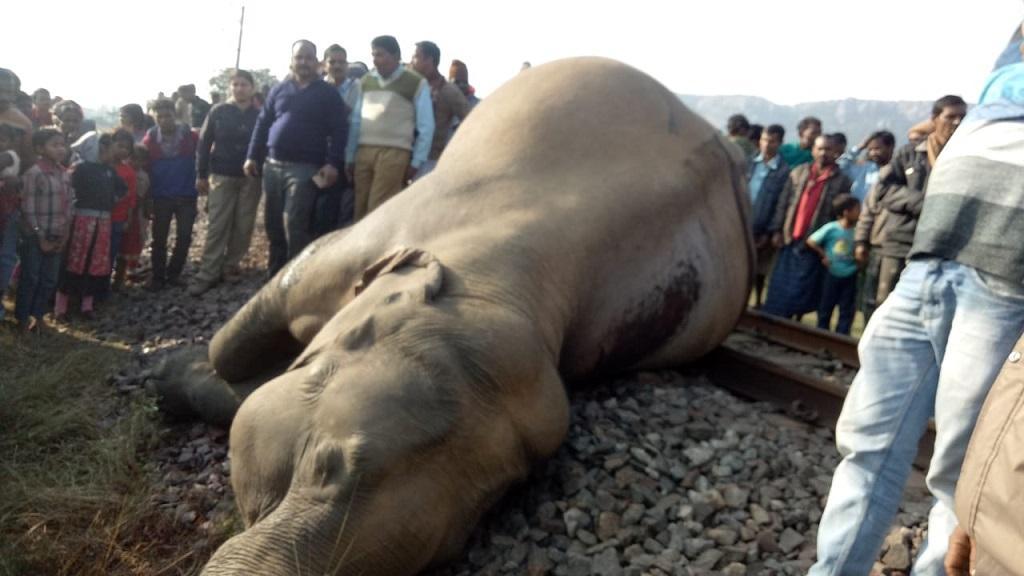 Elephants have continued to die on railway tracks across India due to the forest department as well as the Railways not following norms set up to prevent such deaths, the Comptroller and Auditor General of India (CAG) has said.

Railway collisions were the second-largest reason for the unnatural deaths of elephants despite the identification and notification of elephant passages, the CAG said.

The CAG’s audit revealed that more number of elephant casualties were reported in those locations that were identified as ‘elephant passages’.

It added that proposals for construction of overpasses and underpasses were long-pending and were not being given priority by the state forest departments as well as by the Railways.

Railway and forest officials did not conduct periodic review of vegetation clearance. There was also no standardisation of elephant signage boards by the Railways.

The CAG audit examined instances of elephant deaths on tracks during from 2016-17 to 2018-19 and the steps taken by Railways for elephant passages.

The CAG examined records in zonal headquarters and divisions. It also collected information from concerned state forest departments about elephant mortality on tracks, provision of elephant corridors in Railway premises and co-ordination between forest department and Railway authorities.

The CAG selected 77 of the total 194 notified elephant passages across the eight Railway zones for joint inspection with the engineering department.

These passages were places where elephants had collided with trains in the past, honey bee sound devices, under- and overpasses as well as barricading and solar fencing had been installed or proposed.

Underpasses and overpasses were constructed for the safe passages of elephant in just two Railway zones — ECR and NFR.

It was found that elephant deaths did not happen after these over- and underpasses were constructed in April 2014 and May 2012.

The Standing Committee on Railways (2013) had recommended restricting the speed of trains at vulnerable locations to reduce chances of collisions.

Both, the Railways and forest department had agreed that trains must slow down to 50 kilometres per hour (kmph) or less in vulnerable locations.

The CAG found that of the 77 elephant passages it examined:

The CAG also found that vegetation along the track had been cleared in 64 out of the 77 selected locations. In the remaining locations heavy / partial vegetation was noticed. This is against the recommendations of the Union environment ministry.

The Indian Railways Permanent Way Manual was silent about the shape, size, colour, height and content of the elephant signage boards to be installed at / before the elephant passages.

This resulted in a variety of signboards being displayed at elephant passages.

The audit also found that 23 of the 77 selected passages were not provided with signage boards.  Retro reflective signage boards were fitted in 30 passages of five Railway zones and hand painted signage in various colours were provided in 24 passages in five zones.

Signage boards were correctly provided before the beginning of 15 passages of three zones.

Most shockingly, no attention was being paid to sensitise Railway staff to the issue of elephant collisions.

No awareness programmes or workshop on wild life protection and conservation was organised for the staff of six Railway zones. These include ECoR, ECR, NER, SER, SR and SWR.

The sole bright spot was NFR, where 17 awareness programmes were organised at the Zonal Railway Training Institute, Alipurduar during 2016-17 to 2018-19.

Training on ‘possible risk of elephant mortality due to train hits’ had been imparted to Railway staff of the Northern Railway during 2016-17 to 2018-19.

Three Railway zones — ECR, SR and NR — advised pantry staff to keep Railway tracks free from food waste that attracts wild animals to the tracks. No such advisory was issued in the remaining five zones.

The audit found that honey bee sound devices were installed at 51 locations of five Railway zones. But many did not function effectively.

“The works of barricading / fencing along Railway tracks were not taken up. Co-ordination meeting between forest and Railway officials was not a regular feature,” the report said.

“The matter (of all these irregularities) was taken up with the Railways ministry in September 2020; no reply was received (February 2021),” it added.