The governments of South Africa and Namibia are in the process of fine-tuning the move and a decision would be made later, Prakash Verma said 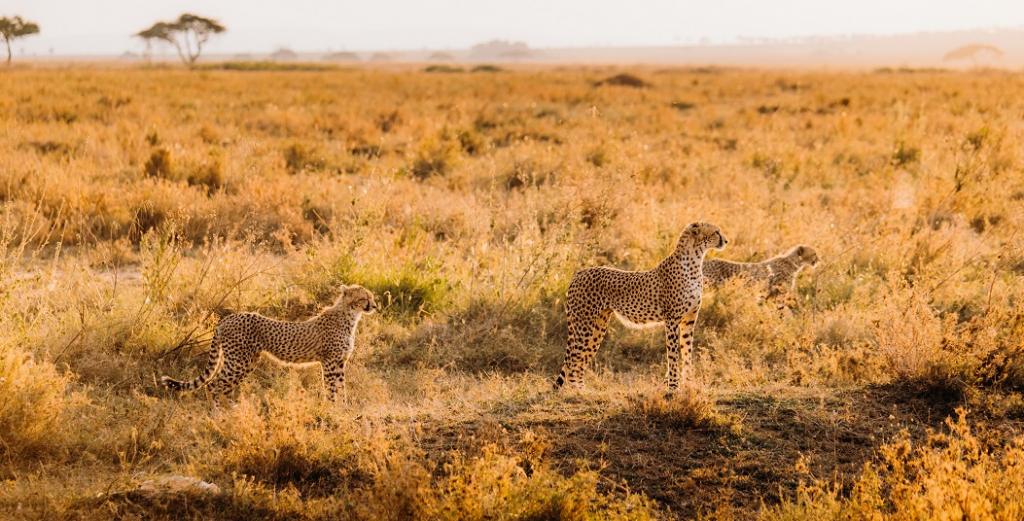 The exact dates of the arrival of cheetahs from Namibia and South Africa in Madhya Pradesh are not confirmed, the divisional forest officer of Kuno wildlife division, Prakash Verma, has told Down To Earth.

He said the governments of the two countries were in the process of fine-tuning the move and a decision would be made later. Recent media reports had said African cheetahs were expected to arrive in India in August this year, after several delays due to the COVID-19 pandemic.

Verma was part of a five-member team of wildlife officials that went for a 10-day tour to Namibia and South Africa to receive training on the handling and management of cheetahs and returned to India June 10, 2022.

Read Down To Earth’s coverage of cheetah reintroduction in India

The team was led by Deputy Inspector General of the National Tiger Conservation Authority, Rajendra Garawad. It comprised Verma, Assistant Conservator of Forests at Kuno, Amritanshu Singh, veterinarian Onkar Anchal and scientist at the Wildlife Institute of India (WII), Bipin.

The team received training and are now planning to impart the same to their staff at Kuno in Madhya Pradesh.

“We were in Namibia for five days, and in South Africa, the other five. We learnt about the hunting techniques of cheetahs and the size and weight of the prey they prefer.

“We also observed the interaction between males and females and within coalitions of males. The veterinarian also learnt to handle them, their food habits, the techniques to monitor their body temperatures, signs to look for in case they are not well and how to tranquilise them to administer treatment and measure body temperatures,” Verma said.

He further told Down To Earth that on arrival, the 10-12 cheetahs will be closely monitored for at least six to eight months.

“Initially, the cheetahs will be kept in enclosures to monitor their health closely and to see if they are adapting well to the new environment. They will be monitored 24x7. Experts from South Africa, Namibia and WII will also guide us in ensuring that the animals adapt well and will advise us about measures to be taken from time to time,” he added.

South Africa and Namibia are vaccinating the cheetahs to prevent any pathogens from spreading. They are also following the protocols of international translocation as underlined in the Convention on International Trade in Endangered Species (CITES).

“It is impossible to translocate the animals without closely following the protocols laid in CITES. They will only be sent to India once they are given the fitness clearance by both countries. Despite this, we will keep them in separate enclosures to minimise any interaction between the animals as they belong to two different countries,” Verma said.

The enclosures will also prevent territorial fights among them, he added.

A team of experts comprising those from Namibia and South Africa will be in Kuno from June 14-16 to look into the arrangements and make suggestions. They will also impart training to the Kuno staff to handle the cheetahs as and when they arrive.

Kuno authorities have constructed an enclosure spread across 500 hectares, six watch towers for surveillance, watering holes and individual fencing in the park to accommodate the cheetahs. A 12-km long fence has been built to keep away predators.

The authorities had also made some changes to the park’s flora by removing thorny bushes and introducing palatable grasses like marble grass and themeda grass as well as some wild legumes.

The cheetah translocation project aims to bring African cheetahs to India, where the Indian cheetah was declared extinct in 1952. India had tried to get Asiatic cheetahs from Iran but was refused. According to a recent statement by an Iranian government official, there are only 12 Asiatic cheetahs left in the world.

The project was first floated in 2009 during the then-United Progressive Alliance government. But it was only in January 2020 that the Supreme Court agreed to the translocation of cheetahs from Africa to India.