Fish species found only in the Pacific, discovered in the Bay of Bengal

The flower scorpionfish that was found in 1929 in the sea off Japan, has now been found in Digha, West Bengal and Paradip in Odisha 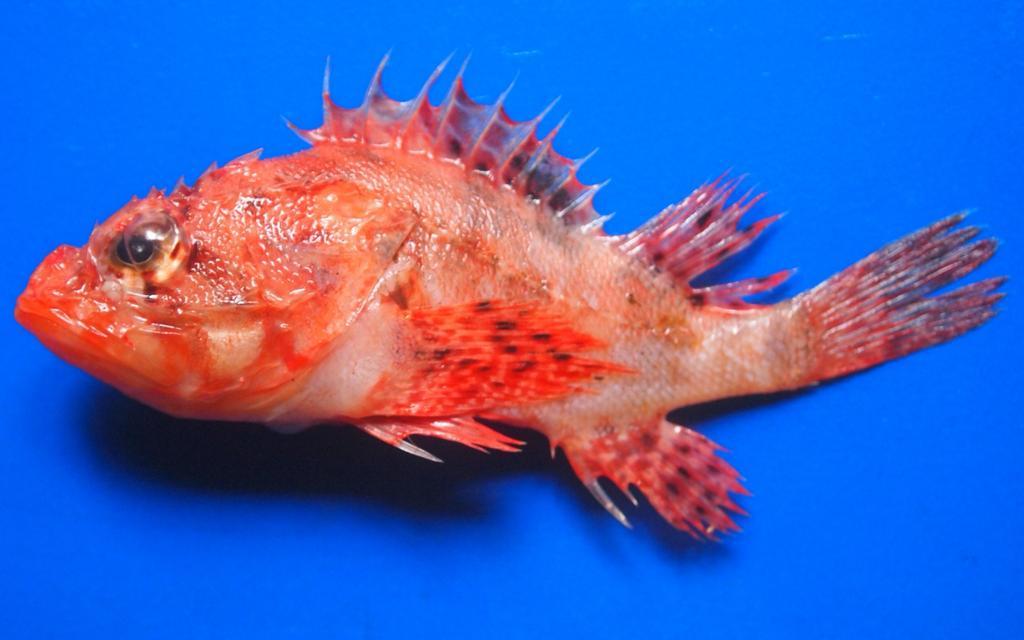 A unique, lesser-known fish species that was till now thought to be found only in the Pacific Ocean has been found in the Indian Ocean too.

The species had not been found in the Indian Ocean. That is till two specimens of Hoplosebastes were collected by scientists from the harbour of Digha in West Bengal’s Purba Medinipur February 12, 2019.

Two years after that discovery, scientists collected 22 other specimens from the waters off Paradip in Odisha’s Jagatsinghpur district October 13, 2021.

After conducting extensive studies about the species, we ascertained that this was the first sighting of the fish in the Bay of Bengal. Its range now extends from the Northwest Pacific to the Indian Ocean.

Mohapatra is also one of the authors of the research paper Range Extension of Poorly Known Fish Species Hoplosebastes Armatus Schmidt, 1929 (Scorpaeniformes: Scorpaenidae) from the Northwest Pacific to the Indian Ocean.

The research paper was published in Thalassas: An International Journal of Marine Sciences October 11, 2021.

The length of the species ranged from 75-127 mm, while its body width was from 14-22 mm. The head of the species was comparatively large and greater than the body, Mohapatra said.

The fresh specimen of the species, caught from the sea, was faint red, he noted. But alcohol specimens were pale yellow colour and formalin specimens were brownish.

Hoplosebastes Armatus was earlier reported on the basis of a single old specimen from Japan. It was mentioned in various checklists, with samples collected from the East China Sea or Japan.

The specimen found from the Indian Ocean resembles PJ Schmidt’s specimen that was found in 1929. But it differs in the presence of tentacles on the head, extensive spots on the fins, scale-less maxilla, number of spines on sub-orbital stray, etc, Mohapatra said.

The rise in the temperature of sea water due to global warming might induce the migration of this species from different regions, Mohapatra said. He however added that more comprehensive studies were needed to know about this species.