Flamingos, pelicans yet to leave Chilika, despite early onset of summer 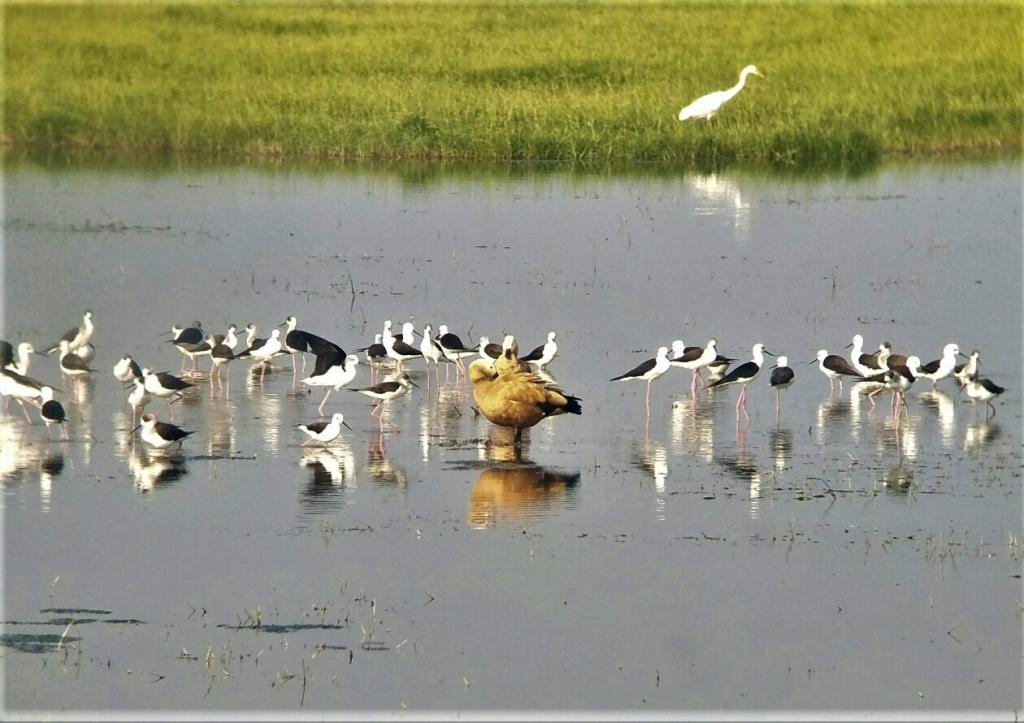 Flamingos, pelicans and some other species are yet to leave the Chilika lake in Odisha despite the early onset of summer in the state, even as most waterfowl have left the area, according to officials.

Around 1.1 million birds have already left the lake, with the temperature hovering between 35 and 38 degrees Celsius in and around the waterbody.

However, flamingos, pelicans and some other species are yet to leave, Sarat Chandra Mishra, assistant conservator of forests, Chilika Wildlife Division, told this reporter. Of them, around 50,000 birds are still in Nalabana, the bird sanctuary area inside the Chilika.

The flamingos and pelicans generally come to Chilika during late winter. While pelicans start their journey with the onset of monsoon, some flamingos, however, choose to stay at the lake over the years. This phenomenon has been witnessed in the area during the last three to four years, Mishra said.

Some of the birds, termed as “over summer birds”, stayed at the lake because of the availability of food, S Balachandran, a noted ornithologist, said. Temperatures are high in the area. However, the vast wetland does not completely dry out during summer. This enables some avian species to continue staying at the lake even with the rise in temperature, he added.

Besides winter, they also spent summer at the lake and most left at the onset of the monsoon, along with pelicans and some other species.

“We could not find any flamingo nests around the lake in the last two to three years, though some of them were seen staying in the area,” Sudhakar Mohapatra, a retired senior forest officer said.

Beside flamingos and pelicans, painted storks and some other residential species like large egret, little cormorant, little grebe, night heron, cotton teal and spot-billed duck are resident at the lake currently, Mishra said.