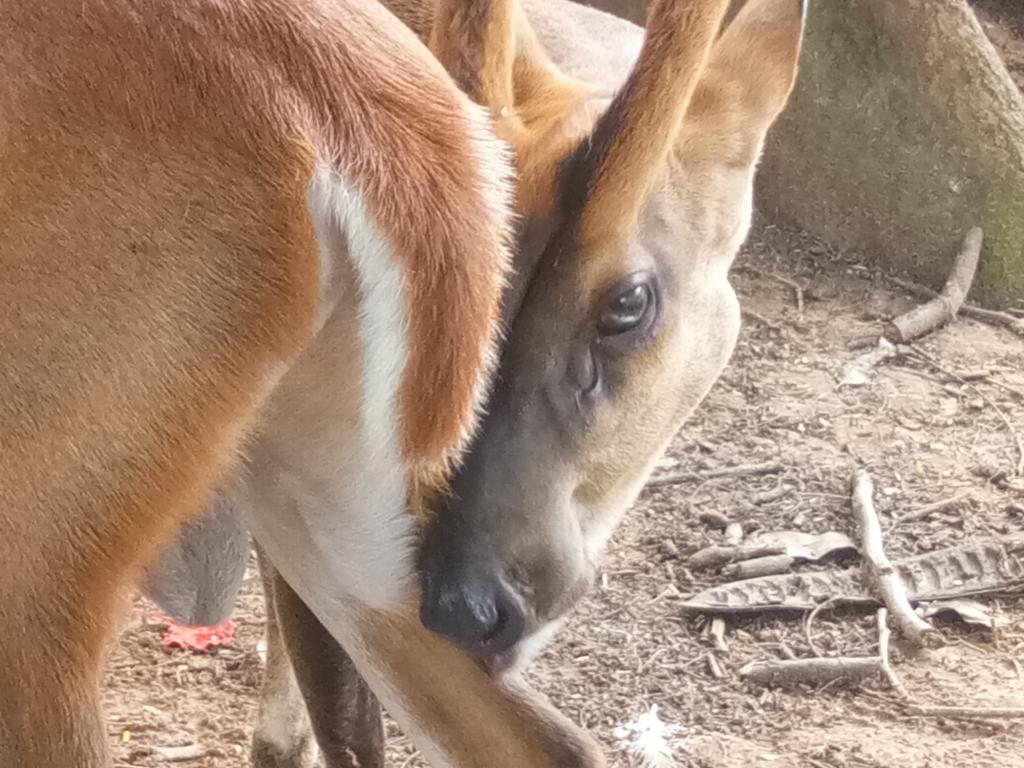 Indian scientists have discovered in India an endengered sub-species of hog deer (Axis porcinus annamiticus), earlier believed to be confined to the eastern part of central Thailand.

Researchers at Wildlife Institute of India (WII), Dehradun reported the presence of a small population of hog deer in Keibul Lamjao National Park (KLNP), Manipur. The population genetically resembles A. p. annamiticus. The study indicates that the western limit of hog deer is Manipur; not central Thailand as believed.

Since hog deer is losing habitat in other countries, the genetically distinct and evolutionarily significant population found in KLNP— considered a biodiversity hotspot on the India-Myanmar border—is significant for conservation.

Two sub-species of hog deer have been reported from its range. The western race is distributed from Pakistan and the terai grasslands (along the Himalayan foothills, from Punjab to Arunachal Pradesh), while the eastern race of hog deer is found in Thailand, Indo-China, Laos, Cambodia, and Vietnam.

The hog deer or Pada is an endangered species in the IUCN Red List and is protected under Schedule I of the Indian Wild Life (Protection) Act, 1972. The species has lost ground in most of its distribution range. A small and isolated population of under 250 was reported from Cambodia.However, it was widely distributed throughout the Southeast Asian countries at the beginning of the 20th century.

The study was based on the grant provided by Science and Engineering Research Board, Wildlife Institute of India and the Ministry of Environment, Forest and Climate Change.  (India Science Wire)