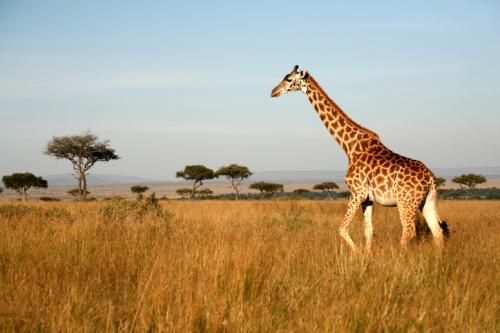 The iconic giraffe (Giraffa camelopardalis), the world’s tallest land mammal, is now threatened with extinction, warns the Red List released by International Union for Conservation of Nature (IUCN). The species has moved from “least concern” to “vulnerable” due to a dramatic 36-40 per cent decline from approximately 151,702-163,452 individuals in 1985 to 97,562 in 2015.

The report says that growing human population is having a negative impact on many giraffe sub-populations. Illegal hunting, habitat loss and changes through expanding agriculture and mining, increasing human-wildlife conflict, and civil unrest have been are all pushing the species towards extinction.

A resolution adopted at the IUCN World Conservation Congress in September this year called for action to reverse the decline of the giraffe.

The IUCN Red List of Threatened Species, which was released on December 8, now includes 85,604 species of which 24,307 are threatened with extinction.

It assesses over 700 newly recognised bird species and 11 per cent of them are threatened with extinction. Thirteen of these enter the list as “extinct”. Several of these have been lost within the past 50 years and were endemic to islands, most likely wiped out by invasive species.

“As our knowledge deepens, so our concerns are confirmed: unsustainable agriculture, logging, invasive species and other threats—such as the illegal trade highlighted here—are still driving many species towards extinction," says Ian Burfield, BirdLife’s Global Science Coordinator.

The updated IUCN Red List also includes the first assessments of 233 wild relatives of crop plants such as barley, oats and sunflowers. Habitat loss, primarily due to agricultural expansion, is the major threat to many of these species, the report says.

Crop wild relatives are a source of genetic material for new and existing crop species, allowing for increased disease and drought resistance, fertility, nutritional value and other desirable traits. Almost every species of plant that humans have domesticated and now cultivate has one or more crop wild relatives. However, these species have received little systematic conservation attention until now.