Atlantic Salmon are returning to the Penobscot river in the US state of Maine after the administration removed several dams on the river’s watershed and made other improvements for the fishes’ passage.

A total of 1,426 Atlantic Salmon returned to the river this year to spawn, Maine’s Department of Marine Resources reported July 28, 2020, according to a report by the National Oceanic and Atmospheric Administration’s fisheries wing.

The administration has removed 15 dams in the river’s watershed since 2010, including two large ones on the river itself.

They have also taken measures to breed the fishes in captivity and also ensure their survival at sea by negotiating agreements with other stakeholders in the North Atlantic Ocean.

However, there was still a long way to go, officials said, as the number of fishes returning to the river was only a fraction of what it had once been — 75,000 to 100,000.

Camera traps have captured footage of three tigers in an area of western Thailand where the animals have not been spotted in the past four years, a report by news agency Reuters, said.

The footage showed three male tigers roaming at night and also peering at the camera traps. It was released July 29, which is World Tiger Day.

There are an estimated 160 Indochinese tigers in Thailand, according to the report. They are also spread across Myanmar, Laos, Vietnam, Cambodia and southwestern China and said to total 350 animals in all.

Globally, there are 3,900 tigers, including the Bengal tigers found in India, Nepal, Bhutan and Bangladesh, the Amur tigers of Russia and northeastern China, the Malayan tigers of Malaysia and the Sumatran tigers of Indonesia. 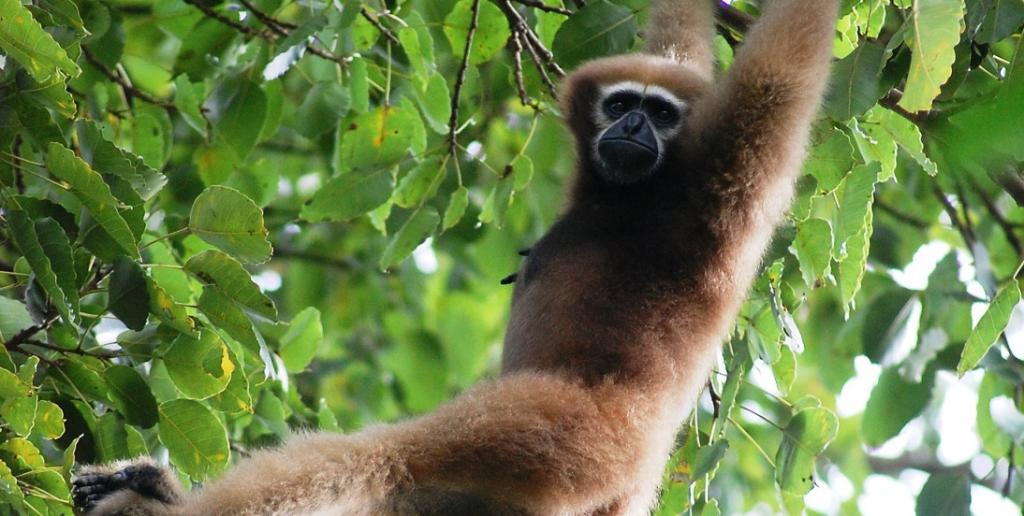 Hoolock Gibbons, the only species of apes found in India, are threatened with extinction in the Ukhrul and Kamjong districts of Manipur, a report in The Sangai Express has claimed.

The two districts used to be covered with dense, tropical rainforests, which provided ideal tree canopies for the arboreal, brachiating ape species.

However, in the past three-four decades, rampant deforestation for timber, forest fires and indiscriminate hunting had led to the decline of not just the gibbons but also other herbivore species like wild goats, antelope and deer, the report said.

Without the tree canopies, the gibbons cannot swing from branch to branch and stake out their territories. They also cannot adapt to living on the ground and cannot bear the high temperatures brought about by the loss of green cover, the report said.

Nearly 75 per cent of the seafloor that lies in the vicinity of coastal cities around the world is affected by harmful light pollution due to the artificial lights used by the cities, a recent study has said.

Quantities of light used in street lighting by coastal cities permeated nearly all parts of the water column, the study, led by the University of Plymouth in the United Kingdom, said.

Most cities, coastal or not, use LED lights to illuminate themselves these days. These lights use “a mixture of green, blue and red wavelengths to generate their brightness,” the report said.

The green and blue wavelengths left up to 76 per cent and 70 per cent of the three-dimensional seafloor area exposed to light pollution, respectively, the study said.

The presence of red light was less than one per cent, it added.

This could be extremely harmful for residents of the ocean floor since the artificial light can disrupt the lunar compass that such species use when covering long distances.

Alpine plants in southwest China’s Hengduan mountain range could be nearly 30 million years old, the oldest alpine flora anywhere in the world, a study has claimed.

Researchers from the Chinese Academy of Sciences and the Field Museum of the US compared the tectonic and climatological history of the mountain region to understand the biological processes that have led to the development of life in the alpine region.

They found that alpine flora emerged in the mountain range by the early Oligocene, which is a geological epoch that extends 34 million years before the present.

The team found that a mix of tectonic activity, climate change and colonisation shaped the rich alpine flora of Hengduan.