Global Eco Watch: Greenland’s ice sheet has melted to ‘point of no return’

The ice sheet on Greenland, the largest island in the world, has melted to a ‘point of no return’ according to a recent study and it cannot be stopped from disintegrating even if steps to slow global warming are successful.

The ice sheet disintegration has been so massive that it has caused a change in the gravitational field over Greenland, according to a report by CNN.

The ice sheet had retreated in rapid bursts due to which there could be an unpredictable rise in sea levels and humanity would not be prepared to tackle the effects, the study said.

The study’s authors used many decades of satellite data to measure changes to Greenland’s ice cap. They found that it had melted so rapidly after 2000 that fresh snowfall had not been able to keep pace and replenish what was lost.

The German ministry of environment is preparing a draft law that will outline measures to protect the country’s insect populations, according to a report in Outlook Magazine.

Light traps will be banned outdoors as part of the measures. Searchlights and spotlights will also be prohibited post sundown for 10 months in a year.

Insecticides will be banned from being used in national parks with five to 10 metres from a major water body. Orchards and dry-stone walls are to be preserved as natural habitats of insects.

The environment ministry is seeking to get cabinet approval for the draft law this October.

The European Pine Marten, a small carnivore from the Mustelid family, preys more on the grey squirrel, that is not native to Britain and Ireland than the native red squirrel, new research has found. 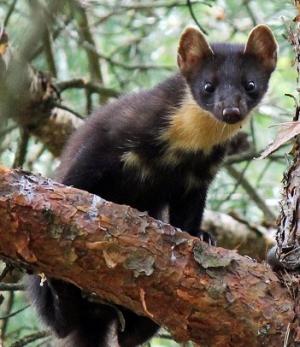 Pine martens raid the nests of grey squirrels called ‘dreys’ and feed on juveniles and mothers caring for their young, according to the study published in Mammalian Biology by Queen’s University, Belfast, Northern Ireland.

The scientists conducting the study visited 24 sites across Northern Ireland and analysed pine marten scat to reach the conclusion, a report in the BBC, said.

It is also thought that the marten prefer grey squirrels as they are larger and thus a richer food source, the report said.

Red squirrels, meanwhile, have evolved to live alongside martens, the study said.

Microplastics increasing in the Maldives

The proportion of microplastics, miniscule pieces of plastic waste that are less than 5 millimetres long, has increased dramatically in the island country of the Maldives in the Indian Ocean, according to a study by Flinders University, Australia.

Scientists from the university found plastic pollution in sand on 22 sites across Naifaru, the most populous island in the Maldives.

The microplastics were being transported by ocean countries from neighbouring countries like India or were getting concentrated due to the Maldives’ own flawed policies regarding waste like using uninhabited islands as landfills, the study added.