Climate may have played a role in exacerbating the Spanish Flu pandemic in the aftermath of the First World War a century ago, a new study by non-profit, the American Geophysical Union (AGU) has said.

Scientists of the AGU analysed an ice core taken from a glacier in the European Alps to reconstruct climate conditions during the war years, according to the study published in the AGU journal GeoHealth.

They found an unusual influx of air from the North Atlantic Ocean had affected weather conditions on the European continent between 1914 and 1918.

The air influx caused rainy and extremely cold conditions to stay consistent over Europe. It also did not allow mallards, a type of duck, to migrate northeast to Russia.

Mallards were the main reservoir for the virus that caused the Spanish Flu. The birds stayed put in Europe, often close to civilian and military populations, leading to the spread of the flu among humans.

Farmers in the northern Mexican state of Chihuahua are clashing with troops of the country’s National Guard over Mexico’s decision to ship precious water to the United States, a report in The Guardian said.

The transfer of water is in accordance with a Mexican-American treaty dating back to World War II. Under the treaty, Mexico has to ship waters of the basin of the Rio Grande to the US, which, in turn transfers it west to the Colorado river.

But the farmers in Chihuahua, which is suffering a drought, say the transfer can take place later. They also claim that the transfer of water in Mexican dams was never part of the treaty.

On its part, the Mexican government has alleged that the farmers are being propped up by the Mexican opposition. 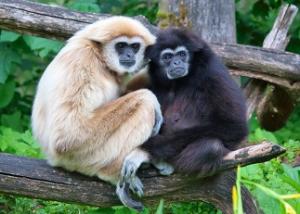 There should be lesser visits by tourists to areas in Asia where Lesser Apes like gibbons and siamangs live, a new research by the Australian National University has said.

It also recommends that tourists wear PPE masks and get health checks done before visiting such areas.

The research mostly examined the impact of tourism on gibbons in Asia before COVID-19 hit, according to a statement by the university. The researchers found that gibbons were more likely to take tourists as threats on seeing them.

Whenever tourists were around, gibbons were more likely to stay awake, scanning the landscape for possible threats from the tourists.

This led them to spend fewer hours in resting, which is very important in maintaining normal brain function as well as immune response.

Since research has not yet pinpointed to whether humans can transmit COVID-19 to gibbons and siamangs, caution was key to letting tourists enter reserves having them, the researchers said.

As on September 25, 2020, kharif crops have been sown over 1066.06 lakh hectares (ha), according to the Union Ministry of Agriculture and Farmers’ Welfare. The corresponding period area last year was 1066.06 lakh ha, according to a report on the agri website krishijagran.com. This is an increase of 4.8 per cent.