The island country of Mauritius has declared an environmental emergency after a ship that ran aground on a reef in the Indian Ocean started leaking fuel, a report by the BBC said.

The ship, the MK Wakashio, is Japanese-owned but registered in Panama. It was travelling from China to Brazil when it struck the reef on July 25 and its crew was evacuated.

However, subsequently due to bad weather and constant pounding by the ocean, the ship began to leak fuel, of which, there was 4,000 tonnes on board.

Mauritius’ Prime Minister Pravind Jugnauth has appealed to France for help. The French island of Reunion is situated near Mauritius in the Indian Ocean.

Jugnauth said his country did not have the wherewithal to stop the stranded ship from leaking. French President Emmanuel Macron has promised help.

The Japanese company that owns the ship has also promised to do all it can to stop the leak. Mauritius is world-renowned for its coral reefs and international organisation Greenpeace has warned that the country, which depends on ecotourism, could be devastated by the disaster.

A new species of ‘twighopper’ or pygmy grasshopper, discovered by Croatian and German researchers in the rainforests of Sri Lanka, has been named after Kerala grasshopper expert, Dhaneesh Bhaskar, a report in the Hindustan Times said. 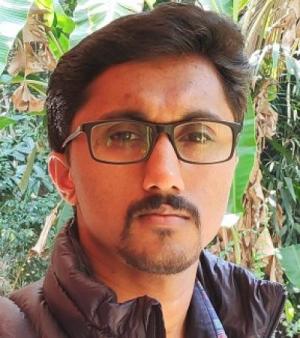 The discovery of the Cladonotus bhaskari is based on the photograph of a single specimen taken in 2016. The researchers studied it and found it to be distinct from other grasshopper species. They declared it to be new and christened it after Bhaskar in the journal ‘Zootaxa’ last month.

The researchers were quoted as saying that they had decided to name the species after Bhaskar due to his work on grasshoppers in India. Bhaskar, they said, was the first Indian researcher to study the insects, something which was earlier done by foreigners.

The island of New Guinea, the world’s second-largest in area and the largest tropical island, has the globe’s richest collection of plants, a study by the University of Zurich in Switzerland has said.

Some 99 scientists from 56 institutions and 19 countries probed online catalogues, repositories of institutions and datasets made by taxonomists to come up with a list of 13,634 plant species of New Guinea and its surrounding islands. The list has been verified by experts.

However, the university said that more species are waiting to be discovered and another 3,000-4,000 could be added to the list in the years to come.

The number of plant species that the list enumerates — 13,634 — is 20 per cent more species than Madagascar or Borneo. The plant family with the maximum number of species is orchids while a third of the species are trees. Some 68 per cent of the plants in the list are endemic and not found anywhere else in the world.

High temperatures in the Canadian Arctic led to the collapse of the country’s last intact ice shelf recently, a report by Reuters noted.

The Milne ice shelf was located on Ellesmere Island in the Canadian territory of Nunavut. It shrank by 80 square kilometres or 40 per cent of its area at the end of July.

Temperatures in the region were five degrees Celsius above the 30-year average. A research camp was lost due to ice shelf’s collapse.