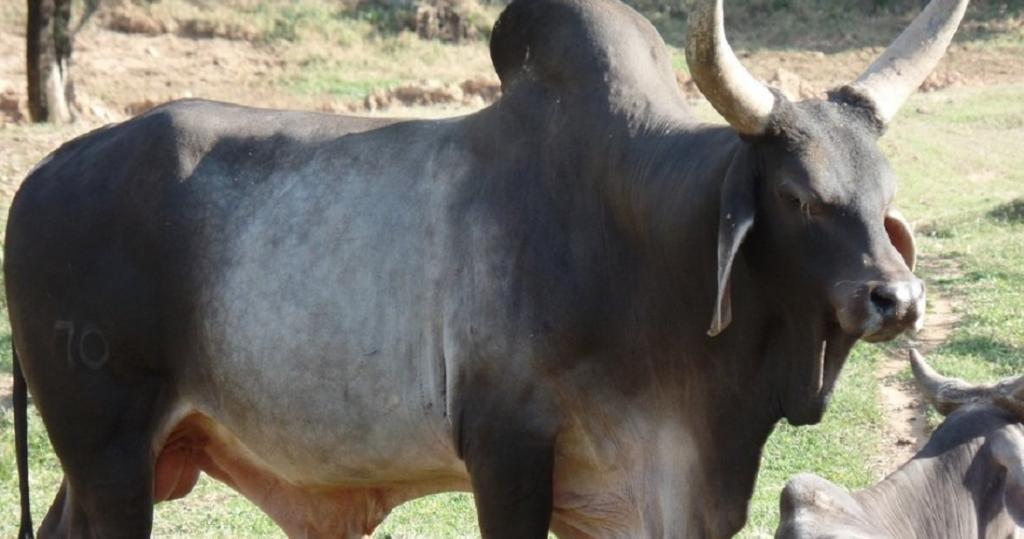 The residents of the Indus Valley Civilisation produced the earliest known dairy products in South Asia, new research has revealed.

Dairy was being produced in the area as far back as 2500 Before Common Era, according to a study done by Kalyan Sekhar Chakraborty, a postdoctoral researcher at the University of Toronto Mississauga in Canada.

He studied 59 shards of pottery from the Kotada Bhadli Indus Valley site in Kutch, Gujarat, according to a statement by the University.

Pottery is porous and absorbs some of the food cooked inside it. Chakraborty looked for lipids because they don’t dissolve in water.

Chakraborty used a technique called the ‘stable isotope analysis’ to identify residues that might have seeped into the shards.

He and his colleagues dissolved the residues using an organic solvent and identify the lipids. They also were able to identify that the dairy residues came from cows and water buffalo that ate a diet primarily of millet, rather than goats and sheep that fed on grasses.

The study has been published in the journal Nature Scientific Reports.

Snow melts as spring arrives in the Andes 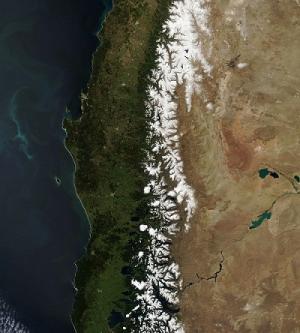 Snow has started melting in the Andes mountain range in South America as spring arrives in the southern hemisphere, a photo by the National Aeronautics and Space Administration (NASA) has shown.

The Moderate Resolution Imaging Spectroradiomete on NASA’s Terra satellite captured a natural-colour image of the central Andes October 11, 2020. The snow on the mountains appeared smaller compared to mid-winter, the accompanying report by NASA said.

The image is of 700 kilometres of the Andes in Chile and Argentina. The Andes is the longest mountain range in the world and stretches across seven countries of South America.

While snow cover has been heaviest in the central Andes during winter, it has reduced in the last three decades during the period from April-November, according to a recent study, the NASA report said. The change is attributed to the weather phenomenon, El Niño.

Meanwhile, on the other side of the world, winter is coming 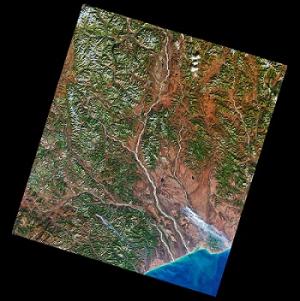 On October 9, 2020, NASA captured a picture showing how winter had begun to make its presence felt in Siberia.

The agency’s Landsat 8 satellite captured a natural-colour image of the Dzhugdzhur mountains in Russia’s Far East.

The blue areas seen in the photo showed where snow had fallen. The area receives 10 hours of sunlight in October. With the result that more blue light from the sky was reflected by the snow, a report by NASA accompanying the photo said.

The populations of Galapagos penguins and flightless cormorants that are endemic to the archipelago have seen a record increase, according to a new census.

“The number of cormorants has reached a record number, according to historical data dating back to 1977, while the number of penguins is at the highest since 2006,” the science website Phys.org quoted a statement from the Galapagos National Park. 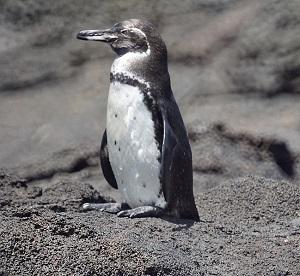 The numbers of flightless cormorants increased to 2,220 from 1,914 over the same period.

The study was carried out by the park and the Charles Darwin Foundation in September on the Isabela and Fernandina islands and on the Marielas islets, to the west of the archipelago.

The La Nina climatic phenomenon, which helped provide more food for the birds, had contributed to the increase in their populations, according to the park.

Another factor was the coronavirus pandemic, which had limited disturbances to nesting areas because of the drop in tourism. 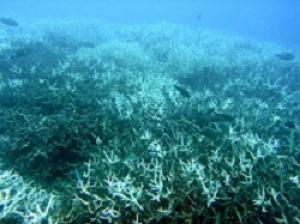 Climate change is the greatest threat to coral reef ecosystems. Ocean warming and associated coral bleaching are one of the foremost causes of coral loss across the world.

Record-breaking high ocean temperatures, which occurred between 2014 and 2017, resulted in a prolonged and widespread coral bleaching, with the hottest temperature recorded (36.3 degrees Celsius) in early April 2016.

Coral reefs in the lagoon of the Seychelles’ Aldabra atoll, however, recovered faster after the 2015-2016 bleaching event due to tolerance to heat stress, new research found published in Nature has found.

Anna Koester, a co-author of the study, said: “The results of our research showed that rapid reef recovery of coral reefs is possible. It highlighted that reducing local stressors to coral reefs can enhance their resilience against climate change.”

Bleaching is a process where corals lose their vivid colour and turn white. This happens when the zooxanthellae algae, which is in a symbiotic relationship with corals and provide them with food, die due to ocean warming and acidification.

If bleaching continues for an extended period of time, corals eventually die. Coral bleaching and mortality exacerbated by climate change are one of the biggest threats to oceanic biodiversity.

Aldabra — one of the world’s largest atolls — is a UNESCO (United Nations Educational, Scientific and Cultural Organization) World Heritage Site in Seychelles and located in the Indian Ocean.

It comprises four main islands of coral limestone separated by narrow sea passages and encloses a large shallow lagoon. It is home to a population of endemic giant Aldabra tortoises, which fluctuate to around 100,000 more than the 95,000 population of Seychelles.

Nancy Bunbury, consulting director of research and conservation of the Seychelles Islands Foundation (SIF) that manages Aldabra, said coral mortality was not only substantially lower in Aldabra’s lagoon, but that lagoonal reefs also recovered their pre-bleaching coral cover and community composition within only four years after bleaching. 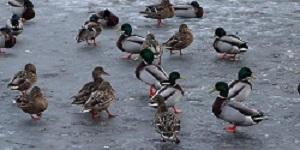 Protected areas can help water birds adapt to climate change by advancing shifts in their range northwards, according to a study by the University of Turku in Finland.

Climate change usually pushes the distribution areas of species northward. However, the expansion of species ranges is not self-evident due to habitat degradation and unsustainable harvesting caused by human activities, a press statement by the university said.

They found that the shift in ranges of the birds had been over 40 per cent faster inside protected areas, compared to outside areas.

“On average, species communities shifted 90 kilometres inside protected areas over 25 years,” Elie Gaget, a postdoctoral researcher at the university, was quoted as saying.

Protected areas not only increased the colonisation towards northern areas, but also prevented local extinctions on the southern range of species compared to non-protected areas, the study said.

Protected areas could thus contribute to expanding the overall range of species, according to the statement.

“Our findings highlight that protected area networks, historically established to fight habitat degradation and over-exploitation of natural resources, are now also important to mitigate the negative effects of climate warming on biodiversity,” Jon Brommer from the University of Turku, was quoted as saying. 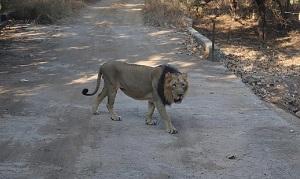 Six new sites apart from the Kuno-Palpur Wildlife Sanctuary have been identified under Project Lion that was announced by Prime Minister Narendra Modi August 15, 2020, on the lines of Project Tiger and Project Elephant.

The programme has been launched for the conservation of the Asiatic Lion, whose last remaining wild population is in Gujarat’s Asiatic Lion Landscape (ALL).

The Wildlife Institute of India, along with the Gujarat Forest Department, had created a Project Lion proposal and sent it to the Union Ministry of Environment, Forest and Climate Change on September 15. Down to Earth has accessed the proposal.

The six new sites identified for possible lion relocation in the future include:

Lion relocation has been talked about since 1995, when the Kuno Wildife Sanctuary was identified as an alternate site. The motive behind finding a relocation site for the species is because the population in Gir has low genetic diversity, making it vulnerable to threats of extension from epidemics.

For the first time, the entire genome of the Asiatic lion has been sequenced by scientists from CSIR-Centre for Cellular and Molecular Biology, Hyderabad. The full genome sequencing of Gir lions has shown them to be lacking genetic diversity in comparison to other lion populations and historical samples of Asiatic lions, the proposal said

The proposal sought to create free-ranging lion populations within Gujarat and in other states to counter this problem. 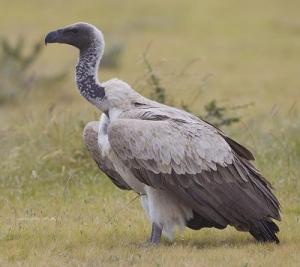 Uttar Pradesh, Tripura, Maharashtra, Karnataka and Tamil Nadu will get a vulture conservation and breeding centre each, according to the Action Plan for Vulture Conservation 2020-2025.

The plan has also suggested that new veterinary non-steroidal anti-inflammatory drugs (NSAIDS) be tested on vultures before their commercial release. NSAIDS often poisons cattle whose carcasses the birds pray on.

The action plan was approved by the National Board for Wildlife (NBWL) October 5, 2020, its minutes showed. An earlier one was formulated in 2006 for three years.

The new plan has laid out strategies and actions to stem the decline in vulture population, especially of the three Gyps species:

This would be done through both ex-situ and in-situ conservation.

It has also mooted:

* A system to automatically remove a drug from veterinary use if it is found to be toxic to vultures, with the help of the Drugs Controller General of India.

* Conservation breeding of red-Headed vultures and Egyptian vultures and the establishment at least one vulture-safe zone in each state for the conservation of the remnant populations in that state.

* Coordinated nation-wide vulture counting, involving forest departments, the Bombay Natural History Society, research institutes, non-profits and members of the public. This would be for getting a more accurate estimate of the size of vulture populations in the country.

* A database on emerging threats to vulture conservation, including collision and electrocution, unintentional poisoning, etc.