A pregnant Gaur was shot and killed by six men in Kerala’s Malappuram district earlier this month, a news report by news18.com has said.

Police in the area conducted a raid on the night of August 18, 2020 after getting a tip-off about a wild animal being poached. They found that six men in the Puncha forest region had killed a female gaur near Poopathiripara.

Some 25 kilograms of meat was recovered from them. Further investigation of the bones and body parts revealed that the animal had been pregnant at the time of slaughter.

The men also allegedly butchered the foetus that was growing inside the gaur according to the report. The six men were produced in court earlier this week.

The gaur is a wild bovid that is native to the forests of South and Southeast Asia. It is biggest among wild cattle. It is listed as ‘Vulnerable’ on the International Union for Conservation of Nature’s Red List.

The levels of ozone have increased across the Northern Hemisphere in the last 20 years, a new study has showed.

The study, conducted by the Cooperative Institute for Research in Environmental Sciences (CIRES) at the University of Colorado Boulder in the United States, was done using data from international flights.

The researchers found that increase anthropogenic emissions in the tropics were likely driving the increase in ozone levels in the Northern Hemisphere.

The Geostationary Operational Environmental Satellite 17 (GOES-17) has captured a stunning image of smoke due to wildfires spread across the western United States and the nearby Pacific Ocean on August 20, 2020.

The satellite is operated by the National Oceanic and Atmospheric Administration (NOAA) and was developed and launched by US space agency NASA.

California and the US Southwest are witnessing a very harsh summer. Hundreds of wildfires erupted across northern California after more than 10,000 lightning strikes in the early days of this month.

The fires had burned an area of 1,200 square kilometres in California till August 16.

The Somali sengi (Elephantulus revoilii), a type of elephant shrew, which had not been seen since the early 1970s, has been found alive and well in Djibouti during a scientific expedition. 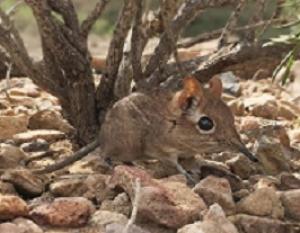 The species was previously known to be found only in Somalia, hence its name. There are 20 species of sengis in the world, and the Somali sengi is known to science only from 39 individuals collected decades ago and stored in museums.

The team set more than 1,000 traps at 12 locations and caught one of the creatures in the first trap they set in the dry, rocky landscape of Djibouti.

In total, they saw 12 sengis during their expedition and obtained the first-ever photos and video of live Somali elephant shrews for scientific documentation.

The team’s data shows that the Somali Sengi is an inhabitant of Somalia, Djibouti and Ethiopia, rather than just Somalia. The research was published in the journal Peer J on 18 August, 2020