A map showing the coastline of the Russian Arctic with its constituent seas. Photo: Google Earth

Scientist from the Moscow Institute of Physics and Technology (MIPT) and the Shirshov Institute of Oceanology have mapped the transport of freshwater discharged by rivers flowing into the constituent seas of the Arctic Ocean.

The scientists studied the discharge of freshwater from the Ob, Yenisei and Lena rivers into the Arctic Ocean’s seas, a press statement by the MIPT said.

Together, these three north-flowing rivers discharge an estimated 2,300 cubic kilometres of freshwater into the ocean, the study noted. This huge volume of freshwater usually mixes very slowly with ambient saltwater, initially forming what is known as a ‘plume’, mostly near the river mouth.

These plumes then spread out to sea mainly due to strong winds and the rate of river water discharge.

The scientists studied the path taken by the Ob-Yenisei plume and the Lena plume. They found that the Ob-Yenisel plume accumulates in the Kara Sea in the ice-free season.

However, this plume faces topographic difficulties such as the western coast of the Taymyr Peninsula and the Severnaya Zemlya archipelago and hence can’t spread east to the Laptev Sea. Only very strong winds can help this happen.

On the other hand, the plume formed by the discharge of the waters of the Lena easily spreads east to the western part of the East Siberian Sea. It increases in volume due to freshwater runoff from the Indigirka and Kolyma rivers and flows farther eastward to the Chukchi Sea, bordering Alaska.

The new data was crucial to understand ice formation, biological productivity and many other processes in the Arctic affected by runoff, the study concluded.

August 2020 was the third-hottest for the United States: NOAA

August 2020 was the third-hottest month on record for the United States, the National Oceanic and Atmospheric Administration (NOAA) federal agency has said in a press statement.

The average temperature for the month across the ‘Lower 48’ or the contiguous US between Canada and Mexico excluding Alaska and Hawaii was 74.7 degrees F.

California the US Southwest, including the states of Arizona, Colorado, Nevada, New Mexico and Utah, each had their warmest August on record, the NOAA said.

On August 16, the Death Valley in California reported a high temperature of 130 degrees F, which, if verified, would be the hottest August temperature on record for the US.

August 2020 was also the one of the driest months in the Lower 48 since records began 126 years ago, with the average precipitation being 2.35 inches.

The report cited an article that appeared the journal Trends in Plant Science recently, that outlined the project.

The scientists will embark on a project in the university’s ‘body farm’, where researchers examine the decay of human bodies under different conditions.

The scientists will study how human remains influence the plants in the zone immediately near them by changing the nutrient concentrations of the soil.

When a body decomposes in the open, nitrogen is usually released into the soil, which can cause changes in leaf colour and reflectance, the researchers said.

However, researchers will have to cross a hurdle, namely find those chemicals that are unique to the human body and see how it affects plants as decomposing bodies of animals too can influence changes in plants.

They plan to make an appliance that scan plants for specific fluorescence that will indicate human remains are close by. Such appliances can be put on drones are used in areas of thick vegetation cover. 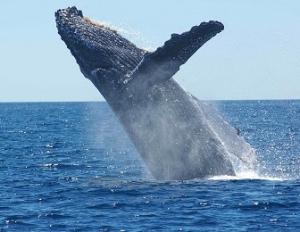 Three humpback whales were sighted in a crocodile-inhabited river in tropical north Australia this week, instead of heading towards Antarctica, as they usually do at this time of the year.

Two of the whales were spotted in the East Alligator river in Kakadu National Park in Australia’s Northern Territory. They are believed to have gone back to sea, Parks Australia, the national wildlife service was quoted as saying in a report on science website Phys.org.

However, one whale is still around in the area.

Wildlife authorities said the whales were likely heading to Antarctica but took a wrong turn and strayed up the river.

The report said this was the first time that whales had been seen in the tropical rivers of the Northern Territory, although they are usually sighted along the coastline.