Despite promoting itself as an ecotourism hub, Goa is blind to the damage caused to its marine wildlife 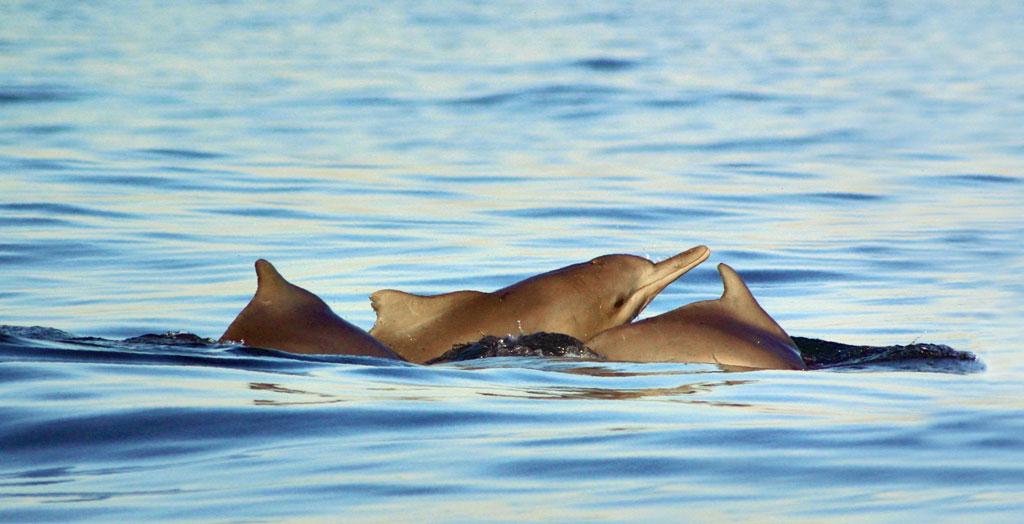 Dekho `Jumma', dikha! Kurkure phenko! (Look, there it is! Throw Kurkure at it!),” screams a boat operator from a vessel in Sinquerim Bay, one of the most popular beaches in North Goa. The excited tourists throw not just chips, but empty beer bottles at the humpback dolphins. The dolphins manage to evade the boat as it zooms right over their heads, but put their lives to risk.

Bordered by the Arabian Sea on the west, Goa is home to three of the 83 cetaceans (marine mammals) found globally. Of them, the humpback dolphin, classified as “Near Threatened” by the International Union for Conservation of Nature (IUCN), is a major tourist attraction. The Goa government is promoting dolphin sightings and deep sea diving centred on coral reefs as part of its plan to emerge as an ecotourism hub. But it is doing little to protect its marine wildlife.

A sharp decline in the number of foreign tourists visiting Goa—from about 17 per cent in 2010 to 10 per cent in 2015—has adversely affected the state’s economy, admits a Goa Tourism Development Corporation (GTDC) official. To recover the lost revenue, the Department of Tourism (DoT) is promoting marine tourism activities, he adds. But an unchecked rise in tourism can cause colossal damage to the region’s ecosystem, says a yet-to-be released study by the World Wildlife Fund for Nature (WWF), ‘Promoting Sustainable Marine Tourism in Goa, February 2015 to January 2016’.

There is no official record of the number of humpback dolphins in Goa, but a 2004 study by Dipani Sutaria of IUCN Cetacean Specialist Group and Thomas A Jefferson of the National Oceanic and Atmospheric Administration, US, estimates the number at 842 individuals.

Every day nearly 400 dolphin sighting trips are conducted in Goa, from dawn to dusk—the time during which dolphins are actively foraging. Puja Mitra, senior programme coordinator with WWF-Goa, says, “The cetaceans change their direction as the approaching boats break their pods. As a result, they get lost and are found dead on the shore.” On the dolphin sighting trip this reporter took, the cetaceans were within arm’s distance from the vessel. This is when the globally accepted Guidelines for Whale and Dolphin Watching, formulated by Australia’s Department of Environment warrant that a vessel must maintain a minimum distance of 150 metres from the dolphins. What’s more, in the absence of marine patrol police, the operator ventured beyond three nautical miles. James Braganza, the Captain of Ports, says the vessels are not allowed to venture beyond one nautical mile.

There are many reasons for such casual approach to marine tourism. For one, the state which is one of the most popular tourist hubs of the country does not have a policy for wildlife tourism. Second, is the imbalance between available resources and the tourists. “A sustainability model was prevailing in 1960s-70s, when there were fewer tourists. But with the massive influx of tourists, that model has collapsed and no other paradigm has been established since”, says Claude Alvares, director of Goa Foundation, an environmental action group.

When Down To Earth contacted the state departments responsible for tourism and marine wildlife conservation, they were quick to resort to a blame game. Braganza, who issues licences to boat operators, says he does not have any information from the Forest Department and non- government organisations to formulate guidelines to protect marine wildlife under tourism. But the Forest Department and WWF say the information was given to him months ago in a meeting that he had called. 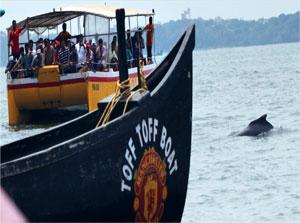 Officials from the nodal agency for policy formulation for seas, DoT, admit that guidelines for operators and tourist guides are not stringent enough when it comes to conservation of marine wildlife. More so, the DoT has only seven officers to carry out regular inspections of all the beaches in Goa. “Booking offenders becomes difficult because of the lack of concrete evidence. Law enforcement is also tough because of a disproportionate ratio of tourists and operators to field officers,” says Gavin Dias, deputy general manager, GTDC.

The problem is not limited to the cetaceans. Poorly regulated marine tourism has also degraded coral reefs in Goa, highlights the WWF study. Coral reefs support 25 per cent of all marine life. Goa’s reef around Grande Island and St George Island, are home to 18 species of fish, sea cucumbers and sea urchins. Local divers say corals get destroyed by the inexperienced boat operators who anchor the vessel on baby corals, thereby killing them.

Besides the ecological damage, there is also the threat to the livelihood of those engaged in tourism and fisheries. “Tourists dive to see the corals. Without them, divers like me will lose our livelihood,” says Venkatesh Charloo, a professional diver and president of the Association of Dive Centers of India. The cost of king fish, says Alvares, has more than tripled in the recent past. Fishermen also complain that their catch is less than a tenth of what it used to be a few years ago.

If we continue adding anthropogenic stressors to the environment without checks and balances, there would be an impact, says Mitra. “A trophic cascade would be caused if dolphins go out of the system. Since they are the apex predators, this could lead to the collapse of the ecosystem,” she adds. The corals will not be resilient either, as the increase in the number of tourists will result in more garbage in the sea and more anchoring will continue to kill the baby corals.

The impact can be checked if the state actively regulates tourism by addressing policy issues, and involves all the stakeholders. “We are not asking the state to stop marine tourism, but to develop guidelines and strategies for community-based sustainable marine tourism,” says Mitra.