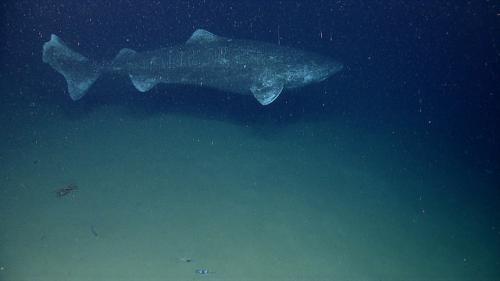 Greenland sharks may be the longest-living vertebrates on Earth, a new research paper published in journal Science has found.

Researchers used radiocarbon dating to calculate the ages of 28 females from the species and estimated the age of one female to be around 400 years.

This specimen beats the record of a bowhead whale that was thought to be the oldest at 211 years old. However, a 507-year-old clam called Ming—an invertebrate—still holds the title of most aged animal.

The Greenland shark (Somniosus microcephalus) is an iconic species of the Arctic Seas. It grows slowly, at the reported growth rate of less than a centimetre a year, and can reach the length of over 5m, suggesting a life span well beyond those of other vertebrates.

The research suggests that Greenland sharks reach maturity at the age of around 150 years. This means that the species is still recovering from being overfished during the World War II. Conservation of the animal may be difficult due to their long maturity period.