Have Alligator Gar in India started to reproduce? Not for the moment 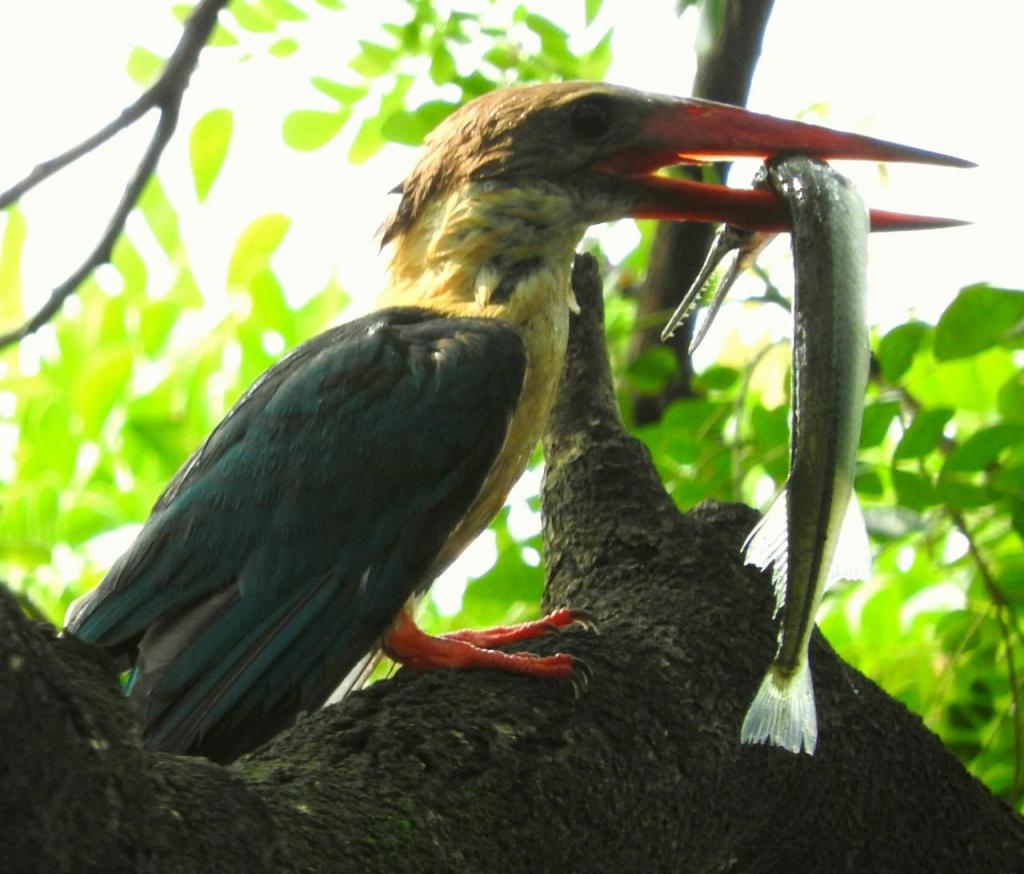 A photograph showing a stork-billed kingfisher with a fish in its beak that appeared to look suspiciously like the North American predatory fish Alligator Gar created a mild scare among fish experts.

"The fish in the photograph is a juvenile. It should be about 2 inches long considering the bill of the kingfisher is one-and-a-half inches. If true, it is a very disturbing trend,” Mathen Rajeev Mathew, a wildlife consultant with the Centre for Innovations in Public Systems or CIPS, Hyderabad, told Down To Earth.

He added: “All this raises some very serious questions,” says Mathew. “How will these Gar affect other picivorous predators eating them, as their flesh is thought to be poisonous? Secondly, their roe, as also the spawn or fertilised eggs must be poisonous.  How will it affect the small fish, crabs and prawns and other molluscs that feed typically on the substrate, where eggs of fish are also consumed? And lastly, since they do not have natural enemies, what will it augur in the future?”

“It is a matter of concern for the entire nation,” said Mathew.

Steve Lockett, Education and Outreach Officer, Mahseer Trust, who works on the hump-backed mahseer of South India, also felt that the matter needed full attention from the authorities.

“This evidence of wild breeding success, if true, is extremely troubling. A typical invasion population of the Gar will follow because they do not have natural predators, and there will be an ecological niche they can exploit through rapid population explosion,” he said.

However, A Biju Kumar, Professor and Dean of Sciences, University of Kerala, Thiruvananthapuram, had a slightly different view about the entire issue. "Initially, I too thought that the fish in the photo was Alligator Gar. But we have found that it is in fact a needlefish species named Xenentodon."

This story has been updated to reflect that the species in question has not been confirmed to be Alligator Gar. It was published on December 11, 2018.