Himalayan wolf a major livestock predator, though not by choice: Study

When wild prey is available, Himalayan wolves show less preference for livestock, irrespective of their densities, according to the study 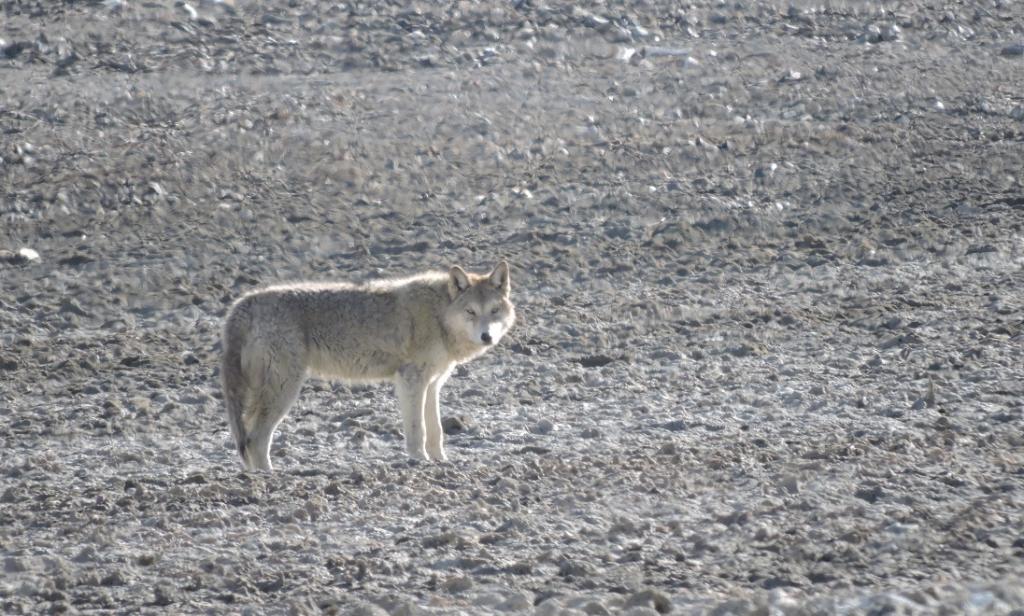 The Himalayan wolf, found throughout the Himalayas, is a major predator of livestock in the region; however, if its natural prey is abundant, it would not show preference for livestock, according to a new study.

Researchers from the Wildlife Institute of India (WII), Dehradun, examined and analysed scats from Himalayan wolves as well as snow leopards and red foxes in four areas spread across the Union Territory of Ladakh and the Spiti Valley of neighbouring Himachal Pradesh.

Livestock biomass formed 56.46 per cent of the wolves’ scats, while it formed 30.01 per cent of snow leopards’ scats.

Some 542 of the 1,600 scat samples were of wolves, 31 of snow leopards and 1,027 of red foxes. Additional data on 573 snow leopard scats from literature was used in the analyses.

Half of the wolf’s diet may consist of livestock. But it varied across the four study areas according to the patterns of nomadic pastoralism and transhumance dominant in them as well as the availability of natural prey.

But most surprisingly, the preference for livestock decreased in eastern Ladakh, despite prevailing nomadic pastoralism and higher availability of domestic prey in Changthang.

“This data is an empirical evidence that wolves will prefer natural prey when it is in abundance even if livestock densities are much higher,” Shivam Shrotriya, the lead study author, told Down To Earth.

He remarked that there was an ongoing debate in carnivore studies as to what they would prefer more: livestock or natural prey.

“Livestock is easier to hunt and thus lesser energy is expended. At the same time, livestock is not as nutritious as natural prey. In addition, there is another argument from an evolutionary perspective,” he added.

Wolves who preferred livestock, would also face more conflict with humans. Such wolves would eventually be killed. So there will always be more wolves who prefer natural prey, Shrotriya said.

Also, wolves are pack hunters and are more adapted to hunting natural prey, he noted.

“Wolves do not turn to livestock unless they have nothing else to eat. The bad rap they get is thus unjustified. Our study proves this,” Shrotriya said.

Feeding Patterns of Three Widespread Carnivores—The Wolf, Snow Leopard, and Red Fox—in the Trans-Himalayan Landscape of India was published July 6, 2022 in the journal Frontiers in Ecology and Evolution.

It was authored by Shivam Shrotriya, Hussain S Reshamwala, Salvador Lyngdoh, Yadvendradev V Jhala and Bilal Habib, all from WII.