Finding a species like Hippocampus nalu also shows how little we know about Africa’s marine biodiversity, and how much more is left to discover 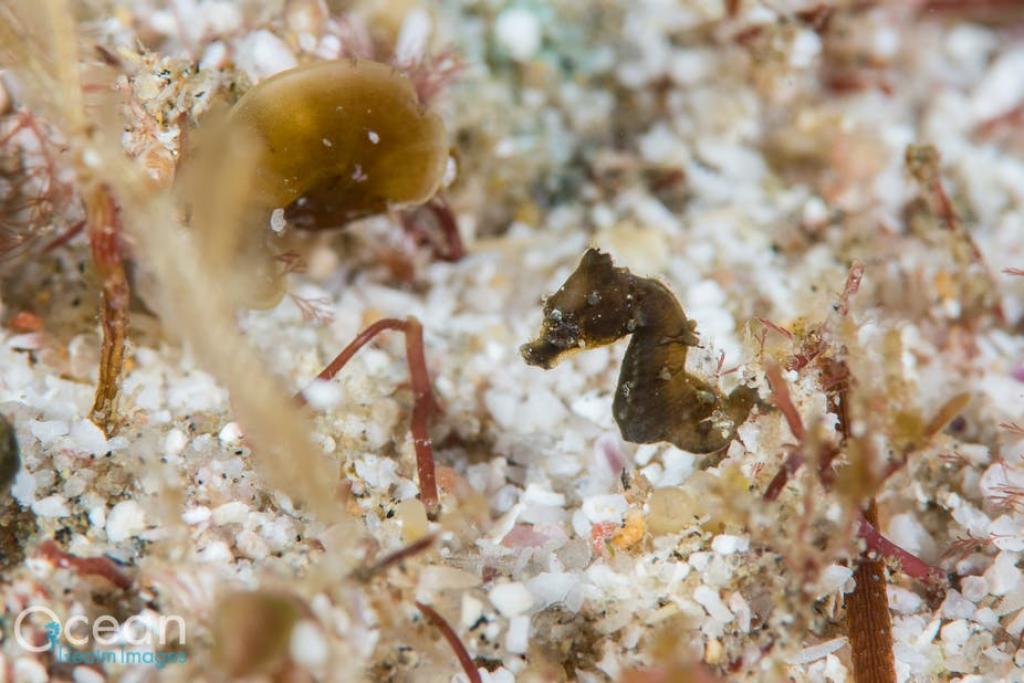 Before you read this article, pause for a moment and look at the nail on your little finger. That’s about the size of a new species of seahorse discovered in the waters of Sodwana Bay, South Africa, which falls within the iSimangaliso Wetland Park, a World Heritage Site, in KwaZulu-Natal province.

Its nearest relatives are found more than 8,000 km away in the Pacific Ocean.

Seahorses are threatened all around the world. Many species are at risk of becoming extinct because of human activities such as bottom trawling, over-fishing, and habitat destruction.

As a result, several species are listed on the IUCN Red List of Threatened Species. However, to date no pygmy seahorses are considered threatened — because we simply do not know enough about them.

By discovering more species, and learning more about these tiny creatures, scientists can offer advice on how best to protect them.

Pygmy seahorses can also provide an important boost for tourism: scuba divers love these small species and are willing to travel far and wide for a chance to see them.

If coastal communities and scuba divers alike are taught about the best ways to protect these species and others in the oceans, there can be huge economic and social benefits.

The most astonishing part of this discovery is that it didn’t start in a laboratory, or with keen scientific minds assessing the likelihood of finding a pygmy seahorse in African waters. Instead, it began with a photograph.

Louw Claassens and Dave Harasti arrived in Sodwana in early 2018 looking for an entirely different animal: a seahorse-like species called a pygmy pipehorse. But then a local dive guide named Savannah Olivier showed them a photograph of a very small seahorse.

Nine months later Louw returned to Sodwana Bay, this time accompanied by Richard Smith, a pygmy seahorse expert. They, with Olivier, found a pair of the tiny pygmy seahorses along a rock face at about 15 metres depth.

The little creatures were grasping on to slivers of algae amid raging surging seas. The reefs of Sodwana Bay are exposed to the swells of the Indian Ocean, very unlike the more sheltered coral reef settings in the tropical Pacific where the other known pygmy seahorses are found.

Later they even found a tiny juvenile measuring just a centimetre in length, which was dwarfed by a diver’s finger.

Finding the seahorses was only the first step in describing the new species.

The rest of the team now got to work. Graham Short, a researcher at the Australian Museum and California Academy of Sciences, compared the mystery seahorses with other pygmy seahorse species by looking at their characteristics under a microscope, as well as a powerful CT scanner.

Mike Stat, a geneticist from Australia, used genetic methods to test how distinct it was from other species. Through combined team efforts, we confirmed that the Sodwana pygmy seahorse was a new species and could give it an official scientific name.

The name “nalu” has three layers of meaning. In the local isiXhosa and isiZulu languages it means “here it is”, to show that the species had been there all along until its discovery. “Nalu” is also the diver Savannah Olivier’s middle name.

Finally, “nalu” means “surging surf, wave” in Hawaiian, which hints at the habitat the species lives in.

The discovery of the Sodwana pygmy seahorse is exciting for more than just its scientific value. It provides new insights into the global distribution of these tiny fish and paves the way for further exploration in other locations.

Only a handful of research publications focused on the ecology of pygmy seahorses exist, so anything we can learn more about these critters will help the future conservation of this unique group.

Finding a species like Hippocampus nalu also shows how little we know about Africa’s marine biodiversity, and how much more is left to discover. It highlights how important the observations of keen amateurs are to help scientists.

If a keen fisherman did not consider a strange looking fish caught off the south coast of South Africa worth sharing with Marjory Courtney-Latimer in 1938, the discovery of the coelacanth, a living fossil, might never have happened.

Similarly, without a diver’s sharp eyes and an expert’s initial questions, the world would still not know that the Sodwana pygmy seahorse exists. As scientists, being open to questions from the general public not only helps inform non-scientists, but can also help us make new discoveries.