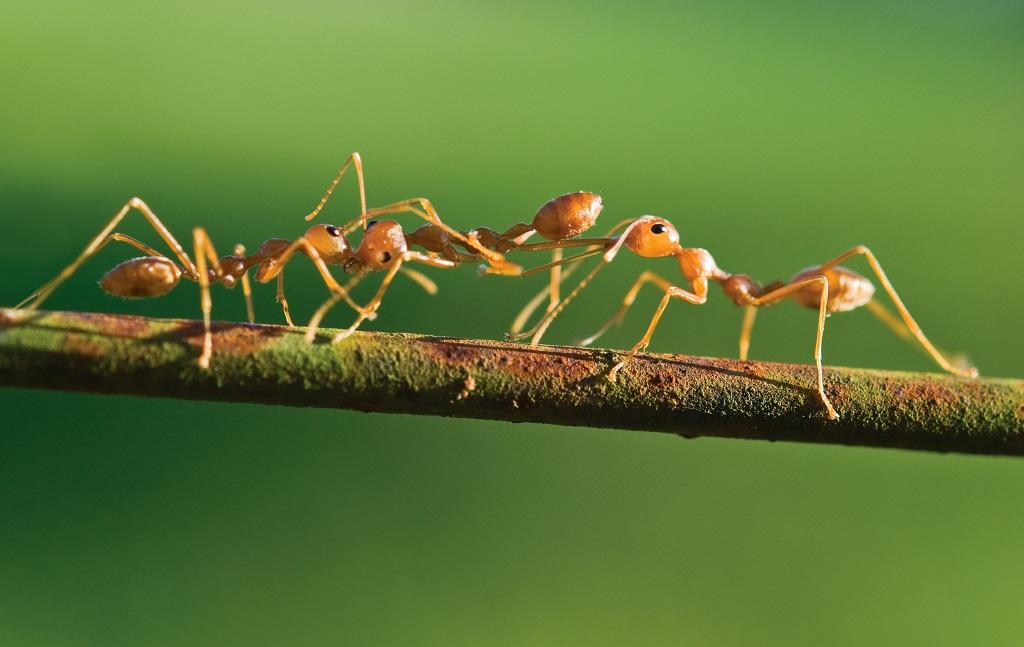 Ants can colonise almost all ecosystems and geographical areas on the planet because of their high level of social organisation. Photo: iStock

There are 20 quadrillion or 20,000 trillion ants in the world, which weigh more than all wild birds and mammals combined, stated a new study.

The estimate is two to 20 times higher than earlier ones, according to the study published in the journal Proceedings of the National Academy of Sciences September 19, 2022.

Researchers from the University of Hong Kong and the Julius Maximilian University of Würzburg in Germany examined numerous ant-related studies. They compiled them into a database to determine the number of ants in all ant-inhabited continents and significant biomes.

“According to our estimates, the global ant population is 20 quadrillion. That is a 20 with 15 zeros, which is hard to grasp and appreciate,” said Patrick Schultheiss, a lead author of the study, in a press release.

Ants are among the most prosperous and powerful groups of organisms. They can colonise almost all ecosystems and geographical areas on the planet because of their high level of social organisation. They have evolved close relationships with various creatures — including, plants, fungus, other insects and even bigger vertebrates.

Understanding the world’s ant population is crucial for putting conservation efforts in place.

“The species greatly influence the nutrient cycle and play a decisive role in the distribution of plant seeds,” said Schultheiss.

Ants are dispersed unevenly across the world. Tropical areas support more ants than non-tropics, but the local environment can also influence this.

“Ants are particularly abundant in forests and, surprisingly, in arid regions but become less common in human-made habitats,” explained Sabine S Nooten, a co-lead author of the study.

Decline in the number of ants affects the ecological services — decomposition and pest control — rendered by them.

The analysis also reveals significant gaps in our knowledge of the patterns of biodiversity around the world.

“Societies and governments need to be more proactive about this and make efforts and investments to fill these gaps,” said Benoit Guénard, another author of the study, in a press release.

This knowledge gap is very problematic as the world is changing rapidly, he added.

Future research should concentrate on identifying the specific environmental factors that determine the distribution of ants and its changes over time, mainly due to climate change, the researchers noted.

The impact of the insects can, however, occasionally be detrimental. Fire ants are one invasive species that can harm the local biodiversity and do a great deal of harm, they added.

“With this study, we provide a baseline for the global distribution of the number of ants and the biomass. In future, we can repeat studies in the same places using the same methods to see what has changed,” Guénard added.