How some poachers became protectors of birds in villages around Chilika 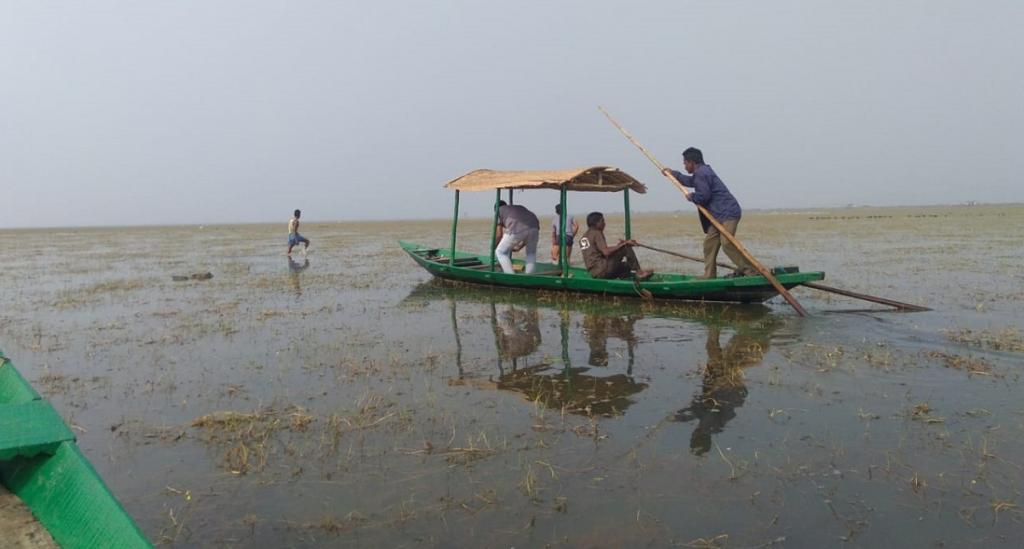 Several residents of villages around Odisha’s Chilika lake have turned a new leaf in the past few years. They hunted and poached birds in the area before. But today, they are their guardians.

Around 400 residents of 20 villages, most of whom are former hunters, have come forward to protect the birds in the lake, Nanda Kishor Bhujabal, vice-president of Wild Odisha, an organisation that works to motivate villagers against poaching, told this reporter.

Ajay Kumar Parida is a 45-year-old resident of Sundarpur village in Khordha district, on the shores of Chilika. Parida and some of his acquaintances in Sundarpur and other villages, used to hunt wild birds to eke out a living nearly two decades ago. They used to sell the meat to middlemen who, in turn, would supply them to hotels in Bhubaneswar.

Chilika is the largest brackish water lake in India and is usually thronged by migratory birds for several months in a year.

The Chilika wildlife division engaged Parida in its annual anti-poaching camp near his village. The camp is set up by the division ahead of the arrival of wild birds in the month of October. “We decided not to hunt the birds, when some wildlife officers and others motivated us and engaged us in anti-poaching camps for a five-month period,” Parida said.

He has now become the birds’ protector. He has also been creating awareness not to hunt them for the last 18 years. “During this period, I caught at least 15 poachers along with dead birds,” he claimed.

Prafulla Chandra Routray of Sundarpur, Kishore Behera of Mangalajodi and Umuriddin Khan of Sorana village, all erstwhile hunters, are today working as auto driver, tourist guide-cum-boatman and the president of the bird protection committee respectively.

“We had eked out our living by poaching and selling the birds’ flesh during the winter of 2000,” Routray said.

“We had also bumped into forest officials during their patrols. But one day in 2002, we vowed to dissociate ourselves from these illegal activities, when forest officials and activists conducted meetings in our villages,” Behera said.

He added that though their new occupations had been hit by the novel coronavirus disease (COVID-19) pandemic, they were making ends meet by fishing in the lake.

Bhujabal said his department decided to pursue sensitisation activities among villagers at the height of poaching activities in the lake during the 1990s. “It took years to change their mindset, with the active participation of wildlife officials,” he added.

Sarat Chandra Mishra, assistant conservator of forest, Chilika wildlife, claimed that the support of locals had not only increased the population of migratory birds in the lake, but also helped reduce poaching cases in the area.

Choodarani Murmu, range officer, Tangi wildlife range, said poaching cases in the area had reduced. “Some 16 poaching cases were registered and 29 poachers arrested in 2015-16. This number came down to six cases in 2020-21. As many as nine persons were arrested for bird hunting that year,” she added.