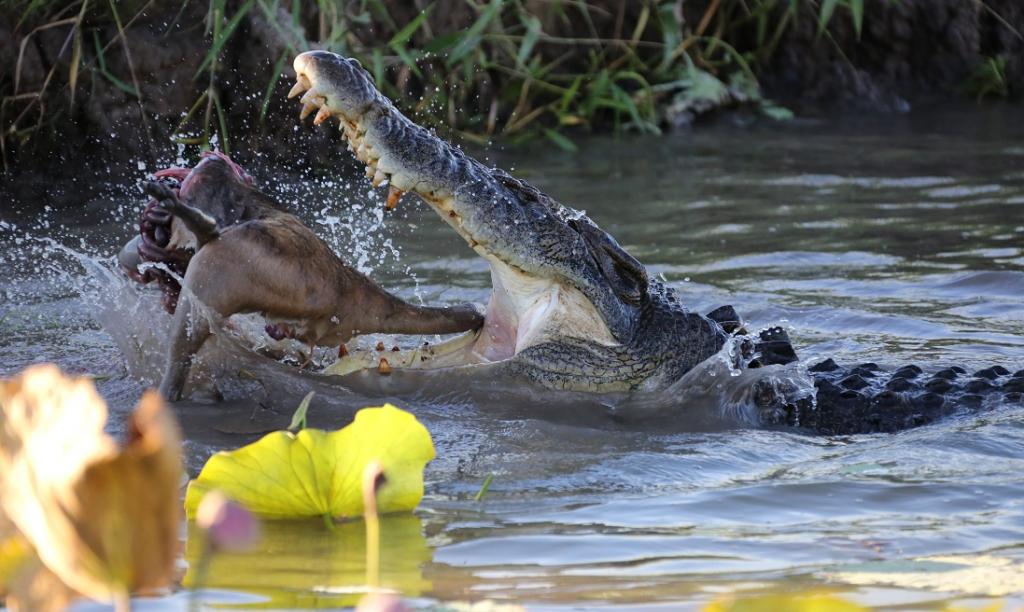 UPDATE: This article was published on February 18, 2022 in Down To Earth. It has been updated to include Nguyen Minh Hieu as one of the co-authors of the paper that is its subject. We regret the error.

Anthropogenic activities can force the extinction of even the most apex of predators in the animal kingdom. One such example is the Saltwater Crocodile (Crocodylus porosus). A new article published last month has shone a fresh spotlight on how this majestic animal used to be found in Vietnam and southern China but later became extinct in these areas due to human activity.

A review of the historic distribution of the saltwater crocodile in Vietnam, written by crocodilian experts, Brandon Sideleau and Nguyen Minh Hieu, was published in the latest edition of the Crocodile Specialist Group (CSG) Newsletter. The CSG comes under the International Union for Conservation of Nature or IUCN.

The saltwater is the largest of the 23 species of ‘extant’ or living crocodilians. This includes ‘true crocodiles’, alligators and caimans.

The ‘saltie’ is today found in three locations in India — the Sundarbans, Bhitarkanika National Park and the Andaman and Nicobar Islands. It is one of the three crocodilians native to the Indian Subcontinent, along with the mugger crocodile (Crocodylus palustris) and the gharial (Gavialis gangeticus).

It is also found in Bangladesh, Malaysia, Indonesia, Brunei, the Philippines, Papua New Guinea, Australia and the Solomon Islands.

But history was different.

The saltie is also called the ‘estuarine crocodile’ and as the name suggests, is typically found in the brackish water of estuaries. It can also tolerate saltwater in the oceans and can travel long distances over the open ocean, making use of tidal currents.

“The Saltwater crocodile is the widest ranging of all crocodilians, but this range was even wider in historical times. During antiquity the species’ range extended from the Seychelles and Kerala, India in the west through to southeastern China, Palau and Vanuatu in the east. Today, the species is extinct in many of these areas, as well as from most of mainland Southeast Asia,” the authors wrote.

They noted that the species “was historically found in the Mekong Delta region of southern Vietnam, extending at least as far inland to Tonle Sap Lake in Cambodia. The species was also known to be present on Phu Quoc Island and in the Con Dao Archipelago. In addition, human-crocodile conflict records reveal that the species was also present in the lower Dong Nai River in Ho Chi Minh City (previously Saigon) and in Vung Tau to the north.”

Southern China and the Red river

“I have long been interested in the historical distribution of saltwater crocodiles in Indochina since little information is available and crocodiles were rarely reported by American soldiers during the Vietnam War. So I used a combination of historical records, the available literature and local reports to create an estimate of historical occurrence,” Sideleau told Down To Earth.

His research threw some startling results on the existence of salties in the Red river, which originates in southern China and flows into northern Vietnam, as well as other parts of China near the Pearl river estuary in the Guangzhou or Canton area.

“Chinese records of C. porosus exist for many areas, including the Nanliujiang River of Guangxi, which is around 100 km from the border with northern Vietnam, Hainan Island, the Pearl River delta and as far north as Fuzhou and the Penghu Islands off the western coast of Taiwan,” the article noted.

It said the species “had reportedly become rare in China by the end of the Song Dynasty (over 700 years ago), but may have persisted into the 19th century in portions of Guangxi, which borders northern Vietnam.”

This, the authors said, suggested that C. porosus may have been extirpated from central and northern Vietnam long ago.

The article said there was only one historical mention of the species from 13th century northern Vietnam.

“In fact, there exists only a vague historical mention from the 13th Century involving the Minister of Justice Nguyen Thuyen, who in 1292 was said to have been tasked with driving crocodiles out of the Red River by casting a written spell / text into the river. This lack of records may be due to historically distant extirpation and the fact that this part of Vietnam had been under Chinese rule at various points throughout history,” it read.

The article said there were no salties in the Red river delta currently though the UNESCO “has erroneously stated so.”

French Indochina and the Vietnam War

The true historical distribution or time of extinction for C. porosus in central and northern Vietnam will never be known. But, a larger (but still limited) amount of information exists regarding the historical occurrence of the species in southern Vietnam, the authors wrote.

They noted that “judging from the French Indochinese news media of the early 20th Century, human-saltwater crocodile conflict was still a common issue in southern Vietnam until at least the late 1920s.”

The authors were not able to find any records from World War II or the Vietnam War of US troops being attacked by crocodiles.

However, anecdotal reports suggest that the species was indeed still present at that time, “particularly within the Rung Sac Special Zone (modern-day Can Gio Biosphere)”.

Sideleau and Nguyen cited a 1967 article in the Los Angeles Times, where a Navy SEAL boatswain described a “frightening” encounter with a large crocodile in the Rung Sac Special Zone, which he claimed had charged at him, resulting in him discharging his weapon and giving away his position.

There are also reports of Vietnamese soldiers being attacked by crocodiles during the war. “But these are mostly undated and lack enough locational detail to be used here,” the authors wrote.

There was a fatal crocodile attack in Vietnam just after the Vietnam War in 1976. “That year, it is reported that attacks occurred (only one of which was detailed) around Ly Nhon in Can Gio. One woman was killed, and a 4 m C. porosus was hunted in retaliation in November of that year,” the article said.

There is an anecdotal record of a wild C. porosus in Vietnam being shot in the Can Gio Biosphere in 1990, “but no detailed information is available regarding this incident.”

“Sadly, the species is definitely extinct in Vietnam (as well as Cambodia and probably Thailand),” Sideleau told DTE.

“I have read that there is some talk of reintroduction, but I am not sure where this would happen. The best available current habitat appears to be the Can Gio Biosphere. This was likely the last place saltwater crocodiles persisted in Vietnam and there are some pure saltwater crocodiles kept in captivity within the biosphere, but the area is very close to Ho Chi Minh City, which could present a challenge,” he added.