Most of the dead Gir lions were suffering from canine distemper, which spreads from dogs to bovines and water bodies before reaching big cats

Dogs are carriers of the canine distemper virus which gets transferred to lions when they feed on the same carcass or through common water bodies.

It is noon at Gujarat’s Khisari village. A group of six men stands near a cow carcass that lies in a bylane. “A lion killed it last night. Actually, it killed two and consumed one. It will return tonight to take this,” says Manobhai Veerjibhai Maladia, one of the men standing, whose house is around the corner.

When asked why no one had removed it, Maladia said the only family in the village that skinned dead cattle had quit the business after vigilantes flogged four people in Una district for carrying cows in 2016. “I haven't skinned a cow since the July incident. Now, I only do manual labour,” says Gobarbhai Dhampal, member of the family that skinned cattle.

Khisari village borders the Dalkhania range, one of the 16 forest ranges of the Gir National Park and Wildlife Sanctuary in southwest Gujarat. Remarkably, it was also the abode of all the 23 Asiatic lions (Panthera leo persica) that died between September 12 and October 1. This is one-fourth of the lion deaths (99) Gir saw during 2017. 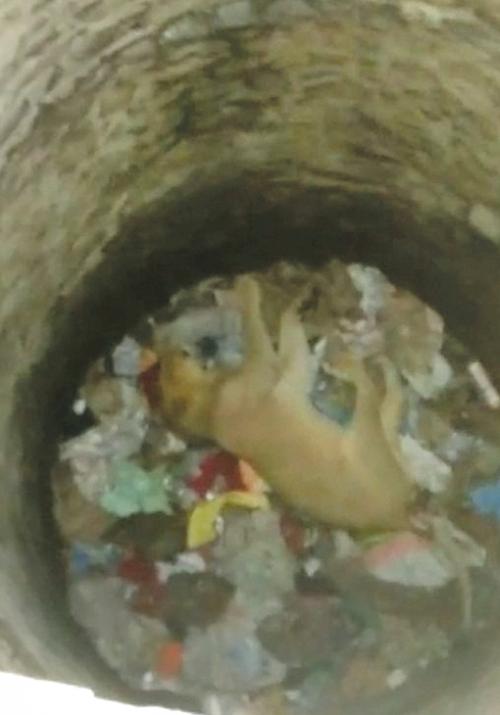 On October 10 evening, Down To Earth saw the cow carcass on a dry riverbed near the Dalkhania range, and a dog snapping at it. “Since no one in the village is willing to deal with cow carcasses anymore, we ask the forest department to take them away,” says Himmatbhai Narayanbhai, sarpanch of Khisari. “But of late, the department has been refusing to dispose carcasses, particularly after the lion deaths. So, we dumped the dead cow outside the village,” Narayanbhai adds.

Tests by the Indian Council of Medical Research (ICMR) showed that 21 of the 23 dead lions were suffering from canine distemper disease. This highly contagious and fatal airborne disease is caused by the canine distemper virus (CDV) that spreads from dogs to bovines and water bodies, before reaching big cats. (See box on 'What is canine distemper') Could it be that bovines in the village were carrying CDV and were fed to lions by the forest department or by the village residents? According to the village residents, the department never tests the carcasses for any disease before throwing them in the forest.

When Down To Earth contacted DT Vasavada, chief conservator of forest (CCF), wildlife, Junagadh, he denied that the department ever fed carcasses to lions. “We only feed lions that are in our rescue centres, and that meat comes from the Sakkarbaug zoo of Junagadh. It is always tested,” he says.

However, it seems that the Una incident and its aftermath in the form of Dalit community’s decision to stop disposing carcasses set the stage for the current feline epidemic in Gujarat.

(This is the first section of a four-part series on the death of Gir Lions. It will also appear in Down To Earth's November 1-15 print edition under the headline 'Pride goes before a fall')