Hurricanes, wildfires further endanger these threatened species in US, Caribbean

With extreme climate events showing no signs of ebbing, preservation of species can no longer be left to the whims of nature 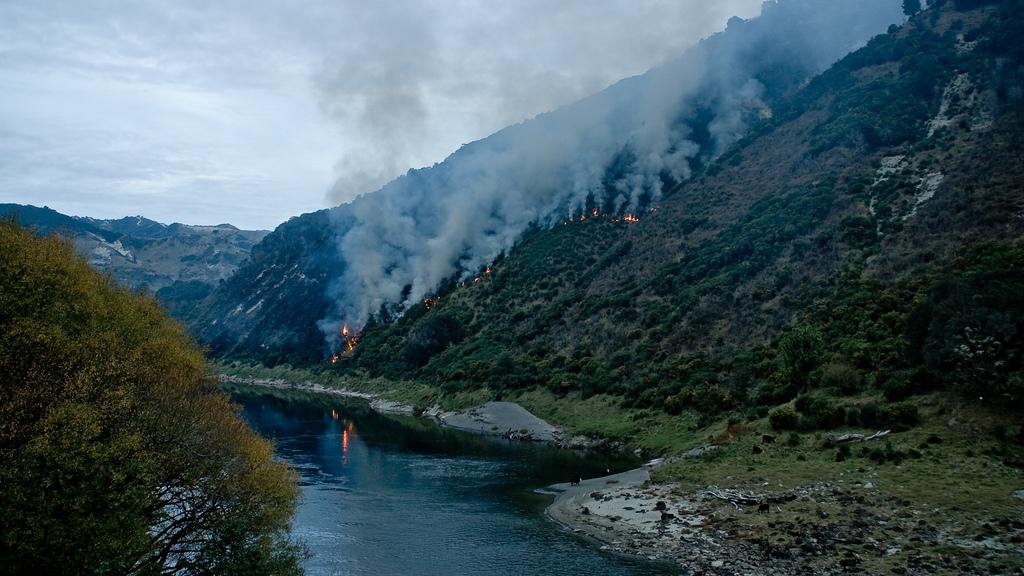 The Earth’s teeming wildlife has its own inherent systems of adaptation that help shield against natural disasters. However, 2017’s unprecedented hurricane season was a force to reckon with–leaving not only the continental US, but also several Caribbean islands in a streak of destruction. When a major humanitarian crisis is yet to be solved, the survival chances of already threatened species remain bleak, even months after the cataclysmic events.

Much of the animal population affected by extreme climate events are unique to their regions—cultural icons, if you will—making conservation efforts all the more imperative. If not killed, or displaced from their habitats, many species have simply succumbed to the stress of surviving storms and wildfires.

Puerto Rico’s pristine El Yunque rainforest houses over 50 bird species. Two weeks after Hurricane Irma, Maria devastated the island’s primary food sources for its most famous inhabitant–the critically endangered Puerto Rican parrot. With tabonuco and sierra palm trees destroyed, finding new habitats and scavenging for food now rests entirely on the species’ shoulders. Unlike the US mainland, conservation infrastructure is yet to bounce back in this island nation.

In Barbuda, only 300 Frigate birds have been accounted for, out of an initial population of 10,000. Their location is unclear, and the question arises as to whether it is a decisive migration triggered by the hurricanes.

Embers yet to settle

Shifting weather patterns have also led to acceleration in mammoth forest fires–and the Mt. Graham red squirrel’s future seems bleak. With only 590 acres of habitat left after the Arizona wildfire, the priority now is to capture aerial imagery to determine appropriate forest structures for rehabilitation.

Current goals are to pinpoint locations for middens, conduct supplemental feeding and explore possible relocation because the squirrels must survive the coming winter at all costs. In the longer term, activists feel the best measures would be to remove existing development on the mountaintop area to free up more habitats for the species.

The U.S. Fish and Wildlife Service is also prescribing controlled burns and forest thinning near the habitats of the Mexican Spotted owl. Though it might reduce instances of further fires the possibility of reduction in canopy cover might make this a double-edged sword.

Despite considerable large-scale damage to biodiversity, certain species have shown remarkable resilience to these events.

Hurricane Irma, which affected the Gulf Coast and southern Florida, closed down several national parks in the Florida Keys area. However, the state’s petite Key Deer have come out largely unscathed; a surprising 949 out of an estimated 1100 have made it through Irma. The deer is a strong swimmer and has a population growth rate of 3 per cent per year, which might offer protection against any future climate events. Additionally, the animal holds great sentimental value for locals, much like the Imperial Amazon bird in Puerto Rico. The effect of salt water encroachment into their habitat of upland pine forest, however, is yet to be ascertained.

The Florida panther, too, has shown signs of recovery from the hurricane’s immediate effects. With 120-230 remaining in the wild, the major question now is whether the big cats can survive the long-term effects of oil exploration near their reserves, as well as artificial habitat modification.

Birds have shown sensitivity to brewing storms, and if not sheltering in dense shrub, they may migrate ahead of or even through a storm. High-intensity winds have thus, created several ‘hurricane refugees’–species flung far off into unlikely neighbourhoods. The rare Roseate Spoonbill has been sighted multiple times in New Jersey after Irma made landfall. Similarly, white-winged terns have been blown away as far north as Pennsylvania.

The Everglades Snail Kite, on the other hand, is set to return to its marshy home once water levels have receded completely, depending upon snail populations resurfacing on the wetlands of Central and South Florida. A highly adaptive aerial predator, the kite’s nomadic behaviour may allow it to nest wherever it finds conditions to be conducive.

Sea turtles are also estimated to recover swiftly. Though endangered, the female turtles establish five to seven well-drained nests at multiple spots along the Florida coast. This tends to act as a safeguard–even if some nests are damaged the number of hatchlings are enough for population multiplication.

In the light of the recent events, the American National Wildlife Federation now offers several recommendations to construct wildlife habitats to protect these creatures during extreme climate events. This includes making rock piles, burrows, roosting boxes, small po­nds, or even planting dense shrub and thicket. Adding trees that bear fruit in autumn to gardens is another option, for both local and migratory animals.

With cycles of extreme drought and flooding showing no signs of slowing down, it is felt that the preservation of species can no longer be left to the whims of nature. National parks and wildlife refuges in Florida have started re-opening in phases, but the process will be a slow one without significant community participation.

Building landscapes that are more flexible to the ravages of weather is now a necessary call to action–not only to protect tourism and the economy, but also for our interdependent survival–as warmer ocean waters unlock greater potential for tropical storms, with every passing day.