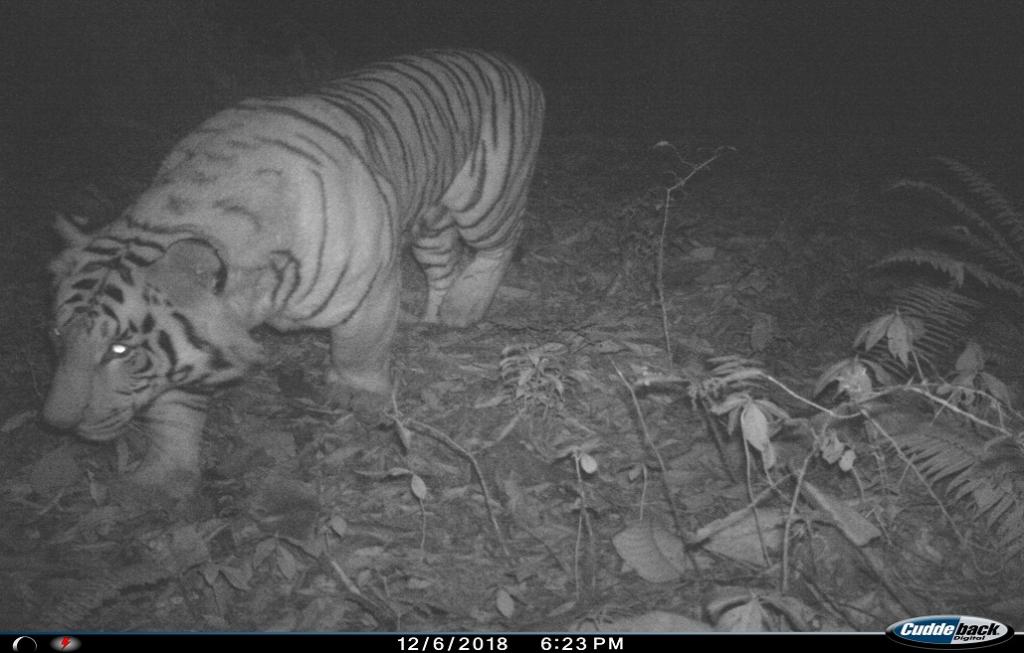 History has been created with the first-ever camera footage of the Bengal Tiger (Panthera tigris tigris) and the Snow Leopard (Panthera uncia) roaming the forests of the Pangolakha Wildlife Sanctuary, East Sikkim. While this is the first time that a tiger has been spotted in the state, it is also a first for the snow leopard being spotted in the eastern part of Sikkim.

And on January 2, 2019, at 4:22 PM, the camera recorded a snow leopard in the same spot. This very elusive and shy animal had earlier been captured on camera in the northern and western parts of Sikkim. However, this is the first photographic capture of a snow leopard in East Sikkim.

This image capture of both, the Bengal Tiger and the Snow Leopard, in the exact same location confirms the overlap in the migratory routes used by the two big cats inside Pangolakha.

Up until the late 1980s, there have been oral narratives of tigers freely roaming the forests of Sikkim, having migrated from the neighbouring Neora Valley National Park of West Bengal.

The tigers crossed into Sikkim’s Pangolakha Wildlife Sanctuary and made their way to the Assam Reserve Forest (altitude 5,000 ft, opposite Tsangmo Lake). After two days of making kills, they moved to Rateypani (6,000 ft) in the Bulbuley Reserve Forest and then migrated further upwards towards North Sikkim through the Phamthang Reserve Forest (6,000 ft),spending a week while feeding on the residents' livestock. After Phamthang, they arrived at the Toong and Naga Reserve Forest (7,000 ft).

This migration of tigers to Toong and Naga coincided with the seasonal winter migration of herds of cows from Lachung and Lachen during January to mid-March. From here, they moved to Chungthang and then onwards to Lachung and further higher up to Chuba at 10,000 ft where they killed again. The arrival of the tiger into these areas caused losses to the villagers and the people were even fearful of mentioning its name and referred to the tiger respectfully as ‘Azo’ (grandfather). They made smoke offerings to prevent the killings of livestock by tigers. 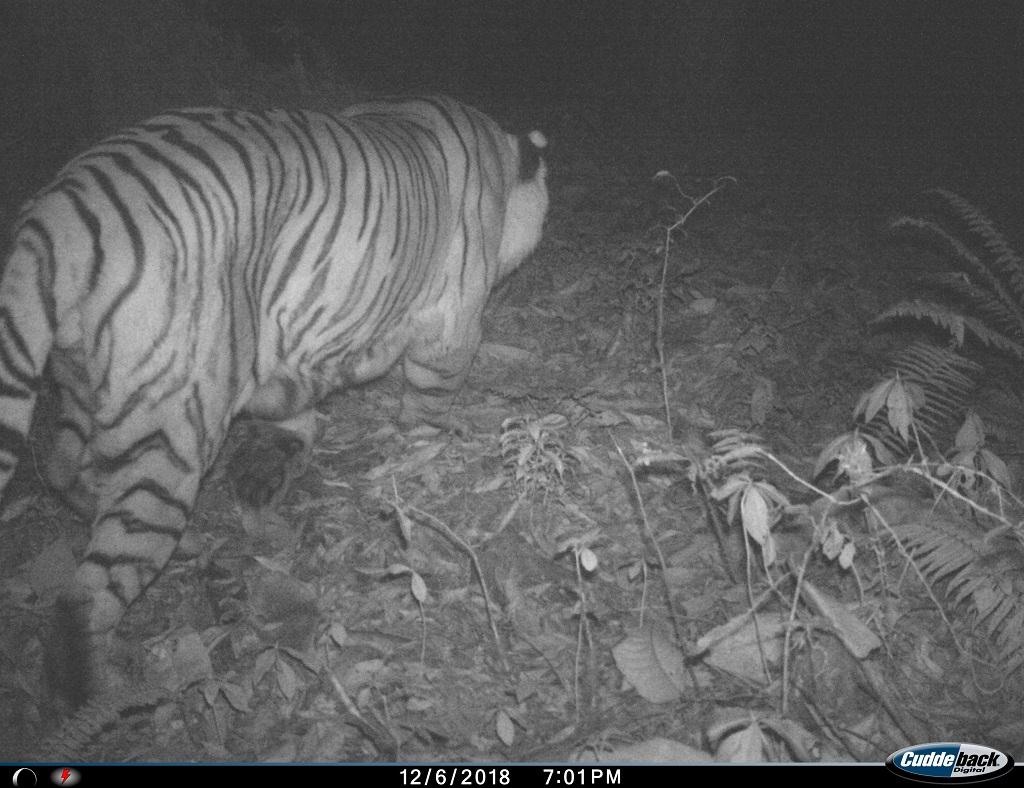 During 1978, a team comprising of P O Pazo, the then Chief Wildlife Warden, S T Lachungpa, then Assistant Conservator of Forests and  Chezung Lachungpa, the then Range Officer, conducted a survey on the movement of tigers by questioning village elders and former hunters and confirmed this migration of tigers from East to North Sikkim. At that time, the wildlife expert N D Jayal remarked that the movement of tigers to 10,000 ft was an unusual phenomenon and could be attributed to the animals developing a taste for yaks.

No doubt, during the 1990s, tiger pugmarks were reported from inside the Pangolakha Wildlife Sanctuary and in March 2009, tiger pugmarks have been seen near Jelep La, at an altitude of 10,000 ft, with approximately 70 metres of animal tracks discovered.

Roars have been heard, pugmarks have been seen, tiger kills have been described but a visual capture of the Bengal Tiger roaming the forests of Sikkim calls for a moment of celebration. In an era when tigers have been listed as a highly protected, Schedule 1 species, due to their dangerously dwindling population, nearing extinction, the presence of tigers in Sikkim’s forests is an indication of the existence of a healthy forest ecosystem flourishing in our state. It is an affirmation of the positive consequences of the Sikkim government’s long-term visionary and pro-environment policies of conservation and protection of our forests.

Much appreciation goes to the team of Field Forest Officers of the North Pangolakha Wildlife Range, East Wildlife Division led by Range Officer, Roshan Tamang who spent days positioning camera traps in strategic locations inside the forests of Pangolakha, with funding received from the Japan International Cooperation Agency-assisted Sikkim Biodiversity Conservation and Forest Management Project. This visual footage of the tiger is just the beginning and a concrete base upon which a much detailed study on the migration of tigers to Sikkim has to be conducted. 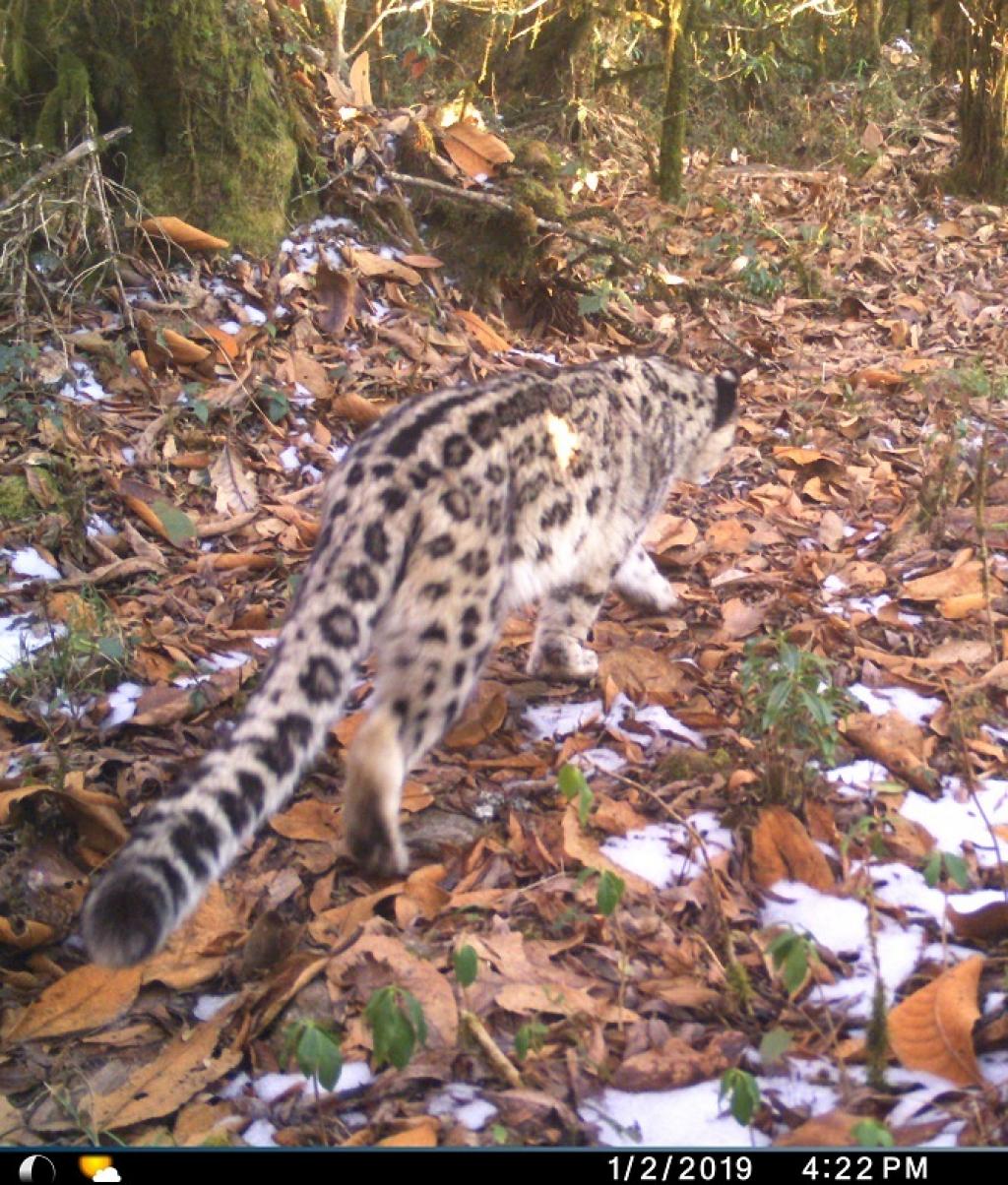 (*The historical narrative of tigers migrating from Pangolakha, East Sikkim to North Sikkim have been detailed after interviewing a senior retired forest officer with vast knowledge on the forests of Sikkim)