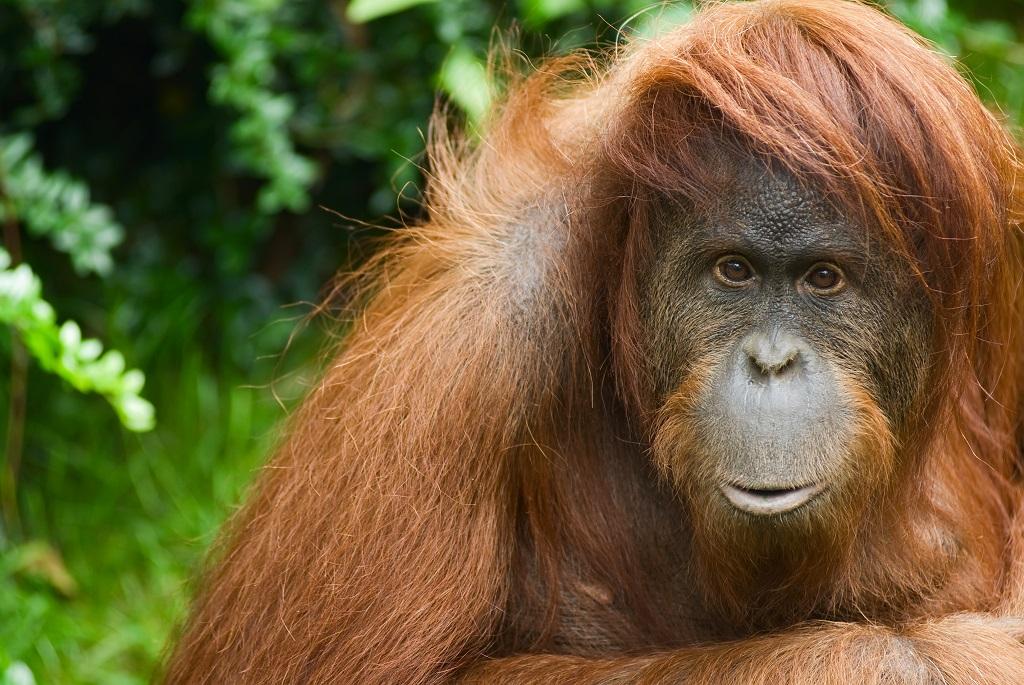 The  country’s only orangutan,  ‘Binny’, in Odisha’s Nandankanan Zoological Park, has been ill since more than a year as she has been suffering from a pouch wound in her throat. The zoo is located at Barang, on the outskirts of Bhubaneswar.

“Binny, who is 41 years of age, was brought to Nandankanan from Pune’s Rajiv Gandhi Zoological Park on November 20, 2003, when she was 25,” Saroj Sahoo, the veterinary assistant surgeon of the zoo said.

“She had been brought to Pune from Singapore. We are trying our best to save her. The normal life span of an orangutan is around 40. Hence, we are against the use of anaesthesia to treat her, as it could then put her life at risk. We were regularly consulting wildlife experts from the Central Zoo Authority and Odisha University of Agriculture and Technology for her treatment. Like people, some illnesses are harder to fight off among elderly animals. We all hope Binny will pull through this”, he added.

When contacted, Jayant Kumar Das, the deputy director of Nandankanan, said, “The serious wound on Binny’s mouth is not healing as she regularly scratches it. The Central Zoo Authority, New Delhi, sought a detailed report about the illness and her treatment from us and we recently submitted our report. Some veterinary surgeons and orangutan researchers from Indonesia offered their help to us for her treatment. We will soon chalk out our plans about further treatment of the orangutan,” he said.

However, Sanjiv Kumar Das, an animal rights activist and the secretary of People for Animals’ Odisha unit alleged that Binny’s health took a turn for the worse only recently, due to negligence of the zoo officials.

“Binny has been let down by the zoo officials. We urged them to allow international vets to treat her. But they did not pay any heed to our pleas. Now she is in a moribund condition. It may now be too late to help her even if international vets were allowed in. I am worried that Binny will die if this situation continues. If that happens, there will be no orangutan left in India”, said Das.

Orangutans are one of the world’s three extant species of great apes and are native to Indonesia and Malaysia. Orangutans are currently found only in the rain forests of Borneo and Sumatra. Classified in the genus Pongo, they were originally considered to be one species. Orangutans are among the most intelligent primates; they use a variety of sophisticated tools and construct elaborate sleeping nests each night from branches and foliage.

The apes have been extensively studied for their learning abilities. In the wild, they can live to be about 45 years old, but often live longer in zoos. “Zoos all over the world claim their orangutans are there for conservation efforts. However, only a few actually go to the extent of protecting wild populations and habitats”, said Das.

Binny has been alone in her zoo enclosure since her arrival in 2003 as the zoo officials failed to arrange a male for her. It is wrong on the part of the zoo officials to keep any animal without its partner, added Das.