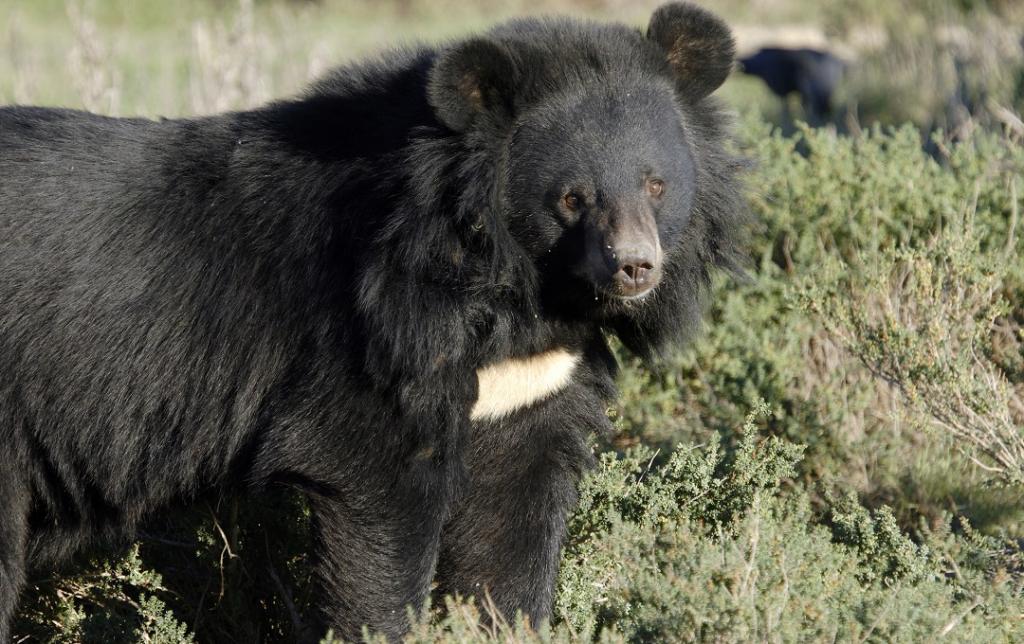 Kashmir’s human-wildlife conflict has become extremely ghastly and gruesome, with Himalayan black bears and leopards increasingly preying on young children. The attacks are ringing new alarm bells in the region.

A statement from the Department of Wildlife Protection Kashmir affirms that human-wildlife attacks have escalated in the past few years.

“The two most pressing human-animal conflict situations that plague human spaces in the Kashmir region today involve Himalayan black bears and leopards. Human-wildlife conflict is not a new phenomenon. But it has certainly escalated greatly in the past few years in Jammu and Kashmir.”

Nearly 200 people have been killed and over 2,000 have been injured in Kashmir’s human-wildlife conflict since 2011, according to official data. The numbers escalated during the COVID-19 pandemic.

In June, a man-eater devoured three children in Uri, Baramulla. The wildlife department has mobilised hunters to trace the man-eater. But the concern over the safety of the children is rising daily.

On July 6, Mehraz Azad was playing in his uncle’s courtyard when a leopard pounced on him and dragged him away by his neck in the Rajwar village of Kupwara district. Thirty minutes later, the boy was found with a mauled face and body. He died in hospital later.

Seven-year-old Ehsan Ahmad Shah left home for his routine playtime on the balmy day of August 8, 2022. His family grew uneasy at twilight when he didn’t return.

Shah’s family live in the Wagoora area of Baramulla district, north Kashmir. The family is poor and survives hand to mouth. That night proved the longest for the family as their minor son became another young victim of Kashmir’s escalating human-wildlife conflict.

A man-eating leopard had killed a four-year-old boy Saqib Badana in Handwara, located in the Kupwara district bordering Baramulla a week before Ehsan was killed.

The child was playing outside his home in the Monabal Haril area when the man-eater swooped on him and critically injured him. He never recovered from the attack and lost his life.

Experts have blamed rapid urbanisation and deforestation for the conflict. The increase in Kashmir’s human population has changed wildlife habitat in the region, activist Raja Muzaffar, said.

“The population of these wild animals has decreased in forests and their habitat has shifted toward human settlements,” Muzaffar said.

“Encroachment of forest land through deforestation, increased military concentration, fencing of borders, construction of roads through forests and haphazard waste management have contributed to this upheaval,” he added.

“These wild animals attack children because they are vulnerable and mischievous. They usually tease bears residing on trees,” Mushtaq Pahalgami, an eco-campaigner, said.

“Kids don’t know the way out when they get caught in situations like these,” Pahalgami added. “But the fact is humans have unleashed this hell on themselves. We’ve disturbed the habitat of these wild animals and encroached their homes, leaving them with no option other than turning to human settlements for food,” he said.

Showkat Ahmad, a forest range officer in Kashmir, blames the conversion of paddy fields into orchards for the increased encounters between humans and wildlife.

“During the fruit harvesting season, we see an increased movement of black bears in human habitats,” Showkat said. “But usually, conflict lessens after the harvest ends. However, the sad part remains that children are now increasingly falling prey to these roaming wild animals.”

“Rather than blaming the animal, we humans should go for a course correction to save our children from these increasing wildlife attacks,” Pahalgami said.

“We should take stringent action against offenders and also work toward afforestation as it will increase the number of herbivores. That will, in turn, provide enough food for carnivores and they won’t come toward human settlements in search of food and end up preying on our children.”