The species, Cabomba Furcata, can lead to biodiversity loss and are a threat to ecosystem health 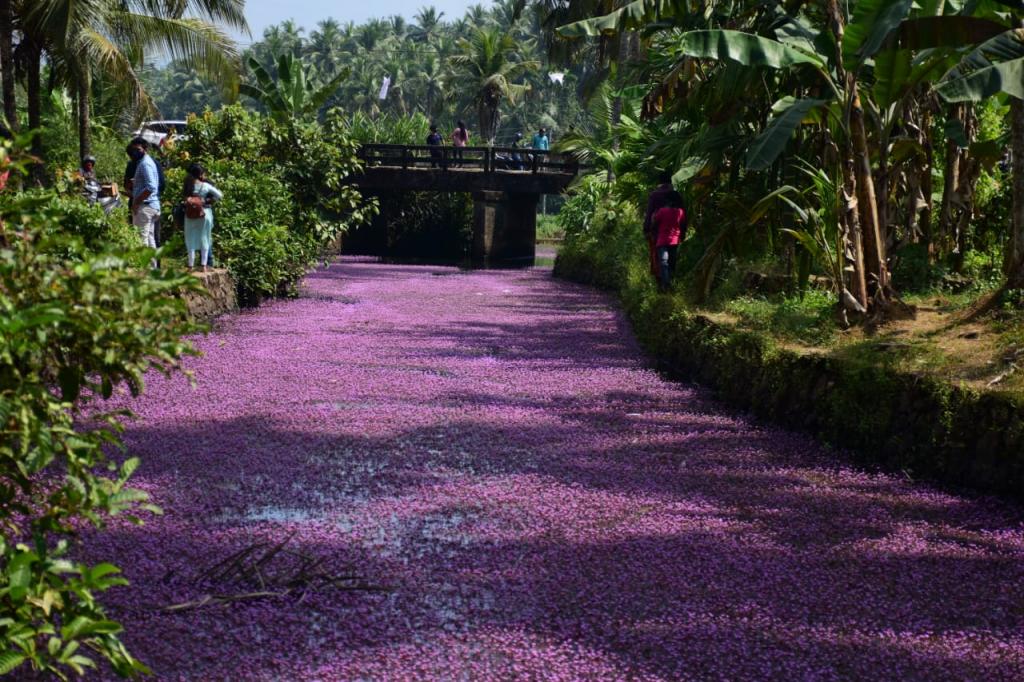 Avalapandi — a sleepy, remote agrarian village in Kerala’s Kozhikode district — is winning hearts and curiosity of tourists for a peculiar reason. The widespread growth of an aquatic plant has painted the water bodies pink, and hundreds have descended to the village in the middle of the novel coronavirus disease (COVID-19) pandemic to witness it.

The plant behind the ‘pink phenomenon’ is forked fanwort, which comes from the family of Red Cabomba (Cabomba Furcata), according TV Sajeev, senior principal scientist with Kerala Forest Research Institute (KFFRI) at Peechi near Thrissur.

Cabomba is a submerged perennial aquatic plant that grows in stagnant to slow-flowing freshwater. It dominantly belongs to Central and South America.

But the aesthetic it has lent to water bodies should not be celebrated, cautioned Sajeev, who visited the village with a team of experts.

“The plant will spread in the water bodies across the state, choking them as well as the drainage canals. It requires a huge amount of oxygen to grow and that could badly affect freshwater biodiversity. The water quality would also be affected,” he said. 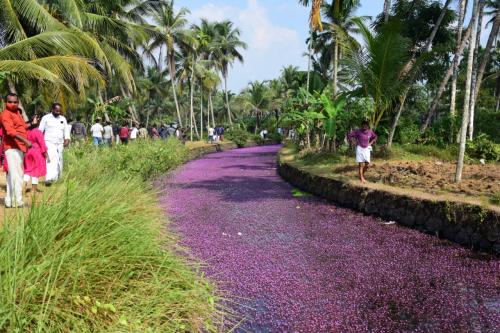 Invasive species are the second-biggest cause for biodiversity loss, next to habitat destruction

KFRI also conducted a field study and prepared a report on how the plant would affect the aquatic ecosystem, said Sajeev.

According to the report prepared by Sajeev along with V Aneetha, TK Hrideek, Karthika MN, ThusharNaduvallur and Sooraj M:

“Any biological species that are introduced outside their natural range and negatively impact the native biodiversity, ecosystem function, health and human welfare are called invasive alien species. They are the second-biggest cause for biodiversity loss, next to habitat destruction. Invasive alien species could reproduce rapidly and out-compete the native species for food, water and space.”

Among the measures to contain the spread of Cabomba include mechanical removal of Cabomba furcata and its drying on land; habitat modification to increase shading (planting trees); tarpaulin shade over Cabomba-infested area, especially where it cannot be mechanically removed; regular weeding on both aquatic and terrestrial habitats based on inputs from monitoring. 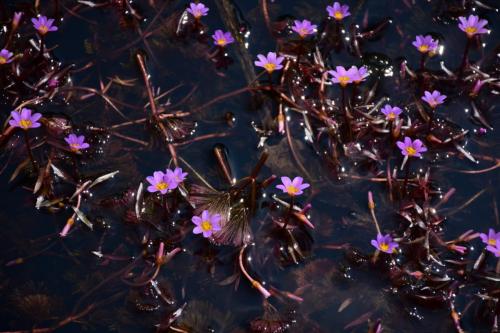 “It is a common aquarium plant and its widespread trade in the industry has led to its proliferation to areas outside of its native range. The main pathways of dispersal are humans by intentional aquarium plantings and via inappropriate disposal. It has beautiful flowers and dissected leaves, and is commonly used in aquaria,” he added.

He added Cabomba prefers nutrient-rich habitats. They can spread fast via stem fragments and form dense stands in water bodies.

“The plant has a high natural dispersal potential due to its ability to readily fragment and spread both actively and passively. Its main habitats include freshwater bodies such as rivers, reservoirs, ponds, irrigation canals and other shallow wetlands,” he added.

Not the first time

The first known information on Cabomba in Kerala became available in 1952. Later, in 1965 and 1966, embryological studies were carried out at the University of Madras, Chennai. A decade later, in 1977, Cabomba was first authentically reported from the environs of Cochin.

In 2003, the Cabomba plant was found around the industrial area of Eloor and Thottumugham in Kerala’s Aluva area, stretching approximately for around 13 kilometres. Around the same time, the plant was reported from several localities Ernakulam, Kottayam, Alapuzha and Pathanamthitta districts.

In the next decade, the Cabomba was reported from the Kole wetlands and Puzhakkal river of Thrissur district. The non-native alien flora and fauna can cause local extinctions of several species globally.

“Kerala has records of biological invasions dating back to the 19th century. It continues to experience several waves of alien invasions till today,” said Sajeev.

These species impact the ecology and economy by damaging the crops, recreational spaces and small home gardens. They pose significant health risks in some cases as well.

“The global climate change has been facilitating the spread and establishment of invasive alien species by creating new avenues for them. Thus the resilience of ecosystems is weakened by these species,” he added.

The invasion of Cabombas has led to a decrease in the diversity of native aquatic plants and caused economic losses by affecting the yield of freshwater fishes.

“In Avalappandi, invasive alien plants such as Mikaniamicrantha, Mimosa pudica and Sphagneticolatrilobata were observed in the terrestrial habitats. The aquatic ecosystems are under threat of Cabombafurcata and Salviniamolesta where the competition between these two species is clearly visible in the canal,” said Sajeev.

He added the key to controlling these species is to mechanically remove them from the water body and drying them in terrestrial spaces. People should stop collecting and transporting the plant and district authorities should initiate immediate measures to remove it from the invaded areas to prevent further spread.