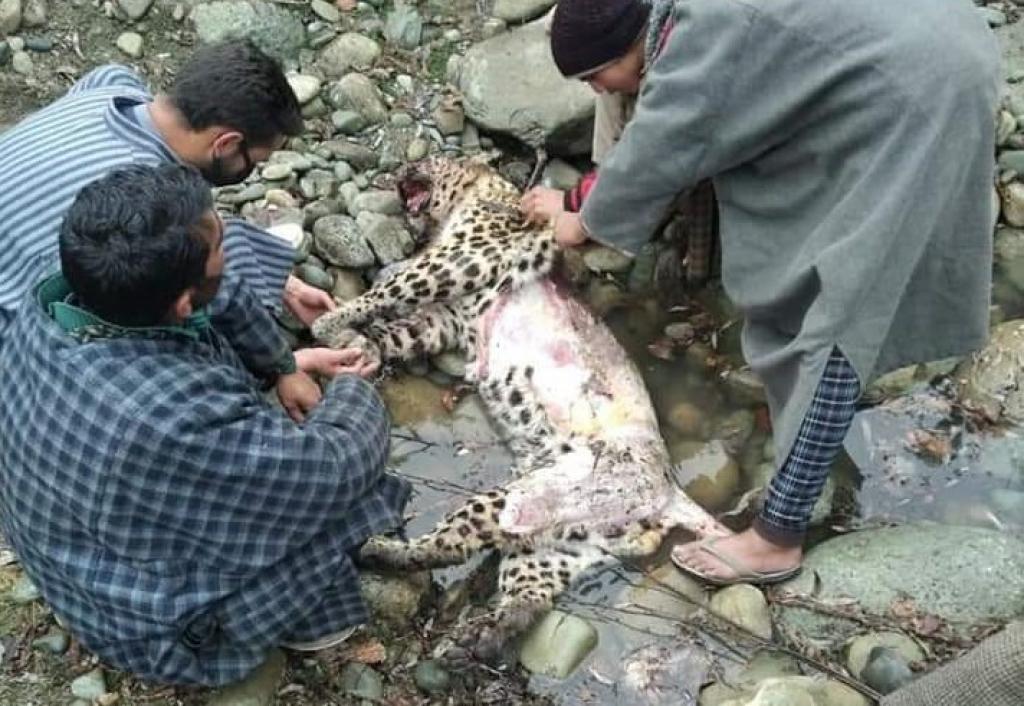 Villagers in the southern Kulgam district of Kashmir, some 100 kilometres south of Jammu & Kashmir’s summer capital, Srinagar, killed a leopard after the wild cat attacked people and injured several of them on April 2, 2020.

On April 3, an image appeared on social media in which three men could be seen skinning the animal.

The leopard was killed after it entered a village in the Manzgam area of Kulgam and attacked several men and women, Deputy Commissioner of Kulgam, Showkat Aijaz Bhat, said.

The leopard injured eight people after which it was attacked and killed by a mob of villagers, police officials said. All eight injured persons have been taken to a local hospital for treatment, the officials said.

“The village is very close to the forest and has been known for human-animal conflict for years. The villagers have apparently killed the animal to avenge the injuries to so many people. But killing the animal should have been avoided,” Bhat said.

The district administration and wildlife department has registered an FIR against those who attacked and killed the animal, Bhat added.

Stiff action will be taken against those who have violated wildlife laws, Rashid Naqash, the regional wildlife warden of Kashmir, said.

“Yes, this unfortunate incident has happened yesterday at Khodhajipora Noorabad in Kulgam, The mob killed the leopard reportedly in retaliation after the animal attacked and injured some persons in the village,” Naqash said.

“It took a while for our staff to reach the spot because of the lockdown. But they have now identified the culprits who had indulged in this act. We will soon initiate action against them,” he added.

Most people have condemned what they called barbarism against the wild animal and have demanded protection for both the vulnerable human population and wildlife.

But some have also raised questions as to what villagers, who often get attacked by wild animals, should do.

“Skinning the animal is condemnable! But I would like to know whether there is [any] alternate method [other than killing] so as to defend ourselves when attacked by such animals?” Sheikh Zada Idrees, a student from Baramullah, said.

“It is difficult to stop such incidents altogether, but we can certainly minimise the damage caused to life and property if certain Dos and Don'ts are adhered to by people to avoid the conflict with wild animals,” Naqash said on being asked as to what his department was doing to prevent such conflicts from recurring.

Such attacks were carried out by animals as a defensive mechanism and these could be reduced to a minimum number if required precautions were taken, he added.

Wild animals in Kashmir have often come down to human habitations in recent years and have attacked villagers in the valley, especially since armed conflict began in the region in the 1990s.

Animals have often been killed, captured or harmed in retaliation and these conflicts are a major threat to the continued survival of many species including the Asiatic Black Bear and the Common Leopard.

In the winter of 2006, a frenzied mob burnt a bear to death in a hamlet of Kashmir’s Tral township. Over the last few years, there have been many incidents where people have tried to capture wild animals or kill them. 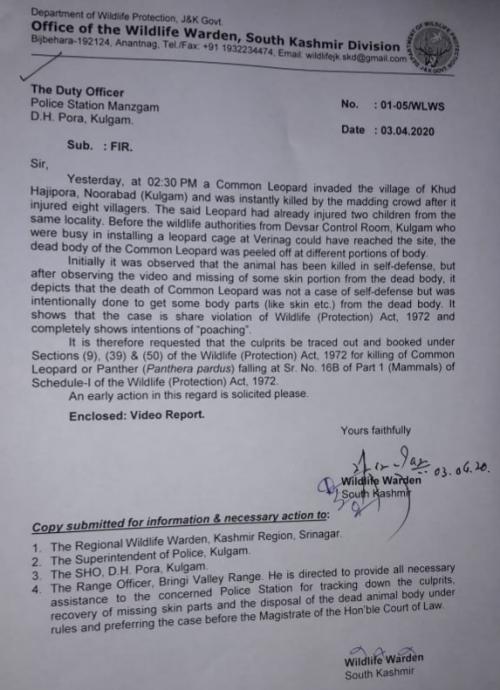