Leopards: How India can learn to live with them

Their easy adaptability brings them close to human settlements. Can we coexist? 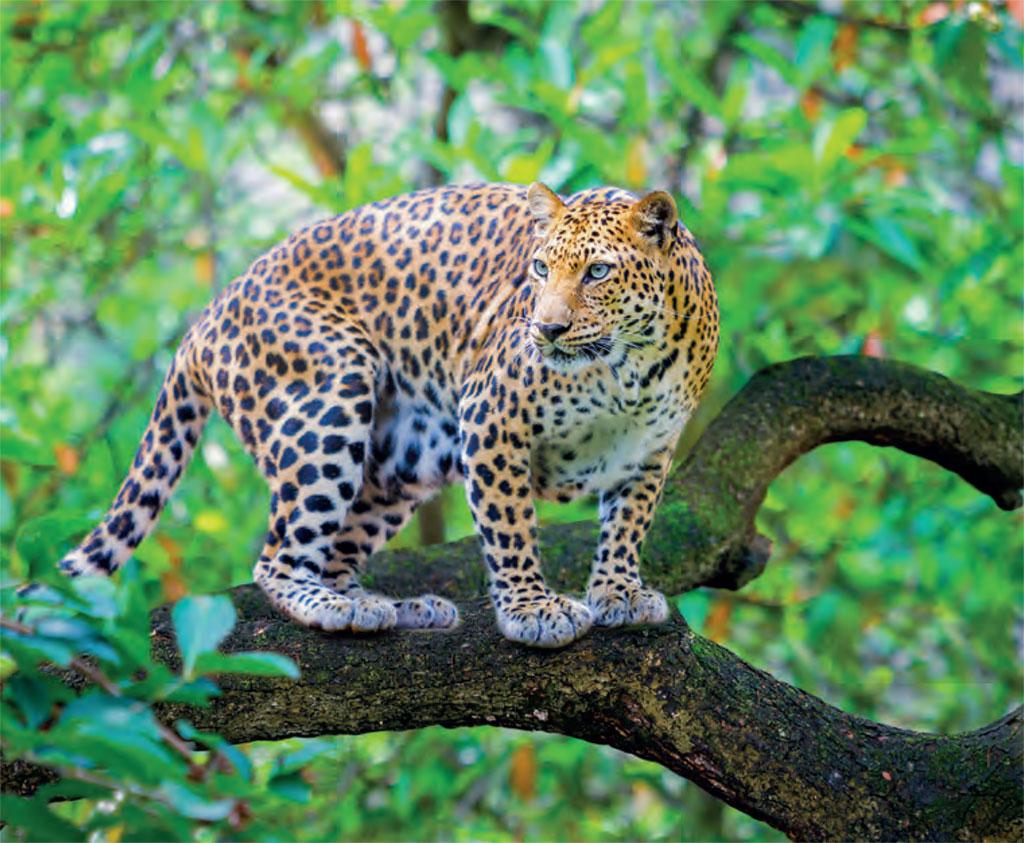 International Tiger Day 2021, commemorated on July 29, was unique for India. For this is the day when Union Minister for Environment, Forest and Climate Change Bhupender Yadav chose to shine a light on a smaller but equally charismatic cat, by releasing the Status of Leopards, Co-predators and Megaherbivores-2018 report.

The report does well to capture the complex nature of the leopards’ existence in the country. “Leopards are extremely versatile and occur in almost every kind of habitat, from the rainforests of the tropics to deserts and temperate regions. The Indian subspecies, Panthera pardus fusca, is found in all habitats of India, absent only in the arid Thar desert and Sundarban mangroves. They serve as major predators in most of the forested landscapes in India and are sympatric with tigers, lions and dhole,” it says. Species that exist in the same geographical area as others and frequently encounter each other are considered sympatric.

“In comparison to other large carnivores, leopards are quite adaptable with respect to their habitat needs and food requirements, being found in agro-pastoral landscapes, plantations and near human habitation (both rural and urban),” it says.

This trait of easy adaptability has in recent times caused much trouble for both humans and leopards, if one goes by media reports. From Srinagar in the Kashmir Valley to the Brahmaputra Valley in Assam, Gir National Park in Gujarat and Kalakkad-Mundanthurai Tiger Reserve in southern Tamil Nadu, there is no area in the country that has not seen incidents of human-leopard conflict.

Not all confrontations are dangerous. The leopards of Sanjay Gandhi National Park in Mumbai are famous globally as the only other top-notch carnivores that live in relative peace alongside humans, apart from the mountain lions of Los Angeles, US.

A March 27, 2019 study titled Monitoring Density & Movement of leopards in and around the Sanjay Gandhi National Park 2018 noted that the park had 47 adult leopards and eight cubs.

But a majority of encounters, as covered in the news, involve panic and chaos when a leopard enters a human settlement. Eventually, the forest department steps in and captures the “rogue” animal. This only causes more harm.

Ecologist Vidya Athreya, one of the country’s foremost leopard experts, did a landmark study in 2010 titled Translocation as a Tool for Mitigating Conflict with Leopards in Human-Dominated Landscapes of India.

In it, she notes that by translocating ‘rogue’ leopards from human settlements to other areas, forest officials ended up bringing them into conflict with resident leopards that would not tolerate an intruder on their territory. This subsequently led to more attacks on human settlements.

This constant cycle of human-wildlife encounters has led to a long-term decline in leopard population not just in the country, but also globally, notes the Status of Leopards, Co-predators and Megaherbivores-2018 report.

“Current distribution and number of leopards have significantly decreased across their global range due to habitat loss, prey depletion, conflict with human interests and poaching over the last century,” it says.

The report estimates this loss to be around 48-67 per cent in Africa and a higher 83-87 per cent in Asia. It also alludes to a recent genetic study in India that says human-induced factors have led to a 75-90 per cent decrease in leopard numbers over the last 120-200 years.

“These threats have resulted in IUCN (International Union for Conservation of Nature) changing the species status from ‘Near Threatened’ to ‘Vulnerable’. Often parts and products of leopards are illegally traded as tiger parts and the impact of poaching on leopards is significant.

Therefore, the leopard is also listed in Appendix I of the Convention on International Trade of Endangered Species of Wild Fauna and Flora (CITES) and in Schedule I of the Wildlife (Protection) Act 1972 in India providing it with the highest level of protection,” the report adds.

How to safeguard our leopards

So how do we tackle the vexing problem of conserving a cat that adapts fast, frequents human habitations, and eventually suffers the most? To start with, we need to improve the existing database on leopards.

In December 2018, there was a debate among wildlife experts on the need for a separate leopard census, in light of the opinion that the previous leopard census in 2015-16 had “piggy backed” the tiger census as it was restricted to states with established tiger ranges.

“You cannot ‘piggy-back’ leopard surveys on tiger surveys, because there are vast areas where the distributions of the two species do not overlap. While knowing the dynamics of a specific leopard population in a reserve or management unit is useful if estimates are made rigorously, wider scale regional leopard numbers have no utility—and in any case—they are far too difficult to derive rigorously,” noted conservationist K Ullas Karanth had told Down To Earth at the time.

Mayukh Chatterjee, head of Delhi-based non-profit Wildlife Trust of India’s Human-Wildlife Conflict Mitigation Division, had added, “a new leopard census would be welcome. But the question is how do you do it? Leopards share habitat with both, tigers and humans. They reside in protected areas as well outside them in agricultural fields, scrublands and riverine tracts. How do you count such a widely distributed population? Secondly, what would the estimation give you? We all know that there are substantial numbers of leopards and that they are well distributed.”

Noted wildlife ecologist Sanjay Gubbi in his new book Leopard Diaries: The Rosette in India released last year on leopards, also points to preservation of natural landscapes as a way to save the feline creatures.

Next comes the problem of human-leopard conflict. Vidya Athreya had in 2019 offered some practical solutions for this. “Our studies show that wildlife in rural areas are nocturnal. You have to realise that villages, unlike urban areas, go to sleep once it is dark. For wildlife, it becomes a truly ‘wild’ landscape as most people are asleep. This is what our radio-collaring studies on leopards in these landscapes showed—that they are active when humans are asleep and they are asleep when humans are active. They have adapted to minimise problems with people. It is important for humans when they are going into the fields in the night to make some noise. Today, they can play songs on their mobile phones. This can ensure that the leopards know that a human is coming and they will move away. A simple rule: whenever you see any wild animal, do not go towards it. Walk away.”

Simple or not, these and other measures need to be taken quickly to save leopards, for the clock is ticking.